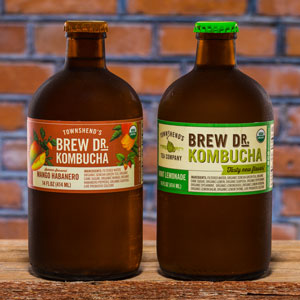 After over a decade of steady, incremental growth, 2017 was the year in which Brew Dr. Kombucha ascended to elite status within this ever-expanding beverage category. Drawing from parent company Townshend Tea’s expertise in ingredients and craft production, the Portland, Ore.-based brand has created a range of brews with appeal to both hardcore kombucha enthusiasts and newcomers alike. During the past year, the company made major strides forward in sales and distribution outside of its home base in the Pacific Northwest, landing placements at Target and Costco stores on the West Coast as well as having its Clear Mind flavor picked up nationally at Trader Joe’s. After doubling sales to nearly $12 million in 2016, Brew Dr. is poised to build upon its captivating blend of delicious product and engaging brand identity.