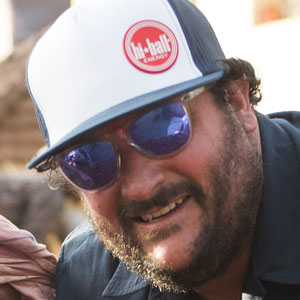 It’s hard not to like Todd Berardi. Good-humored, enthusiastic, and firmly individualistic, people root for him. But charisma can only get you so far – the reason Todd Berardi is BevNET’s person of the year for 2017 is that he’s showed an admirable knack for making the hard decision, for never exceeding his own grasp, and for demonstrating incredible perseverance while never selling out the core principles of HiBall: organic sourcing, great design, great taste, good times. For years, he kept the company an inch wide and a mile deep, guidance that’s often cited but rarely followed. That doesn’t mean that Todd has just been conservatively sticking to his knitting – he took the brand into and out of categories like protein and coconut water to see what fit, but he was never afraid to kill something that didn’t make the cut.  Todd took a risk about 18 months ago, spending significantly to increase his approach to marketing and to grow a deeper national sales force -- but even before the results of that spend could be fully realized, Anheuser Busch InBev swept in. The purchase of HiBall, a comparatively tiny brand, by such a giant beer company, doesn’t mean it’s about to expand overnight into a threat to Monster or Coke. But the fact is that the big company brass recognized what Todd and his core team – aka Alyssa and Dan – have managed to do over this 12 year trip: keep up the quality, never stop trying things, never over-promise, and always deliver a really good time, be it in a bottle, in a can, or in person. Todd Berardi is BevNET’s 2017 person of the year because we knew him when, we know him now, we know how it happened, and we all know why. It’s a good feeling to be able to recognize that, and to have it inspire the rest of us.