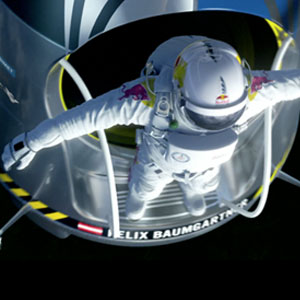 It was breathtaking, audacious, exhilarating, and remarkable – and we’ve barely scratched the surface in describing Red Bull Stratos. the winner of BevNET’s Best Marketing Campaign of 2012. Calling it a mission “to transcend human limits,” Red Bull – which is known for attaching itself to a range of extreme sports and eclectic athletes - began its sponsorship of the Stratos project nearly seven years ago. The goal? To launch daredevil Felix Baumgartner 24 miles into the stratosphere, where he would make a freefall jump toward Earth and reach supersonic speeds before parachuting – and safely landing – back on the ground. While the mission was undoubtedly expensive and loaded with risks, Baumgartner’s recordbreaking leap was an incredible success, in more ways than one. The live feed of the jump, which took place in October, was broadcast by 40 television networks in 50 countries, and watched by eight million concurrent viewers on YouTube, the largest in the website's history. In the words of one media analyst, Red Bull’s sponsorship of the project “transcended sports and entertainment into Pop Culture, hitting new consumers that [the company] does not usually capture, and on a global scale.”