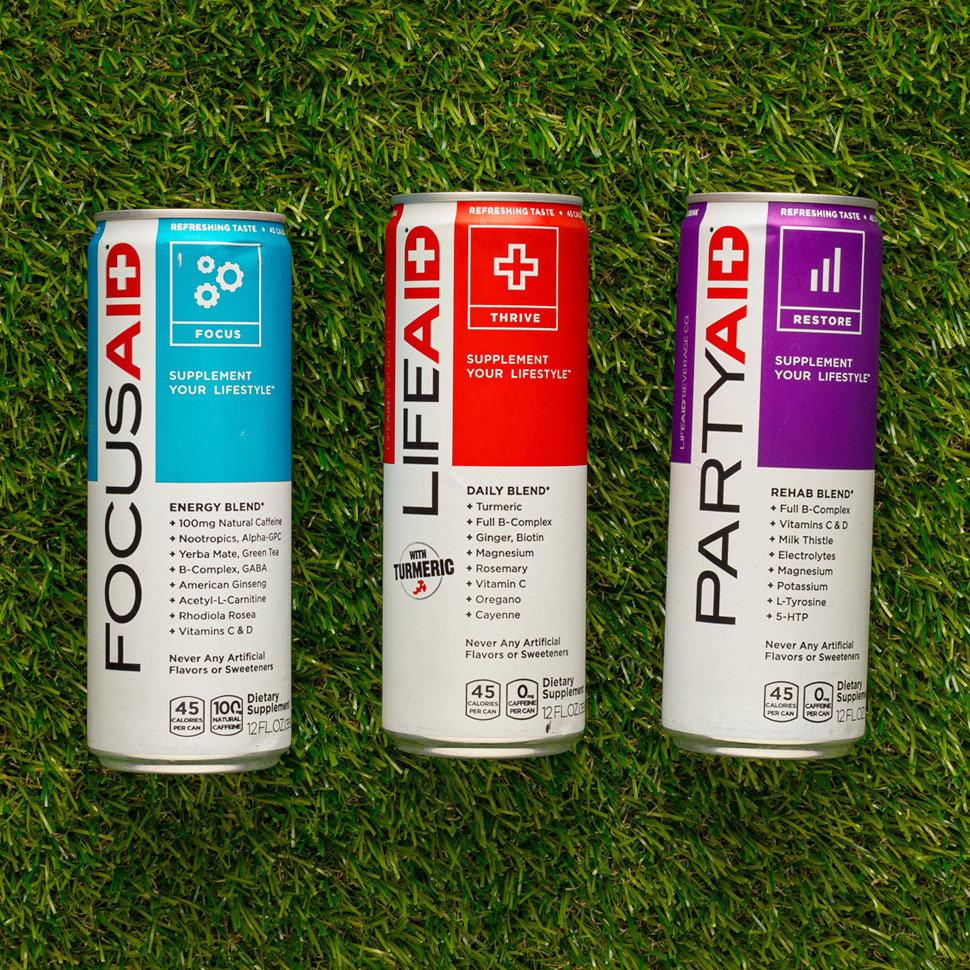 When functional beverage brand LifeAID first made a name for its workout-based FitAID line through its partnership with Crossfit, it seemed the company had settled into a strategy of cornering niche target demographics through a focus on hyper-specific use occasions such as partying, travelling and golfing. But after several years of incremental gains, 2019 finally saw LifeAID and its entire product portfolio break into the mainstream. This past year the company’s risky take on functional beverages saw a vast expansion as it tripled its retail footprint, established a robust DSD network in the West, and made nationwide expansions in major outlets like Walmart and CVS. Co-founders Orion Melehan and Aaron Hinde said that LifeAID’s mainstream breakout was always the long term plan, even as it spent years with an emphasis on narrow channels -- part of an “incubation” strategy that through close customer relationships and ROI driven marketing is finally seeing validation in the broader market. Earlier this year, LifeAID raised $7.7 million in April to fuel this growth and now with Fitness, Focus, Immunity, Partying, and Golfing all covered, the company has introduced sugar free varieties with FitAID Zero and FitAID RxZero. And the innovation isn’t done yet: the brand has announced CBD as the latest addition to its beverage portfolio -- making it one of just a handful of established brands to date to jump into the hemp space.