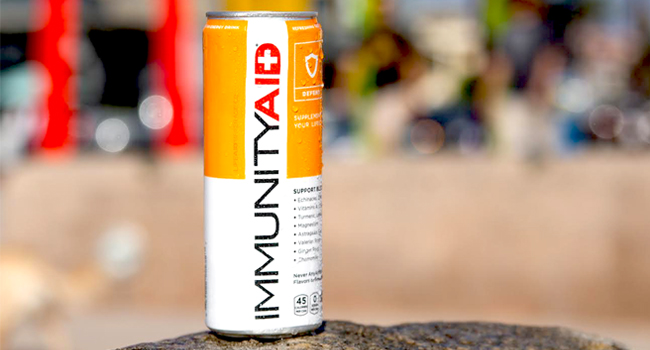 Reporting an 169 percent increase in sales for 2018, LIFEAID Beverage Company announced last week it is aiming to triple its retail presence to at least 18,000 doors this year, including Walmart, Whole Foods, Kroger, and Sprouts stores.

The announcement comes as the company prepares to expand chainwide at Walmart with its FitAid, FocusAid, and ImmunityAid SKUs, as the retailer looks to grow its functional beverage set with national and regional brands. LIFEAID VP of sales Dan Leja told BevNET the company entered 429 stores Walmart last year and that the expansion marks a ten-fold increase.

The company has also expanded in Kroger; according to Leja, LIFEAID has experienced a “natural evolution” with the retailer, having first entered with a 40-store test in the Texas market in 2016 and slowly expanded over the past two years. The latest expansion brings the brand’s presence to 15 Kroger divisions, which Leja said is about 1,500 doors.

LIFEAID has also reformulated its nootropic-based FocusAid line to double its caffeine content to 100 mg per can. Leja said the SKU is projected to grow more than 500 percent in 2019 and will make up 40 percent of the company’s total placement.

Leja said the company is also seeking to increase brand awareness by working with “micro influencers” who can appeal to the company’s niche target demographics. LIFEAID will seek to grow its FitAid line within yoga studios, while the company is recruiting musicians and DJs to promote its PartyAid line.

“We really want to piggyback off of what we’ve done with FitAid and building the name within the Crossfit and functional fitness space,” Leja said. “It’s not gimmicky or anything like that. We’re truly passionate about the offerings that we have and we want to portray that in a professional manner.”

On the West Coast, LIFEAID is also building out its DSD network to service the convenience channel, working with distributors Hensley in Arizona, Golden Beverage in Utah, Bonanza in Nevada, and New Age in Colorado. The company is negotiating contracts currently to service the entirety of California and the Pacific Northwest.

“By building out this proof of concept we wanted a story we could take to distributors and not just sell them on hopes and dreams,” he said. “Most of our retail authorizations started in the west, so that’s why we’re building our DSD footprint there. We also have some high level meetings coming up in the Northeast in the coming weeks to start carving out a DSD footprint there as well.”

CELSIUS To Expand in China with Royalty License Agreement

Celsius Holdings Inc., maker of fitness drink brand CELSIUS, has signed a new royalty and licensing agreement with manufacturer Qifeng Food Technology Co., which exclusively produces and markets Celsius products in China. The company announced today that Qifeng has acquired the licensing rights for $6.9 million to be paid over the first five years of the agreement.

Starting in 2024, Celsius will receive an annual license fee of between 2-3 percent of sales dependent on annual volume, at least $2.2 million per year.

“These agreements represent a significant milestone in our partnership that will create mutual benefits for our organizations,” said president and CEO John Fieldly in a press release. “It enables Celsius to continue to expand its footprint in the very important China market while significantly mitigating our risk and eliminating the need for additional investments, which allows Celsius to focus its working capital on the US and other emerging markets.”

Celsius has long been focused on growing in the Asia market, initially partnering with Qifeng and launching in mainland China in September 2017. The company had previously launched in Hong Kong and Singapore.

In an announcement to shareholders in November, Fieldly said Celsius was available in more than 33,000 locations in Asia, adding that the company has “established an infrastructure, including distribution, sales, marketing and operational logistics that will support exponential growth as brand awareness increases.” 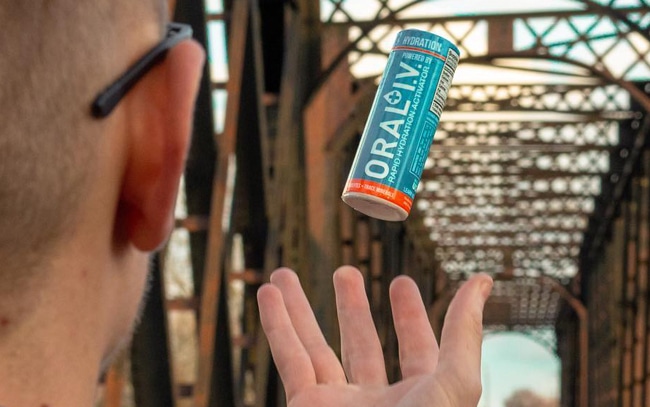 To date the brand’s placements have been omnichannel, including grocery stores like Hyvee, as well as chiropractors offices, convenience, and gyms, as well as a direct-to-consumer ecommerce platform.

“Our website and Amazon has been a big driver for us, and we’ve let the retail side of it grow at its own pace,” Jones said. “But this year we plan on really growing it out.”

Indiana-based kombucha maker Circle City has partnered with CBC Specialty Beverage to expand distribution in the Chicagoland market. The company produces a line of 12 oz. and 32 oz. bottles as well as kegs.

“Circle City Kombucha is crafted to provide healthy, approachable beverage options to the Midwest,” said Skylar Williams, co-founder and Head of Product Development, in a press release. “Chicago represents a large & diverse population of Midwesterners and we are excited to become a beverage partner in the community here.”

Hydration-focused beverage brand Hoist has added Kroger divisions in Cincinnati and Atlanta with distribution set to begin in April, the company announced this month in a press release. The partnership will add a total 313 stores throughout six midwest and southern states.

“We’re excited to partner with the crown jewel of grocers and expand distribution throughout the Midwest and Southeast,” said Hoist VP Ben Schmidt in a press release. “Kroger has an expansive reach, and we look forward to hydrating even more consumers throughout these divisions. It’s great timing as the weather starts to heat up in both markets and consumers look to stay hydrated during the hot summer months and beyond.”

The expansion comes as Hoist grows its advisory board, adding Wornick Foods president and CEO John Kowalchik. According to the release, Kowalchik will work to grow Hoist’s presence in U.S. military channels.