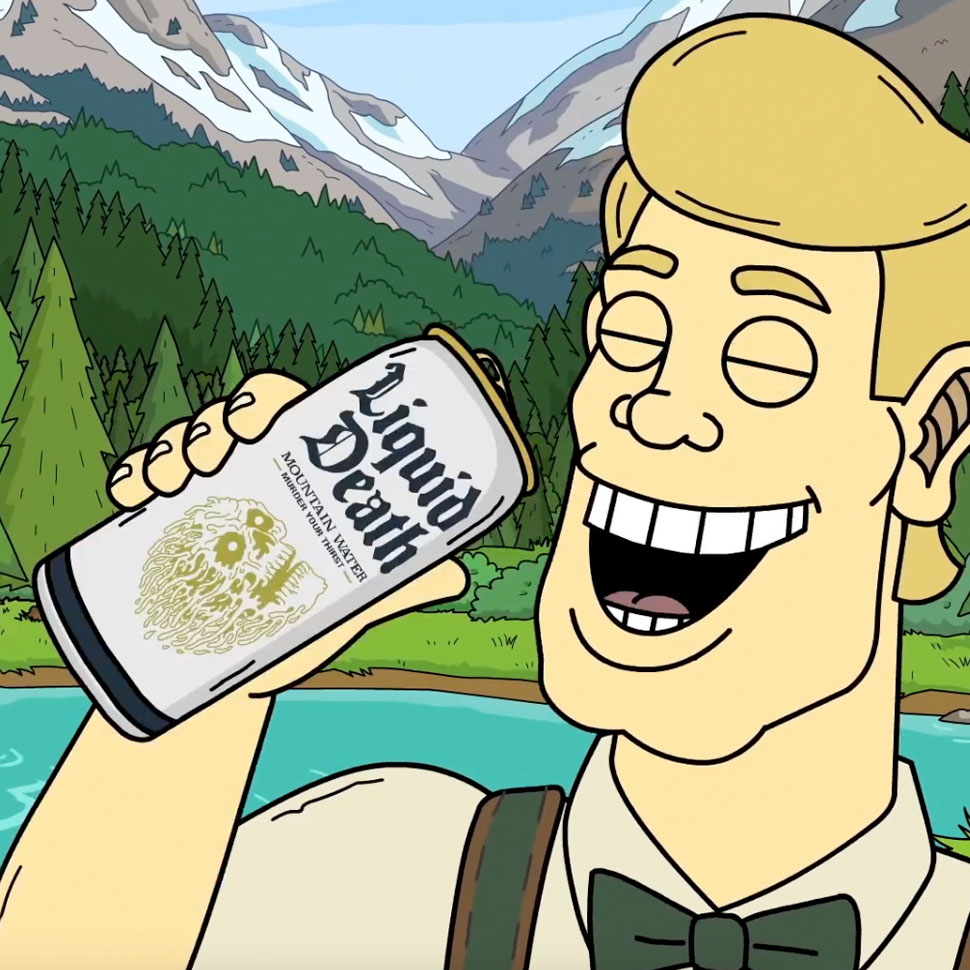 What would it take for you to sell your soul? Fame? Riches? Power? Maybe that’s thinking too big; as we saw this year, Liquid Death found thousands of people who would readily risk eternal damnation for a free can of water. The California-based startup made waves this year with a campaign to give out free cans of water to anyone who signed a legally binding contract (drafted by what we’re told is a real lawyer) giving the company ownership of their souls. But that’s barely scratching the surface of Liquid Death’s marketing prowess. Founded by advertising creative Mike Cessario, the brand has made a face-melting impact this year by speaking directly to a targeted set of dark-humored consumers and hitting the mark every time. The company has released videos showing a hapless captive being waterboarded with their product, encouraged people to send in photos of their urine for a nutritionist to judge their hydration level, and even hired a witch doctor to put a demon-summoning curse on their entire October production run (they then sold the demon-reversal spell online for $1). The collective result has been countercultural street cred; it’s no wonder actor Joe Mangianello, whose streetwear line Death Saves follows a similar aesthetic, signed on as an ambassador and investor in August.

Liquid Death doesn’t want to be for everyone and they’re more than happy to offend conservative sensibilities. But the heavy metal approach has resulted in a loyal consumer base with plenty of room to grow. And if the company holds onto those souls, they could have that consumer in their pocket literally forever.