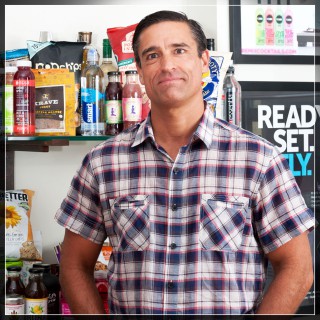 For entrepreneurs, it’s often set up as a binary: take on investors, lose independence. But in a high-cost business like beverage, the need for backing comes early, and the search for capital often begins well before the proof of concept. It’s often a case of trading that independence for a fighting chance.

With so much hard work and so many dreams invested in a brand, it’s hard for founders to frame the idea of ceding control in exchange for the chance to grow: some are happy to take on money and engage investors as advisors as well; others are looking for passive capital. But even silence has a cost — at some point, if things don’t go well, money will talk.

To help BevNET Live’s community of brand owners think through the trade-offs between independence and investment — and the ways that risks can be mitigated and fears better understood — attorney Nick Giannuzzi will speak at the event. Giannuzzi, who has worked with dozens of food and beverage companies as they raised capital, including Glaceau, Vita Coco, Runa, Mamma Chia, Essentia and more, will be speaking on several of the ideas that are on the table when discussing independence.

Giannuzzi’s talk will introduce companies to ways they can measure their position relative to their financial options to determine the range of outcomes that can come from a raise — including when the timing is advantageous, and when it risks more loss of autonomy than founders can bear. A fierce advocate for his clients, Giannuzzi also helps them think through times when some loss of control might be a reasonable choice for a troubled company. His talk will provide a framework for founders and CEOs to understand their own tolerances when it comes to for fighting for independence or fighting for growth.

Haven’t registered yet? With just over 2 weeks left until the conference, limited tickets remain. Make sure you don’t miss your chance to attend.

If you’re in the planning stages or you’re brand is under two years old, a limited number of discounted tickets are available. Please contact Jon Landis at jlandis@bevnet.com or (617) 231-8834 for more information.

Since January of 2011, Nick Giannuzzi has served as Managing Partner of The Giannuzzi Group, LLP – a premier boutique law firm specializing in the representation of fast-growing, independent companies in the hospitality, food and beverage industries. Prior to forming The Giannuzzi Group, Mr. Giannuzzi was a partner at Donovan & Giannuzzi from 1996 through 2010 and an associate at Winthrop, Stimson, Putnam & Roberts from 1992 to 1996. Mr. Giannuzzi received a B.A. from Harvard University in 1989 and a J.D. from New York University School of Law in 1992.

Mr. Giannuzzi served as outside general counsel to Glaceau, the owner of the Vitaminwater and Smartwater brands from the formation of the company until the sale of the company in 2007 to Coca-Cola for over $4 billion. He also served in the same capacity on behalf of Town Sports International, the parent company of New York Sports Clubs from 1997 to 2010, providing legal assistance and guidance to the company in connection with its growth from 6 health clubs to approximately 160. More recently, Mr. Giannuzzi served as outside legal counsel and a board member of Nurture Inc., d/b/a Happy Family, a leading organic baby food company until June 2013 when he oversaw the sale of the company to Group Danone. In 2015, Mr. Giannuzzi oversaw the sale of KRAVE Jerky to The Hershey Company for $220 million. The Giannuzzi Group currently represents over 120 high-growth consumer brands companies located through the United States. Mr. Giannuzzi, on behalf of his clients, has recently completed sale and financing transactions with Pepsi, General Mills, Bacardi, Hain Celestial, Group Danone and other multi-national strategic companies. Mr. Giannuzzi also recently became a member of the board of directors of Committed Capital Acquisition Corporation (OTC QB: STKS), a publicly traded company which recently merged with The ONE Group LLC, a hospitality company that owns the “STK” brand of restaurants and develops and provides turn-key food and beverage services for high-end hospitality venues.

BevNET Live takes place on June 2 and 3 at the Metropolitan West in New York City. The BevNET Live program is designed to help entrepreneurial beverage companies of all sizes explore potential strategies for growth while building community. Speakers address the problems and challenges associated with moving across channels of trade, building established organizations, and consider capital structures that can fuel long-term success. Thought leaders like investors, retailers, distributors, suppliers, marketers and entrepreneurs join in moderated conversations and case studies designed to provide executable ideas for innovative beverage companies that are trying to reach their next level, while also sharing and enjoying networking in a highly collegial environment.