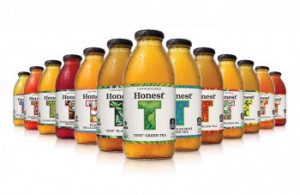 (Bethesda, MD)—November 4 2014—Honest Tea’s fifth annual Mission Report reveals a marked increase in the amount of organic ingredients purchased by the company from 2007-2013. In 2013, Honest Tea purchased 6,536,948 lbs., up from 790,000 lbs. purchased in 2007, the year prior to the investment by The Coca-Cola Company.  This eight-fold increase in seven years is in line with the tremendous growth of Honest beverages sold in the U.S. that enabled the mission-driven company to hit a major milestone in early 2014 with the sale of its one billionth beverage.

“It’s exciting to see how our growth is starting to have an influence on the decisions our supplier communities make about whether they should choose organic and/or fair trade practices,” explained Honest Tea’s co-founder & TeaEO Seth Goldman. “While we’ve made a lot of progress, this mission report helps us understand how much more we have to do.”

The report explores topics such as the social investments in communities where ingredients are sourced; examination of continued efforts to reduce environmental footprint through packaging changes and resource management; and the role of engagement and communication with consumers in an effort to move the mission of democratizing organics forward.  Report highlights include:

Honest Tea seeks to create and promote great-tasting, healthier, organic beverages and extend economic opportunities to communities in need. Founded in 1998 in Bethesda, MD, Honest Tea is the nation’s top-selling organic bottled tea company, specializing in beverages that are Just a Tad Sweet®.  Honest Tea’s product lines include: ready-to-drink bottled teas, Honest® Ade and Honest® Kids organic thirst quenchers, Honest® Freshly Brewed iced tea, and Honest® Fizz zero calorie sodas. All teas and juice drinks are USDA Organic and all tea leaf varieties are Fair Trade Certified™. In addition to being recognized by the United States Healthful Food Council for helping change the food landscape, Honest Tea is a multi-year winner of awards from the Alliance for Workplace Excellence and a Montgomery County, MD Certified Green Business.  Honest Tea has won Men’s Health “Best Bottled Tea” for seven years and has been included in Women’s Health magazine’s “125 Best Packaged Foods for Women” for the last three years in a row.  Honest Tea is an independent operating unit of The Coca-Cola Company.  For more information: www.honesttea.com.

Crown to Open New Aluminum Can Production Facility in Nevada

These Are the RTD Cocktails We’re Sipping in September