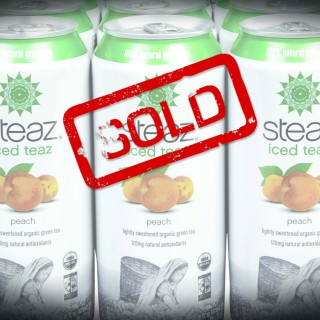 First Beverage Financial announced the sale to an unnamed “privately-held strategic buyer” in a press release on Thursday. Financial terms of the deal were not disclosed.

In the release, Steaz CEO Linda Barron said the transaction “will provide the company with resources and strategic synergies to further accelerate the growth of the brand.” Reached via e-mail Thursday, Barron declined to comment further on the sale.

“We were very pleased to have worked with Linda and the Steaz team on this transaction, which provided the former shareholders with liquidity and brought the Company a new, value-added strategic partner to help accelerate the Company’s growth initiatives,” added First Beverage Group managing partner Nicole Fry. “Steaz has created a one-of-a-kind green tea-based beverage platform that is extremely well-positioned and poised to be one of the leaders in the tea and functional beverage categories.” 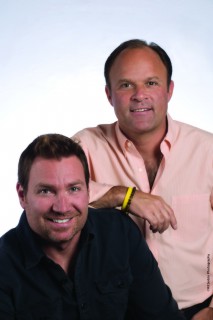 One of those aforementioned former shareholders, Steaz co-founder Eric Schnell, who left the company in 2010, expressed a different sentiment in a statement to BevNET.

“I’m very proud that the vision I originally created in 2002 for a triple bottom line, ethically sourced soft drinks brand – one that could show Big Soda a better way – has grown over the years into a leading organic and fair trade beverage brand that now stands at the doorway to take that dream internationally through a strategic acquisition process,” Schnell said. “But as Steaz has been on a strong growth curve recently, I do believe that it’s disappointing timing for many of our early shareholders whom had hoped the company would achieve its next milestone before an outright acquisition.”

In April BevNET obtained a First Beverage-produced presentation on Steaz dated September 2015 that indicated the brand was on track to generate more than $17 million in gross sales for the year and was seeking a $30 million minimum bid to acquire the company. The documents also projected Steaz to “increase its revenue at a compound annual growth rate (CAGR) of 47 percent from 2013 to 2019 driven by continued growth in the natural channel, expansion into new channels and new product launches.”

With the bulk of Steaz sales still coming out of the natural channel, the presentation indicated that “significant white space” remains for the brand which is still “significantly underpenetrated in conventional, mass, club, drug and convenience channels.”

First Beverage Group did not respond to requests for comment.

First Beverage Group’s press release can be found below:

Los Angeles, CA – August 11, 2016 – First Beverage Financial, the investment banking arm of First Beverage Group, announced that it acted as the exclusive financial advisor to Healthy Beverage, LLC d/b/a The Healthy Beverage Company and Steaz (“Steaz” or the “Company”) in its sale to a privately-held strategic buyer. Founded in 2002 and based in Doylestown, Pennsylvania, Steaz develops, sources and markets organic, fair trade, ready-to-drink (“RTD”) green tea-based products in three healthy and delicious product lines: Iced Tea, Energy, and Cactus Water, the brand’s newest innovation. Steaz launched its Cactus Water line, which combines the fruit of the prickly pear cactus – a berry-like superfood – with green tea, early in 2016. Steaz has grown rapidly in recent years, becoming one of the leading organic, green tea-based beverage platforms in the country with a loyal consumer following. Steaz will continue to operate independently out if its Doylestown, PA headquarters. Terms of the transaction were not disclosed.

“We are very excited for this next chapter in the Company’s history. This transaction will provide the Company with resources and strategic synergies to further accelerate the growth of the brand. The Company appreciated the guidance and assistance of First Beverage throughout this process and ultimately for negotiating such a strong and supportive partnership” said Linda Barron, CEO of Steaz.

“We were very pleased to have worked with Linda and the Steaz team on this transaction, which provided the former shareholders with liquidity and brought the Company a new, value-added strategic partner to help accelerate the Company’s growth initiatives. Steaz has created a one-of-a-kind green tea-based beverage platform that is extremely well-positioned and poised to be one of the leaders in the tea and functional beverage categories,” said managing partner Nicole Fry of First Beverage Group.

The law firm of Fox Rothschild LLP represented Steaz in this transaction.