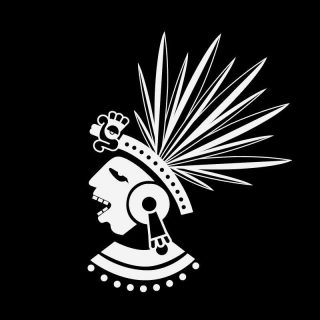 Prolijo Mezcal is the result of a collaboration between Co-Founder and CEO Juan Pena, a native of Mexico currently based in Chicago, and Co-Founder and President Katie Reichelt, who oversees marketing and distribution from their headquarters in Detroit, MI. Sharing backgrounds in the advertising industry, Juan and Katie have combined their skills and know-how with their passion for mezcal to produce an authentic, artisanal spirit that pays tribute toMexican culture while encompassing traditional Zapotec customs.

Born in Mexico City with Otomi and Purepecha roots, Juan was no stranger to enjoying traditional Mexican spirits such a sotol, pulque, and mezcal. Having worked on world-class spirit brands, both Juan and Katie were determined to create a premium product that preserved the heritage and authenticity of mezcal, while continuing to maintain the integrity and flavor of the spirit. As a result, they created Prolijo Mezcal using traditional Zapotec production methods dating back to 1897. “It was extremely important for us to respect the culture and traditions of Mexico and their people while introducing Prolijo Mezcal in the U.S.,” said Mr. Pena. “This is a project that developed out of a passion for authentic mezcal, but also a love of Mexico. Prolijo’s production processes are artisanal, hand-crafted Zapotec methods that have been passed down from generation to generation, and the entire production process – from distillation, to bottle production and bottling, to labeling – are all implemented in Oaxaca, Mexico.”

Prolijo, translated as “someone who tells stories with high levels of details,” is named for the guardian spirit of mezcal who, at the end of distillation, would enter the cellar to taste the finished product from open barrels. In return, Prolijo would pour his essence into the mezcal, giving those who drank the spirit the gift to tell mesmerizing stories. Prolijo Mezcal embodies its name by focusing on the traditional methods of mezcal production that require particular attention to detail: hand-harvesting the agave, roasting the agave (Pin~a) in floor ovens fed with oak and pine, utilizing a Tahona to convert the agave into fiber, fermenting the agave with water in a wooden tub, and distilling the mezcal twice in copper pot alembic stills. In addition, Prolijo Mezcal starts with the highest quality raw material of Espadin, and other wild and semi-cultivated agaves, which are allowed to reach full maturity, resulting in healthy soils and optimal conditions for harvesting. These high standards for ingredients, combined with the use of traditional production methods, while time consuming, produce an authentic, highly flavorful, rich mezcal that more industrialized production processes cannot replicate.

Prolijo Mezcal boasts four distinct expressions including Mezcal Blanco, Mezcal Reposado, Mezcal An~ejo, and Tobala´, the latter of which is made from wild agave plants harvested in the hills outside of Oaxaca, making it extremely limited in production. All of Prolijo’s expressions use traditional production methods that are dedicated to preserving the heritage and traditions of the Oaxacan culture. With a suggested retail price of $48, their flagship Mezcal Espadi´n Blanco, delivers both authenticity, quality and value making it a fast favorite in both the on- and off-premise realm.

Prolijo Mezcal is an honest expression of the rugged, mountainous terrain ofLas Margarita, San Pedro Totolapa, considered the “World Capital of Mezcal.” As part of the continued effort to promote the traditional culture of Mexico, the company has created the Prolijo Mezcal Amazon Alexa-enabled narrative skill. Available by downloading an app, the Prolijo Narrative Skill will help educate consumers on the brand, the different types of mezcal, its production process, recipes and more. With headquarters in Detroit, MI, Prolijo Mezcal is available in fine wine and spirits shops inMichigan, Illinois, Florida, and Oklahoma. For additional information visit prolijomezcal.com.