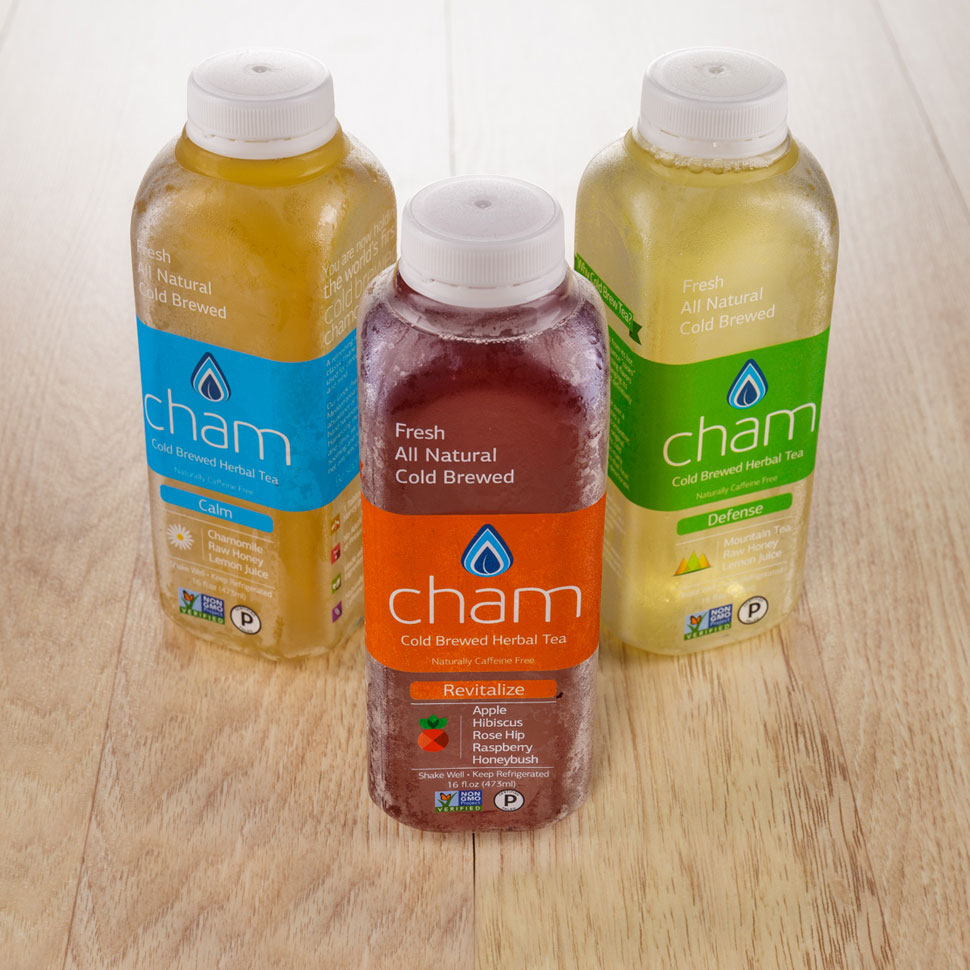 Given the proliferation of cold-brew coffees out there, it’s no surprise that there are brands out there hoping that this will spill over into other categories. In the case of Cham, that category is tea.

There has been a handful of brands that have tried to cold-brew tea, but Cham’s three flavor lineup is one of the best executed of those offerings. Each of the three flavors blends herbal tea and a few other select ingredients, with the flavors ultimately having functional names, including Defense, Calm, and Revitalize. This takes the emphasis away from the tea, which feels like a slight disconnect.

Fortunately, the teas themselves are all really enjoyable. Defense is a light and refreshing blend of mountain tea, raw honey, and lemon juice. It’s the lightest in body of the trio -- and our favorite. Calm, which is made with chamomile, is also made with raw honey and lemon juice, but it has a slight floral note that you won’t find in Defense. It also has a slightly fuller body, although it’s just as balanced as Defense. Finally, there’s Revitalize, which is made with hibiscus, apple rosehip, raspberry, and honeybush. This flavor, which has a red color, is the most full bodied of the bunch. It’s also the lowest in calories at 50 per bottle (the other two have 80 per bottle). Ultimately, even though we have a favorite, we feel as though all three of the flavors have their place and, when considering all three together, they have a nice foundation to work with.

On the outside, Cham’s packaging and branding are appealing, but there’s still some room for refinement. At the core of this is the Cham brand, which has a clean and positive vibe. It sounds like chamomile, which isn’t far off in that one of the three is indeed chamomile based. However, there’s a lot of text on the label, some of which seems unnecessary. And to take it a step further, we feel as though having SKUs that are function specific isn’t the right approach. Leading with flavor and putting the focus on the benefits of cold-brew tea (and perhaps making it feel more like a sibling to cold-brew coffee than it currently does) is another approach that might work.

Whether they’ve successfully told the cold-brew story successfully or not (and other minor flaws aside), we feel as though Cham will have appeal as part of the ready to drink tea set. And for anyone who picks it up, we think they’ll be far from disappointed. There’s definitely opportunity for the brand to continue to develop, but right now, it feels like they are in a good spot for an early stage brand.