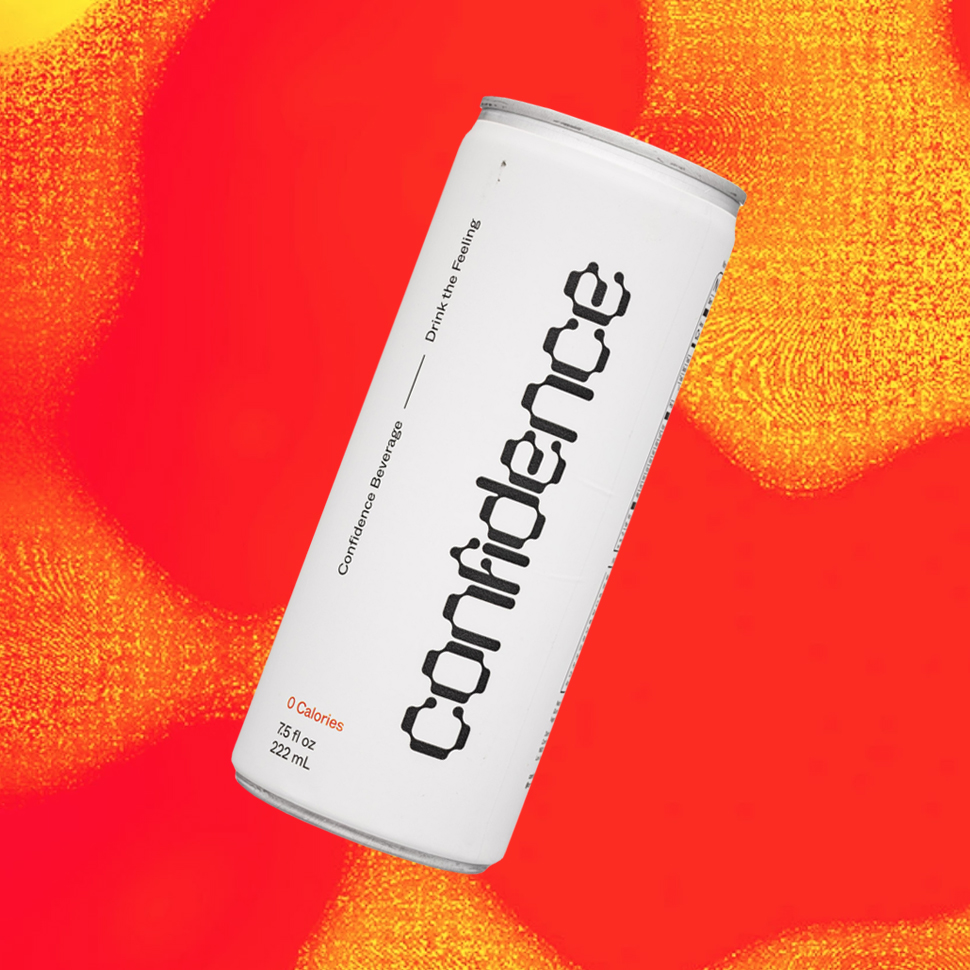 Confidence is a new functional beverage that contains a cocktail of B vitamins, GABA, rhodiola, ginseng, magnesium, and 5-HTP. The formulation, which includes adaptogens and nootropics, is being offered in a single zero-calorie and sugar-free formulation that is packaged in 7.5 ounce can.

Starting with flavor, Confidence tastes like something loosely cut from the same cloth as an energy shot. The non-carbonated formulation has noticeable notes of the added herbal ingredients, some bite from the added B vitamins, a faint and somewhat unidentifiable fruit flavor (from tea, hibiscus and berry, according to the brand’s website), and a little bit of sweetness from added monk fruit.

While the flavor isn’t enjoyable to the point that would merit drinking the product simply for pleasure alone, it does taste pretty good relative to the broader energy and functional beverage category. We would, however, like to see some flavor variety, which we think will help keep interested consumers engaged rather than straying to other brands when they want something a little different.

As for the functionality of the drink, we think that blending adaptogens and nootropics makes for something that’s on-trend and marketable. But for consumers checking the back of the can, there’s a lot to digest (no pun intended) in the lengthy list of ingredients and large Nutrition Facts panel that we think could be overwhelming.

Fortunately, there’s a chart on the other side of the can that describes the ingredients and some of their benefits -- things like “lower fear,” “harmony,” “mood boost,” and “reduce anxiety.” The chart ends with “Confidence Formula” as the outcome. This approach  is simple and the visual execution is pretty good in that you can quickly figure it out.

One thing that we’d definitely like to see added to the label is “caffeine free.” This is a pretty important part of Confidence’s formulation and given that it is in the same can as an energy drink it’s a question that’s sure to come up frequently. In addition, adding a front panel callout for adaptogens and nootropics might not be a bad idea, either.

We’d also suggest making the design of the brand feel a bit more approachable. We like that its minimalist and clean, but the white background and technical look of the Confidence logo (which looks like a chemical or molecule structure of some sort) set the tone for this being a serious functional drink.

The same could be said for the name itself. While most people probably would benefit from a bit more confidence, we wonder if this is too niche in terms of it being a beverage function that consumers will adopt. And we think they are going to have to be very strategic in how they build the brand -- otherwise we think there’s the potential for this to be a brand that consumers might not want to drink in a public setting.

Overall, Confidence is an interesting and innovative concept and the brand definitely has some edge to it. Dialing in the branding and messaging feel like the logical next steps for this brand to compete in the functional beverage set.