by Garden of Flavor

Review: A New Spin on Energy from Garden of Flavor 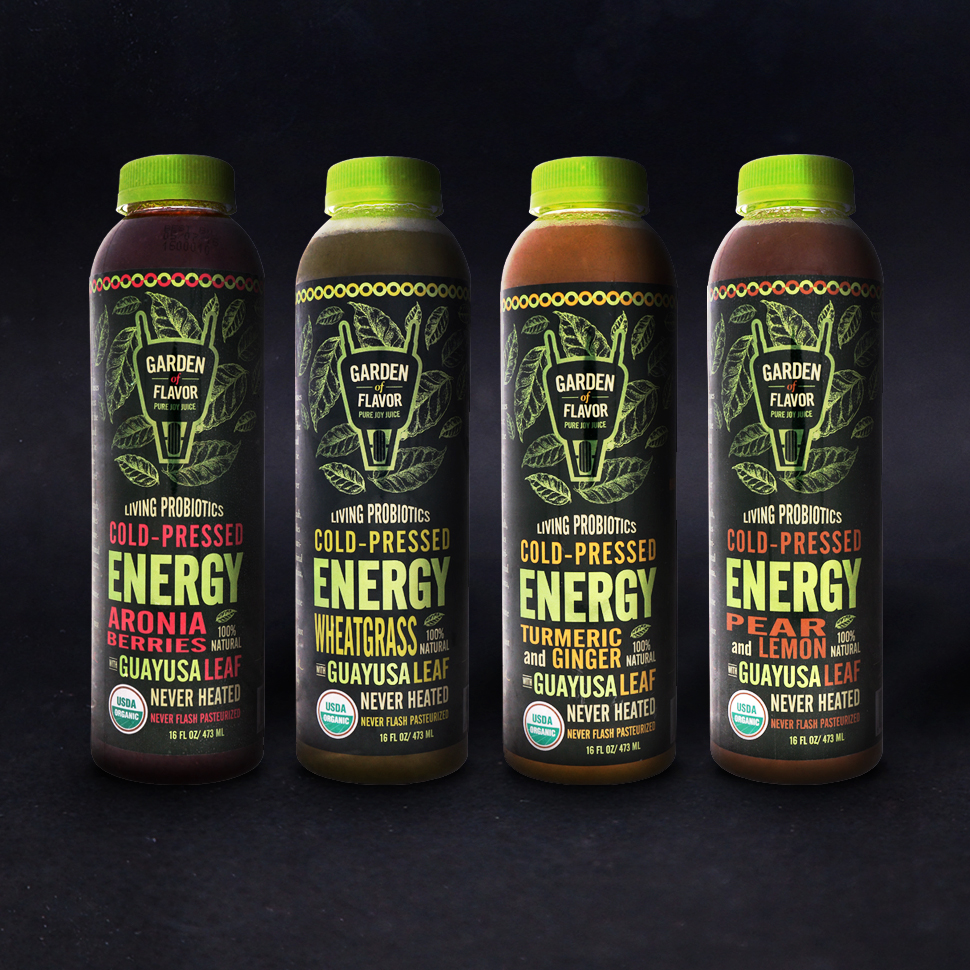 Cleveland-based Garden of Flavor, a marketer of cold-pressed high pressure processed (HPP) juice drinks, has added a second line to the company’s suite of products: Cold-Pressed Energy. Available in four varieties with a suggested retail price of $5.99, these products have 100mg of natural caffeine from guayusa as well as added probiotics.

While HPP tea has been tried before by the likes of Harmless Harvest, Suja, and others, this is one of only a few HPP energy-focused offerings that we’ve seen. While guayusa might not be a household item at this point, it has good awareness (especially in natural) thanks to Runa’s efforts. Given the core channel, we’re on board with Garden of Flavor using this is as a banner ingredient for the line.  In addition, they’ve enhanced the product with probiotics (bacillus coagulans GBI-30 -- 500 million per serving), adding another marketable component to the drink.

The four varieties are Turmeric and Ginger, Pear and Lemon, Wheatgrass, and Aronia Berries.  Each flavor is an almost entirely unique drinking experience, although there’s a subtle guayusa flavor present in all four. Here’s a rundown:

The product’s bottle and label system is an improvement on Garden of Flavor’s flagship line: it’s much more vibrant and eye-catching. Using a 16 oz. round bottle, the product looks the part of the HPP category, while the black label, which features a metallic finish, has a polished and high end look. Still, it’s somewhat busy with text, especially on the lower portion of the label. This makes it hard to quickly read the flavor. Improving upon this, without compromising the design, seems like it should be possible.

Overall, this is a really smart and well-executed addition to the Garden of Flavor family.