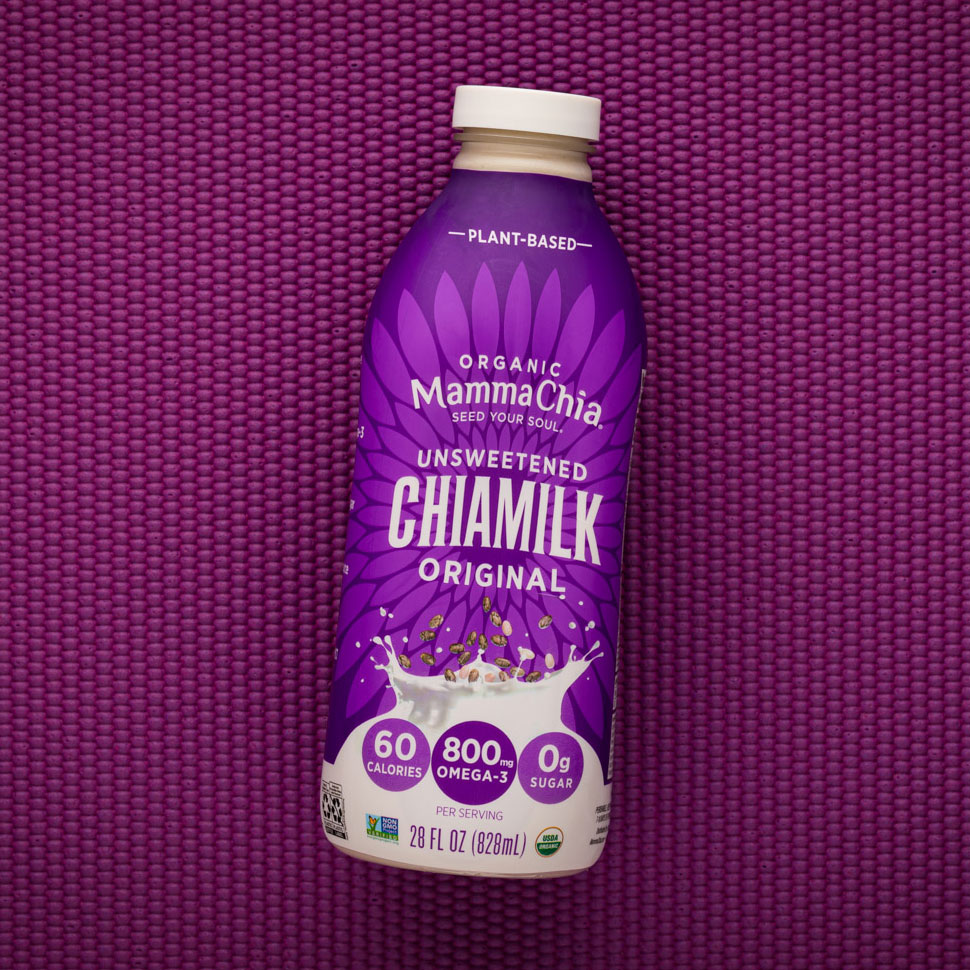 Announced in February, Organic Chiamilk is the most recent product innovation from Mamma Chia and one that takes the company into the plant-based dairy alternative category. The line is launching with two unsweetened flavors, Original and Vanilla, which are packaged in 28 oz. multi-serve containers.

Right off the bat, what we really like about this product is that it takes Mamma Chia -- and chia as an ingredient -- into a brand new category. It seems like a potentially more impactful expansion for the company than their Chia Energy offering in terms of putting the company into a trendy and growing category.

As previously mentioned, both of these products are unsweetened and have no added sugar or sweeteners. The core ingredients include water, coconut milk, chia oil, chia protein and pea protein. They’ve added some stabilizers and thickening agents, as well as calcium and vitamins A, D2, and B12. The end result is a product that has 60 calories, 5 grams of fat and 2 grams of protein per 8 ounce serving. In addition to the previously mentioned vitamins and minerals, the product also has 1900 mg of MCT and 800 mg of omega-3.

Both SKUs have a pretty mild flavor that we’d roughly describe as tasting like a blend of nut milk (which is actually the chia in this case) and coconut milk. These are clearly products that are designed to be a replacement for specific milk use occasions, e.g. a bowl of cereal. They probably don’t have enough flavor to be consumed directly, but that’s pretty much also true for the competition. This changes slightly with Vanilla, but it, too, is pretty subtle and we think it would work pretty well in coffee (if that’s your jam).

However, we have the same constructive feedback for Chiamilk that we had for many of the early nut milk products: dial down and seek to minimize (or even eliminate, if possible) the added gums. Right now, we think that the product would benefit from being just a tad bit less viscous; beyond that, shortening the ingredient list will certainly help as consumers compare this to some of the products in the space. Still, we think this is a really good starting point.

On the outside, Mamma Chia has done a really good job of creating a label that looks polished and intuitive, while also making great use of its existing brand equity. The label hierarchy is spot on, allowing the consumer to read from top to bottom and hitting all of the product highlights in a nice, succinct way. We wouldn’t change anything about it.

Ultimately, the biggest question for Chiamilk is where it fits within the larger plant-based milk landscape. The category is already filled with a tons of different options, including almost every nut and seed imaginable, but we do like that Chiamilk enters the category as one of those ingredients that consumers already know is healthy. Still, it will be up to Mamma Chia to figure out how to execute and cut through the clutter with this product. Even in its first version, it has the technical merits to carve out a piece of the category.