The average U.S. consumer will have around 240 mg of caffeine per day to increase mental alertness and focus. While caffeine has therapeutic benefits, it can also cause unwanted side effects, i.e. the nervous jittery feelings that make it hard to sit still and concentrate. A contradiction like this has invited further research into new botanical ingredients. The results of these studies find that caffeine from the Amazonian Guayusa plant can produce a brighter, more focused energy experience.

Caffeine has both therapeutic benefits and negative side-effects in how it interacts with the body. One vindicating factor is due to an adrenal medulla response to caffeine in the release of epinephrine, a “fight-or-flight” hormone (Krieger, 2016). Therefore, side-effects of caffeine resemble those same feelings of flightiness or anxiety that are associated when the body is under stress. Consumers likely know what this feels like after they have had one too many cups of coffee.

According to the Mayo Clinic, the common side effects to having too much caffeine are nervousness, irritability or restlessness, amongst others (Mayo Clinic, 2017). For some people, that are more sensitive to caffeine, just small amounts may prompt these unwanted effects. While the end goal may be alertness or improved cognitive function, the neurotransmitter stimulation provoked by caffeine can often defeat its very purpose. 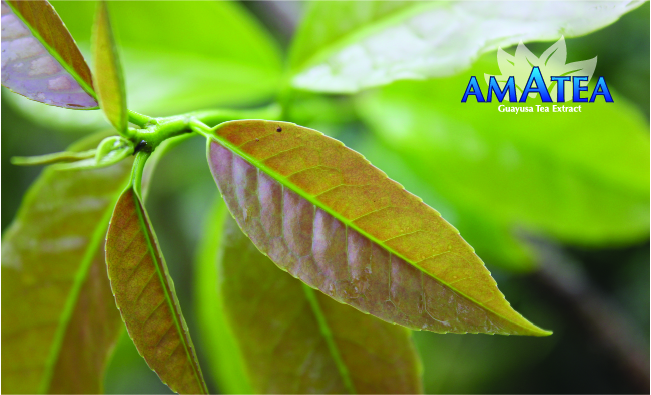 The Next Generation of Caffeine?

The body of evidence showing how the body responds to caffeine presents a problem for consumers. However, for the ingredient development team at AFS, it also provides an opportunity for what AFS declares is the “Next Generation of Caffeine.” Highlighting this category is a patented and clinically studied ingredient called, AMATEA™ organic guayusa extract.

In a double-blind crossover clinical trial, subjects were given 200 mg of caffeine from AMATEA™ organic guayusa extract, a green coffee extract, and a synthetic control, the results showed that the guayusa leaf extract stimulated a significantly lower increase in epinephrine when compared to what was provoked by the control and the green coffee extract (Krieger, 2016). 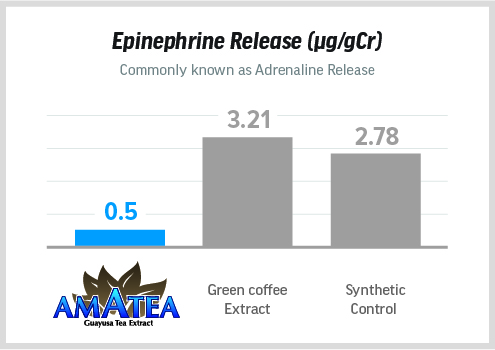 “Where guayusa is grown around the upper Amazon regions of Ecuador and Peru, it is known by Amazonian hunters as ‘The Night Watchman’ because they find it helps sharpen awareness while allowing them to remain perfectly still on hunting expeditions,” explains Jackson Zapp, VP of Innovation with AFS. “It is fascinating how our recent clinical evidence supports this historic use of guayusa and we can now see exactly how this ingredient influences the body so differently than traditional caffeine sources.” 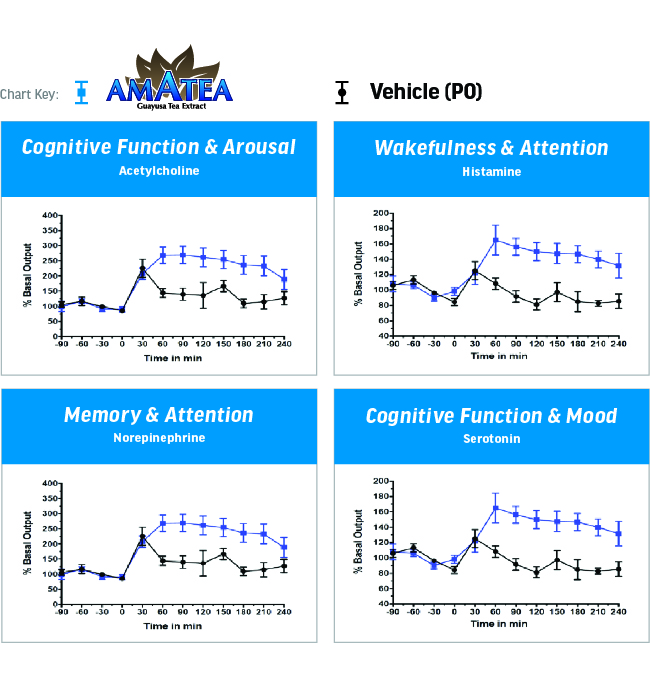 Results of this study demonstrate that extracellular levels of all the targeted biomarkers were significantly increased by the administration of AMATEA™ as compared to control alone. This study aids in demonstrating the nootropic and cognitively uplifting benefits of AMATEA™ clearly distinguishing it as a preeminent energy ingredient.

U.S. Patent #10,300,097 B2 – AMATEA™ by Applied Food Sciences, is a highly water-soluble ingredient for the application of nootropic energy intended in beverages or nutritional supplements. AMATEA™ has a distinct fingerprint standardized at 20% caffeine and 30% chlorogenic acids (an antioxidant similar to what is found in green coffee beans). AMATEA™ also contains other beneficial compounds like rutin (a flavonoid that found in certain fruits and vegetables). Because it is low in tannins, AMATEA™ is not bitter, dry, or chalky tasting like many other more astringent tea extracts. Instead, AMATEA™ is naturally sweet to complement a variety of flavors. AMATEA™ is also USDA organic, Non-GMO, and GRAS (Generally Recognized As Safe) a requirement for use in US food and beverages.

U.S. Patent #9345707 – As the sole supplier of AMATEA™ guayusa extract, Applied Food Sciences is the exclusive inventor and owner of a process patent covering the production of enriched natural guayusa, from a single source plant, containing antioxidants, amino acids, and caffeine. This novel process converts fresh guayusa leaves into a healthier energy ingredient standardized for caffeine and polyphenol antioxidants like chlorogenic acid and catechins.

Applied Food Sciences (AFS) is the leader in innovation for functional, organic ingredients in the natural products industry. Quality is transparent from seed to label through organic farming, ethical sourcing, and sustainability. AFS cares about every stakeholder from rural farmers to the largest companies in the world.

Contact Applied Food Sciences for pricing, specification info, or to request a sample of AMATEA™. Visit appliedfoods.com/amatea or call 1-800-345-9666

Consumers are primed for the emergence of guayusa thanks, in part, to the growth of natural and organic energy beverages. In the past decade, the U.S. energy drinks market grew 147% ($13.8 Billion) and RTD tea sales grew 111% ($11 Billion). Within that category, 30% of consumers are now using natural energy drinks or shots6. Sales of items where guayusa is the primary ingredient have increased 18% cross channel in beverages.

One of the major factors influencing this change is that the dominant consumer of energy drinks, millennials, are growing up and changing their purchasing habits. 67% of males and 47% of females between the age of 18-34, consume energy drinks, the largest consumer base. 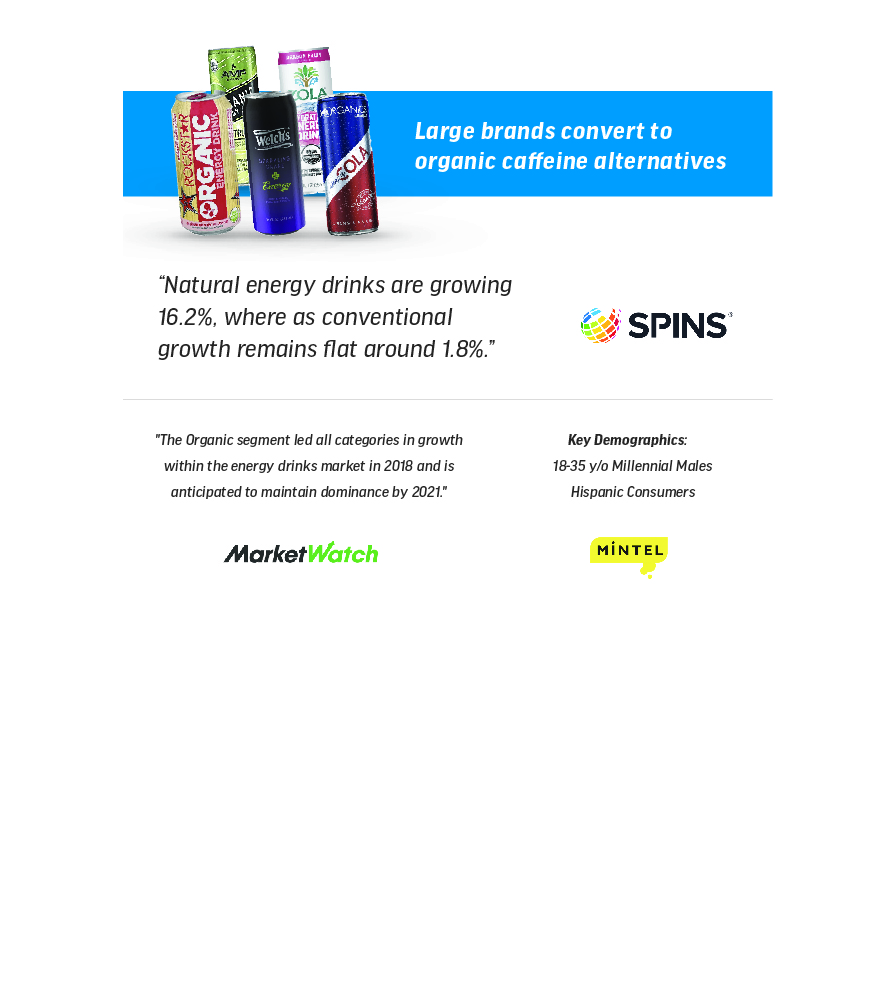 “A close examination of consumer needs reveals a mix of positive and negative forces creating demand for transparency in products,” says Eric Pierce from New Hope Natural Media’s NEXT Trend. “Consumers are willing to expend more effort and to pay more for products and brands which align with their values.”

* Euromonitor Energy and RTD through US Channels, 2015