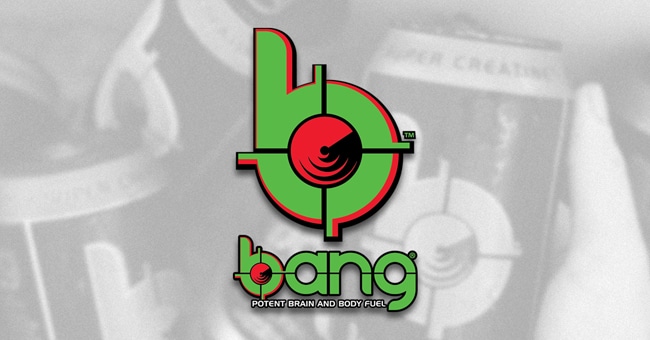 These days it’s easy to get excited about emerging categories with breakthrough potential like kombucha, cold-brewed coffee and plant-based protein shakes. No question, they warrant the attention, but they’ve made it easy to take for granted another marvel of continuous innovation and growth, energy drinks. But this category is undergoing a wave of disruption that suggests that complacency is a long way from settling in.

I’m writing this column on the heels of Monster Beverage’s grand reveal of its new Reign brand, its effort to play in the sub-category of performance energy drinks that’s seen VPX Sports’ Bang Energy and a flock of other brands commanding increasing shelf space and consumer interest. Relatively new, Bang has taken the beverage business by storm, racking up massive growth with its candy-colored cans containing “super creatine,” branch-chain amino acids and a massive dose of caffeine. By now it commands a 4 share nationally, even with no meaningful distribution yet in key metros like New York. In some West Coast markets it’s approaching a 10 share. And it’s just begun to extend into coffee and other adjacencies. For some wholesalers, it’s become their biggest profit pool, more so than familiar beer and non-alcoholic brands. (And never underestimate the grudge factor: for Bud wholesalers still smarting from the desertion of Monster for the Coke system, it’s become a handy tool with which to try to inflict retribution.)

But it’s not only Bang. There are other entries worth a gander. The purportedly calorie-burning Celsius has been active for 15 years now but there are signs it is starting to break out, and its Celsius Heat entry also targets gym rats and other active users. Cellucor’s C4 brand also is showing great promise out west; it’s just beginning to assemble a cohesive DSD network. A heartland brand called 3D that’s tied to the body-building icon Christian Guzman (but sports a conventional energy blend and keeps the caffeine to 200 mg) has been building up a head of steam, too.

Of course, this activity is occurring at a time that there are no overt signs of struggle in the conventional energy category, at least not among the leaders Red Bull and Monster, which continue to grow with only occasional bouts of promotional craziness. Still, disruptors like Bang can roil the category dynamics enough to create an opening for others who’ve struggled for a relevant position. Keurig Dr Pepper, reliant on the minuscule sales of its Venom brand, may well try to play here (though its arsenal of coffee brands indirectly gives it another play in energy). PepsiCo, enduring plunging sales of its Amp and Kickstart brands even as its distribution ally Rockstar struggles to get back to growth, could shoot for a do-over. (For starters it’s taken Rockstar’s restaged XDurance brand as a way to play in the performance space.)

There are other currents here: Plant-based energy entries finally may be ready to pick up steam, with brands like Guayaki, Runa and Hiball making sustained pushes, the latter in the hands of the Anheuser-Busch InBev marketing and distribution machine. They finally seem to be making inroads into that prime channel for conventional energy drinks, convenience stores, suggesting that the core c-store shopper may no longer perceive himself as invulnerable to predations of high sugar content and artificial ingredients. Another imponderable is what effect the advent of cold-brewed coffee is having on energy. After all, these items are plant-based, contain no artificial ingredients and often no sugar, and there’s no question they carry great intrigue among younger consumers. If they’re taking a bite out of sales so far, it’s hard to see from Monster and Red Bull’s continued growth, but with their prices only lately descending toward those of energy brands, it’s still early days.

I can detect a few worrisome signs, both for Bang and for the performance segment as a whole. While Bang marketer VPX is a seasoned player in the energy game via its Redline and other brands, it has a checkered reputation in its dealings with DSD wholesalers in the past, frequently pursuing a scorched-earth policy as it’s retreated to a self-distribution model. So even as they’re enjoying the ripe rewards of carrying Bang, many of its wholesalers are wary of what the endgame may be. Further, Bang may be facing some jeopardy on legal grounds: a patent it won for its creatine blend was voided a year ago after it came to light that it involved similar IP to one already held by a Russian group; that group’s U.S. licensee, ThermoLife, has sued VPX while licensing the IP to rival brand C4. Monster Beverage has also sued VPX, claiming many of its claims are bogus. There are even rumblings that VPX has heard from the marketers of the Beats headphones over the similarity of its “B” icon. You can be sure Bang’s rivals are reminding prospective wholesalers and retailers of these risks as they try to make space for themselves.

I see another area of concern. It was only a few years ago that energy drink executives were up on Capitol Hill defending their products against allegations that they were injuring and killing American youth. The marketers stepped up with concessions on their youth marketing, and when the FDA could find no scientific evidence that these brands posed a problem, the furor died down. One can’t help but wonder whether new brands containing 300 mg or more of caffeine could renew the controversy, considering that the FDA suggests 400 mg as a general daily limit. (of note as most of these entries are packed in non-resealable 16-ounce cans, it’s hard for their marketers to try to argue that those products represent multiple servings, even if their nutrition panel may pretend otherwise.) So the category could be asking for renewed government scrutiny, and of course the class action bar will pounce as soon as it detects a vulnerability.

Those risk factors aside, it’s an exciting time in energy drinks. Encouragingly to me, one thing that hasn’t changed is that all of the key players remain independent, keeping their innovation and marketing vibrant, and maintaining a modicum of decorum in their promotional pricing strategies. Essentially still operating as entrepreneurs, they continue to show a bias for pushing the envelope, in the process keeping the segment pulsating and unpredictable. Hopefully, they won’t prove to have pushed the envelope too far with some of these newer entries.