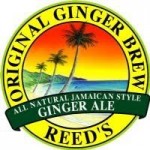 LOS ANGELES, CA–(Marketwire – Aug 30, 2011) – Reed’s, Inc. (NASDAQ: REED) (OTCBB: REEDP), maker of top-selling sodas in natural food stores nationwide, announced today that it has formed a distribution agreement with Crescent Crown Distributing (CCD) of Louisiana. Crescent Crown, a TOP FIVE beer distributor in the US, begins full-service direct store delivery distribution of Reed’s and Virgil’s brands throughout southern Louisiana, bringing our brands to life in some of the most dynamic cities in the country.

Neal Cohane, Senior Vice President of Sales and Marketing, stated, “We are extremely excited about this new partnership. Crescent Crown has a tremendous reputation of performing as a nationally recognized leader in the beverage industry. They have established standards by which others have been measured and strive to be the best distributor in the market. In fact, in our latest kick-off, Crescent Crown made it their goal and were successful, at gaining 100% distribution in all 52 Winn-Dixie locations within their territory. Thanks to Crescent Crown Division Vice-Presidents Chris Bourg, Nick Hazard, Billy Long and Don Dorand. Their leadership during our latest kick-off was invaluable, making this one of the best introductions of our brands to a marketplace to date. We are looking forward to driving some serious volume with our new partners.” Cohane continued, “Thanks to Eddie Pearson, our South Region VP. Eddie’s perseverance and steadfastness led to Reed’s landing one of the best distributors in the industry today. Eddie’s persistence will help lead the Reed’s and Virgil’s brands to continued growth and exposure in the all important southern demographic.”

Reed’s products are sold internationally in Canada and Mexico, along with a small presence in Europe, the Middle East, Africa, Japan and Singapore. For more information about Reed’s, please visit the company’s website at: http://www.reedsinc.com or call 800-99-REEDS.

Crescent Crown Distributing is a full-service, direct store delivery distributor of premium alcoholic and non-alcohol beverages throughout the states of Louisiana and Arizona. Crescent Crown delivers over 26 million cases annually throughout their distribution territory, making them one of the TOP 5 largest beer distributors in the country. Crescent Crown Distributing, LLC’s mission is to always perform as a nationally recognized leader, establishing the standards by which others are measured. Crescent Crown holds themselves accountable to these standards with the utmost integrity, pride, professionalism and enthusiasm and strive as a team and individual to be the best distributor in the market. For more information, please visit: http://www.ccdaz.com/home.