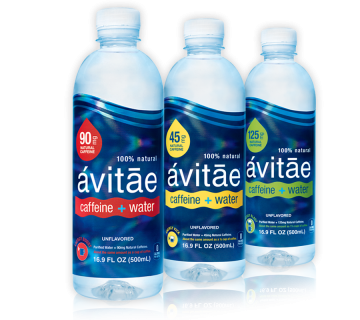 CLEVELAND — Avitae USA, LLC has secured national distribution in Safeway stores. The authorization marks the first time Avitae will be distributed nationally by a retailer, further strengthening its position in the beverage market and as the leader in the caffeinated water category. Avitae also recently gained distribution into more than 1,500 additional retail locations in California, Texas, the Pacific Northwest and Southwest, including Harmons Neighborhood Grocer, Raley’s Family of Fine Stores and Save Mart, and 24 Hour Fitness, a fitness center chain.

“We look forward to providing more consumers in the U.S. with the healthy hydration and all-natural energy boost of Avitae in their local stores or gym,” said Norman E. Snyder, president and chief executive officer of Avitae. “Through the national Safeway partnership and additional distribution, more consumers will have the option of choosing a heathier delivery system to getting their caffeine instead of turning to alternatives containing sugar, artificial ingredients and preservatives.”

Safeway locations across the chain’s Northern and Southern California, Portland, Seattle, Houston, Intermountain and Southwest divisions will now stock the 90-milligram and 125-milligarm unflavored caffeine levels in 1,327 stores. Avitae will be sold under the banners Safeway, Pak N Save, The Market, Vons, Randall’s and Tom Thumb. This expands upon existing distribution to the chain’s Eastern division, which will now carry the 90-milligram and 125-milligarm unflavored caffeine levels and the four 90-milligram flavor options: Pomegranate Açai, Tangerine, Blackberry and Strawberry Guava.

Harmons Neighborhood Grocer will now carry Avitae in 16 of its locations in the Salt Lake City area. Consumers will be able to find the unflavored 90-milligram caffeine-level, and the 90-milligram Blackberry and Strawberry Guava flavor options in stores.

Raley’s Family of Fine Stores locations in California will now offer the unflavored 90-milligram caffeine-level, and the 90-milligram Blackberry, Tangerine and Strawberry Guava flavor options at 123 stores. Avitae is authorized under the banners Raley’s, Bel Air and Nob Hill Foods.

Save Mart will now offer Avitae in 109 of its California stores under two banners, Save Mart and S-Mart. Available products include the unflavored 90-milligram caffeine-level, and the 90-milligram Blackberry, Tangerine and Strawberry Guava flavor options.

24 Hour Fitness, the world’s largest privately owned and operated fitness center chain, will carry the 90-milligram and 125-milligarm caffeine levels, and the 90-milligram Blackberry flavor option, at 60 locations across California, giving members convenient access to Avitae while working out at the gym.

Avitae offers consumers an all-natural beverage in three caffeine-level options. The 45-milligram and 90-milligram caffeine-level bottles are equal to a half-cup and a cup of coffee respectively, and the 125-milligram-level bottles are equivalent to the amount of caffeine in one and a half cups of coffee. In March, Avitae introduced four flavored caffeine waters that are available in the 90-milligram caffeine level: Pomegranate Açai, Tangerine, Blackberry and Strawberry Guava. The noncarbonated drink contains caffeine derived from natural green coffee beans, zero calories, no sugars or artificial ingredients, and no bitter aftertaste.

The water retails for approximately $1.49 per 16.9-fluid-ounce (500-milliliter) bottle and can also be purchased online on Amazon and Office Depot. For more information, visit www.goavitae.com.

About Avitae: Avitae USA, LLC is the leading caffeinated water company in the U.S. and seeks to provide consumers with an alternative to less healthy caffeinated beverages and sugary drinks. Avitae vows to provide the healthy hydration you need with the caffeine lift you want. Avitae Caffeine Water is currently offered in 45-milligram, 90-milligram and 125-milligram caffeine levels for all lifestyles. In 2015, Avitae added four flavors to its product line in the 90-milligram caffeine level: Pomegranate Açai, Tangerine, Blackberry and Strawberry Guava. For more information, visitwww.goavitae.com.