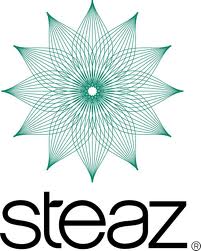 “Steaz has always been one of my favorite drinks,” said Revis. “I have to take care of my body year round and Steaz allows me to enjoy a great tasting drink that’s good for my body, with ingredients that are all natural and organic.”

“We’ve known that Darrelle has been a fan of our tea and energy for the past few years,” said Linda Barron, CEO, Steaz. “We’re thrilled he wants to join forces with Steaz and share our brand philosophy of all-natural, organic, fair trade and better for you beverages. Darrelle is committed to the long term success of Steaz and we are extremely pleased to have a football player of Darrelle’s caliber recognize the integrity of the brand.”

Adds Steven Kessler, Co-Founder of Steaz, “We are very excited to have Darrelle Revis join our team. Having spent plenty of time speaking with Darrelle, his demands for the highest quality and integrity are perfectly aligned with Steaz’ core values. We look forward to Darrelle getting out there with us to spread the Keep It Steazy spirit nationwide.”

With the NFL playoffs in full swing, football fans are passionately rooting for their favorite teams, as well as those brands that their beloved players are officially endorsing on and off the field.

Steaz is a brand of flavorful, great tasting, all-natural, organic and fair trade green tea based beverages in two healthy and delicious product lines – iced green teas and energy drinks. Since 2002, Steaz has continued to provide fans with better, high quality beverages while maintaining a strong socially responsible relationship with their ingredient partners around the world. Steaz’ pride is anchored in their Organic and Fair Trade certifications supporting sustainable farming around the world.