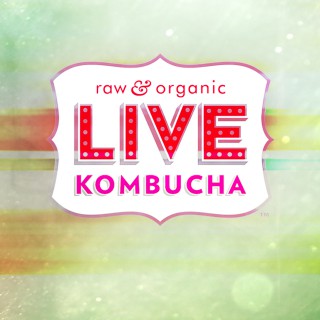 Live Soda founder Trevor Ross told BevNET that the funds will be used to expand sales and marketing programs, including field activities, events and a new ambassador program. Some of proceeds will also be used in support of a new line of drinking vinegar-based beverages, set to debut at the upcoming Natural Products Expo West 2016.

The financing deal gives BIGR a minority stake in Live Soda and is the second investment for the fund, Primozich said. He noted that details of the first investment have yet to made public, and that BIGR is in “the process of diligence with several more” food and beverage companies.

Based in Austin, Texas, Live Soda launched in October, 2012 with the premise of being “a better tasting kombucha” by way of a soda-like flavor profile. Blending kombucha, a fermented tea, with extracts, spices and flavors, Live’s lineup includes varieties like cola, root beer and orange. In 2013, the company initiated a “brand optimization” pivot placing more emphasis on the kombucha aspect of its products and labeling the beverages as “Live Kombucha Soda.” The move was intended to make the brand “more relevant to a broader audience.”

Live Soda has since gained placement in variety of retail channels, including natural, conventional and mass, where the brand is represented in 1,500 Target stores across the U.S. Primozich said that Live Soda’s breadth of distribution is an important aspect of BIGR investment, noting that “we like to see see validation… in multiple retail environments.” He also pointed to the unique nature of Live Soda’s positioning as key to its development.

“As you look at the kombucha category right now, you do have to differentiate yourself a little bit,” Primozich said. “There’s lots of players, lots of regional players. It doesn’t take a lot to start up a kombucha company. It does take a lot to do it well and scale it. But as you think about early days, you do want to have some distinct differentiation, and Live Soda does have that.”

BIGR was also impressed with Live Soda’s innovation pipeline, Primozich said, particularly the company’s foray into the nascent category of drinking vinegars. Live Soda’s new sparkling drinking vinegars are infused with prebiotic fibers and were designed to be a complementary product to its probiotic-laden kombucha drinks.

“Prebiotics feed probiotics, and so we think it’s a really good for our base of kombucha business,” Ross said. “The product fits hand-in-hand with it.”

Formulated with four grams of sugar or less per bottle, Ross describes Live Drinking Vinegar as “light and refreshing” and compared the flavor profile to that of an Izze soft drink.

Above all, Primozich saved his highest praise for Ross, calling him as “the most important” part of BIGR’s investment. Ross is an entrepreneur twice over, having also started a line of snack bars, OatMega.

“As we’re looking at businesses, within the partner, the people piece is always at the top,” Primozich said. “If you don’t have a strong, values-forward, gritty, determined, disciplined entrepreneur leading an idea, no matter how good that idea is, you’re going to run into challenges. So as we got to know Trevor, it was abundantly clear to us that he had the DNA to make a business successful.”