A few years ago, Zola CEO Chris Cuvelier realized that in order to achieve its goal of becoming a $100 million company, he needed to change the brand’s emphasis from strictly an “Acai Power Juice” to the broader platform encompassed by the tagline “Fruits of the World.”

“I think it took us from being very narrow and tied to a category to really being a platform that gives us a license to go into anything that is fruit and fruit-related,” Cuvelier said of the company, which also plays in snacks as a result of the pivot. “It simplified things and allowed us to be more intense about it. I think the brand platform is something that’s very unique and very ownable.”

Today, the company harvested the benefits of that change, as consumer products-focused private equity firm KarpReilly LLC purchased the company, which had long been majority-owned by previous investor Emigrant Capital. While specific numbers were not discussed, KarpReilly purchased 100 percent of the company. Cuvelier and the rest of his team are being retained in the deal, which he said hopes will allow him to eventually meet that $100 million mark.

“They’ve given us a chunk of capital that will take us at least the next couple of years and the ability to have access to further growth capital as we go forward,” he said. “I’m committed to stay here as CEO and build the team — that was one of the things that was important for KarpReilly and from a long-term standpoint. It’s not a specific period of time, but I’m committed to getting out there and growing the business.” 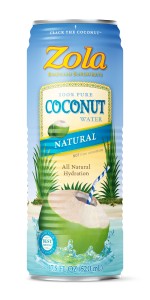 That business has been on the move since the company pivoted toward its broader portfolio. In 2012 Zola started selling coconut water; last year, it also moved into food, selling chocolate-covered fruit snacks. As acai as a category has waned a bit, that move paid off, Cuvelier said.

He cited an independent test of coconut waters that KarpReilly conducted before they contacted Zola, for example. He said Zola’s had tasted the best, but the test itself showed him the firm’s interest in and passion for consumer brands.

Last year, Zola announced that SPINS data had shown it to be the fourth-largest coconut water brand in conventional channels.

For a while, Zola grew through a strong partnership with Safeway, although that represents a much smaller part of its retail footprint now, according to Cuvelier.

In addition, the company has spent several years running a lean shop; until last year, Cuvelier and former COO Matt Collins (who departed last summer) were often the lead sales contacts for most retailers.

Following Collins’ departure, the company has had to deal with absences at key internal sales and marketing positions. Cuvelier said some of KarpReilly’s investment will go toward filling those open positions and building out its sales and marketing teams even further.

“We just need more bandwidth to be able to move faster and penetrate more accounts,” he said. 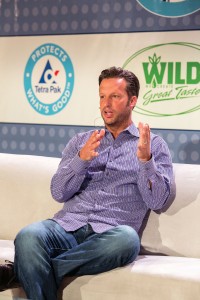 KarpReilly, which has a strong track record of investing in restaurants, fashion and beauty companies, and food and beverage brands, has taken an aggressive approach to the beverage market lately, investing early in high-growth brands Spindrift and Kevita; those were minority stakes, however.

Cuvelier has doggedly pursued success for the brand for more than a decade; two years ago he started calling it a “12-year overnight success.”

It may have been a long process, but according to Nick McCoy, an investment banker at Whipstitch Capital, which shepherded the deal, it was a fast sale.

“One of the shortest deals we’ve ever done,” McCoy said. “It’s a well-known brand.”

A surfer who lives in Half Moon Bay, Cuvelier confirmed that he had profited from the deal, noting that he was definitely in the market for a new surfboard.