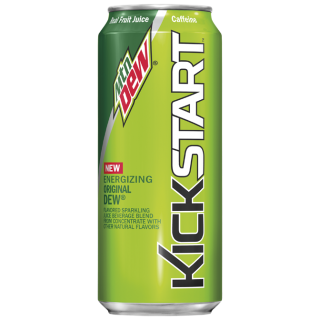 PURCHASE, N.Y. — Mountain Dew today announced that actor, comedian and overall hardest-working-man-in-show-biz Kevin Hart will become the new face of Mtn Dew Kickstart. In this role, Kevin – one of the biggest NBA fans in the country – will bring one lucky DEW fan and a friend “Closer Than Courtside” at the NBA Playoffs, giving a boost in status to anyone who can show why they deserve to be his new “CourtSidekick” – a term Kevin coined himself. This is the first activation of a year long partnership between Kevin and Mtn Dew Kickstart that includes a 360-degree marketing campaign (TV, digital, social and experiential) and integration with Kevin’s latest comedy tour.

Mtn Dew Kickstart also today dropped the first installment of a new video series – “Courtside Do’s and Don’ts with Kevin Hart,” giving fans a humorous look at what it takes to kick it courtside with the megastar. Watch here.

At NBA All-Star 2018 in Los Angeles, Kevin will begin the nationwide search for a new CourtSidekick, giving fans the chance to score ultimate access to the most coveted seats in sports: courtside at the NBA Playoffs.

“I’m literally the biggest NBA fan you will ever meet. In fact, you could say I’m the king of watching basketball – but I’m still looking for my CourtSidekick,” said Kevin. “I’m happy to be partnering with MtnDew Kickstart to kick off the CourtSidekick Contest and find the right person to help me take my NBA game-watching to the next level.”

Through March 19, fans can enter the #CourtSidekickContest by creating a social post showing Kevin and Mtn Dew Kickstart why they’re the perfect CourtSidekick and tagging #CourtSidekickContest on Twitter, Instagram or Facebook. Once the contest closes, Kevin and Dew judges will review all entries and narrow the field to the top five finalists. Fans will then have a chance to vote to select the winner, who can also bring a friend, to kick it courtside with Kevin at this year’s NBA Playoffs. The contest winner will be announced on April 5.

“Kevin embodies the bold attitude, energy and spirit of Mtn Dew Kickstart, so he was a natural choice to be the face of the brand,” said Chauncey Hamlett, senior director of marketing, Mountain Dew. “We’re excited to be partnering with him, and can’t wait to give a lucky DEW fan the chance to be his CourtSidekick during the NBA Playoffs this year.”

At All-Star 2018, Mtn Dew Kickstart will also celebrate the brand’s first year as the title partner of the annual Rising Stars game – expanding the event into a year-long platform to give fans a look into the off the-court lives of the next generation of elite NBA players including Joel Embiid, Kyle Kuzma and Dennis Smith Jr. As part of the partnership, Mtn Dew Kickstart Rising Stars will feature Kevin in attendance at this year’s game, and share fan-friendly content that connects the passion of DEW Nation and NBA fans with the next generation of up-and-coming NBA players.

Visit MountainDew.com/Kickstart for product information and MountainDew.com/Courtside for information on Closer than Courtside and Dew’s schedule of events during NBA All Star 2018. Join the conversation at @mountaindew by using #CourtSidekickContest. Contest rules can be found here.

PepsiCo products are enjoyed by consumers one billion times a day in more than 200 countries and territories around the world. PepsiCo generated approximately $63 billion in net revenue in 2016, driven by a complementary food and beverage portfolio that includes Frito-Lay, Gatorade, Pepsi-Cola, Quaker and Tropicana. PepsiCo’s product portfolio includes a wide range of enjoyable foods and beverages, including 22 brands that generate more than $1 billion each in estimated annual retail sales.At the heart of PepsiCo is Performance with Purpose – our fundamental belief that the success of our company is inextricably linked to the sustainability of the world around us. We believe that continuously improving the products we sell, operating responsibly to protect our planet and empowering people around the world is what enables PepsiCo to run a successful global company that creates long-term value for society and our shareholders. For more information, visit www.pepsico.com.