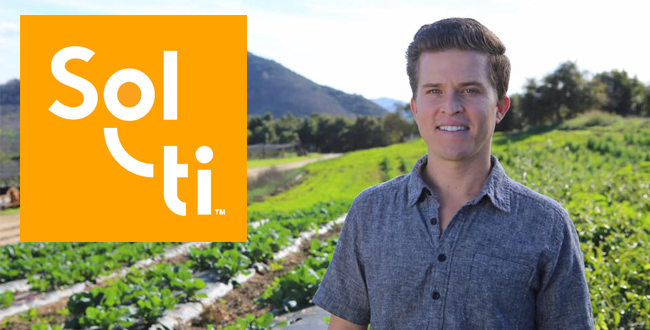 Just weeks after announcing his departure from beverage company Sol-ti, Ryne O’Donnell is back at the helm as CEO.

Last year, O’Donnell sold his majority stake in Sol-ti and moved to Costa Rica to launch a real estate venture, handing control of the company over to his partners Jack White and Jim Buechler of San Diego craft distillery Cutwater Spirits. According to an email sent on January 24, Buechler succeeded him as CEO in mid-December. Removed from operations, O’Donnell remained the third largest shareholder in the company.

But the transition was brief. Speaking to BevNET last week, O’Donnell said he has bought back his shares from White and Buechler and that VP of operations Charles Cummins is currently handling most of the day-to-day for the beverage company along with director of sales Steven Cosgrove. O’Donnell said he is directly involved, but will only be in the U.S. as needed, roughly two to six times a year, as he simultaneously works to build Permaculture Planet.

“I still love the brand,” O’Donnell said of Sol-ti. “The juice is the only one on the market in a glass [bottle] today. The partners just said that they wanted to focus more on alcohol and asked me to come help out.”

O’Donnell said it was an amicable transition and he felt it best to seize the opportunity to buy back his shares and regain full control.

Buechler and White both departed San Diego craft brewery Ballast Point in 2016. White went on to found Cutwater Spirits, where Buechler is the current president and CEO. He declined to comment for this story.

According to LinkedIn, Cutwater Spirits director of finance Guadalupe De La Cruz briefly served as the president of Sol-ti during January, but as of February had rejoined Cutwater as vice president of strategy. Ballast Point veteran Joshua Shults, who served as VP of Sol-ti since August 2016, left the company in January to join Cutwater, according to his LinkedIn profile.

O’Donnell’s initial departure was not sudden, he said. He explained that three years ago when he purchased farm property in Costa Rica, he did not anticipate leaving Sol-ti. But after developing an interest in permaculture development, he decided to explore the potential of a sustainable real estate venture. His new company, Permaculture Planet, currently has 15 acres of land under development.

“Permaculture Planet wasn’t a company while I was running Sol-ti,” he said. “I just had my own farm and real estate holdings. I was buying land and starting some construction.”

Permaculture Planet is currently working with five subcontractors who employ about 50 Costa Rican locals. According to O’Donnell, they are paid “better than market wages.”

Back in the U.S. this month, O’Donnell praised Cummins’ management of Sol-ti, saying the company’s San Diego production plant was running better than ever with new quality control efforts in place. The product’s premium price point has been reduced to $5.99 per bottle, and the company has made retail deals with Whole Foods and Natural Grocers.

Permaculture Planet does offer O’Donnell an opportunity to potentially create a supply chain of fresh fruit and vegetables, but his focus is currently on the broader social impact of sustainable agriculture.

“Permaculture Planet is the endgame for society at large,” he said. “When a family can plant several thousand trees, have a 0.25 percent property tax, you can obtain pure freedom. It’s a chance to solve a lot of our challenges, grow our own food, and it’s super fun to hang out in paradise.”