With changes in the food system, there are changes in the investment community as well, and an old paradigm has been flipped. Where once a company’s social mission may have actually served as a potential barrier to its ability to access capital, now, that same mission can be a lever to pry open the doors of the bank. 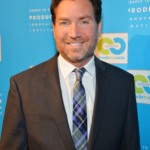 That’s why BevNET Live will feature a panel of Impact Investors who embrace social mission, either in their operations or in their investment practices, to discuss their own way of thinking about the beverage industry and their interest in it from both an investment and social impact perspective.

With Eric Schnell, the founder of MetaBrand Capital and Todd Woloson, the managing partner at Greenmont Capital Partners, the panel will feature a pair of fund representatives who also have experience growing their own beverage companies, Schnell with Steaz and Woloson with Izze. They will be joined by Brent Collins of Slow Money LA, a new capital source that looks to realize the rebuilding and restructuring of local food systems as part of its investment thesis.

These three investors will explore the role that they expect their investments to play in both social and financial progress — but also how social impact itself has become an important factor with regard to brand building and a company’s ability to attract investment regardless of investor type.

Just a few tickets remain for BevNET Live, so we’d suggest that you register.

Todd Woloson became a Managing Director of Greenmont Capital Partners II in 2007 and represents the Fund on the Boards of Directors of Madhava Natural Sweeteners, Door to Door Organics, Inc., Uncle Matt’s Organic, Inc., and, previously, Eco-Products, Inc., prior to its exit to WNA in November 2012. Todd began his career with Proctor & Gamble in 1989, but soon became a serial entrepreneur. After graduating from the University of Denver Law School in 1994, he successfully completed an environmental service rollup, which led to a career as a venture capitalist. In 1996, Todd co-founded Canyon Capital, an early-stage venture fund. As a Managing Partner, he was intimately involved with the development of a wide range of software, Internet and consumer product companies. Also in 1996, Todd co-founded Global Education Fund (“GEF”), a non-profit organization building libraries in developing countries. To date, GEF has created 53 libraries and literacy centers in 21 countries throughout the world. In 2002, Todd co-founded IZZE Beverage Company. IZZE manufactures and markets a line of all-natural sparkling fruit juices available at Whole Foods Markets, Wild Oats Marketplace, Starbucks, Target, Costco and a wide variety of independent locations. Todd served as President and CEO of IZZE until its sale to PepsiCo in 2006 and was a recipient of the 2003 Entrepreneur of the Year Award by Ernst & Young. He received a B.A. degree from St. Lawrence University in New York and a J.D. from the University of Denver Law School.

Brent’s passion is driving transformation in financial and social systems to establish greater transparency, equality and sustainability at the local level. He is co-founder and chief volunteer of SlowMoney SoCal, a non-profit that combines community, education and innovative resources to catalyze direct investment in local food systems. Since launching in late 2012, it has rapidly expanded into locally run volunteer networks in Los Angeles, Orange County, San Diego and the Inland Empire – addressing a region with >22 million consumers in a state that is #1 in cash farm receipts, organic farms and diverse, innovative culture. Brent co-founded a community services organization and compensation network, VitalHive, which is aligned with similar initiatives in other countries and is being incubated at Cal Poly in San Luis Obispo. Brent currently works as CMO for a software company in Newport Beach, CA, which is bringing transparency to the debt market. He was previously co-founder and CEO of a financial services company that provides easy-to-use, advanced analytics for mainstream investors to immediately respond to risk. The service is delivered by industry leading discount brokers, global banks and stock exchanges in Europe and North America. He has lived in geographies around the world, working as an executive or business strategy consultant in technology, financial, and environmental market sectors.

Eric has over 20 years of experience in sales, marketing and operations in the Natural Products and Beverage industries, with diverse experience managing upstart as well as turnaround companies and launching new brands and products. Eric is the recipient of the 2007 Sustainable Business of the Year Award, as well as 3 time annual winner of the BevNET.com “Best Product of the Year Award”. In 2002, he Co-Founded The Healthy Beverage Company and Steaz, the first carbonated green tea and USDA Certified Organic and Fair Trade soda and energy drink lines in the US. As President, Eric drove the company to leading positions in the energy drink, sparkling and iced tea segments of the natural beverage category all while establishing a triple bottom-line business philosophy of people, planet and ethical profitability. Prior to Steaz, Eric was President of Long Life Tea, tripling the company’s revenue before its sale to Kikkoman. In early 2011, Eric Co-Founded I AM Enlightened Creations, an all-natural lifestyle brand of liquid supplements, flower elixirs and crystal aromatherapy mists sold throughout the United States as well as launched new business venture, MetaBrand, a complete one stop brand creation, R&D and manufacturing model focused on taking innovative new food, beverage and supplement products from dream to mainstream. Eric also serves as an Managing Partner in newly formed Joint Venture with 6Pacific Capital, MetaBrand Capital Fund, overseeing the investment group’s launch into the early stage capital marketplace in order to best serve the growing demand for “Conscious Capital” supporting the natural channel CPG brands and cutting edge Health & Wellness technologies of tomorrow.