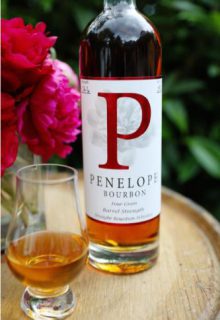 “The response to Penelope’s launch has been overwhelming – we sold out of our first batch in just a few weeks,” said Mike Paladini, co-founder and CEO of Penelope Bourbon. “The introduction of Barrel Strength is the natural next step for the brand and was released for whiskey enthusiasts looking to enjoy Penelope Bourbon in its purest form.”

In addition to the new Barrel Strength release, Penelope is now shipping the second batch of its namesake Penelope Bourbon, following its initial retail sell-through.

Founded in 2018 by bourbon enthusiasts and life-long friends Mike and Danny, Penelope Bourbon is an award-winning four grain straight bourbon whiskey that boasts a light and flavorful taste. Penelope Bourbon sources exceptional bourbons made from the finest grains aged in new American oak barrels to create a unique and flavorful blend that pleases the palate of bourbon connoisseurs and novices, alike. For more information about Penelope Bourbon, please visit: www.penelopebourbon.com.