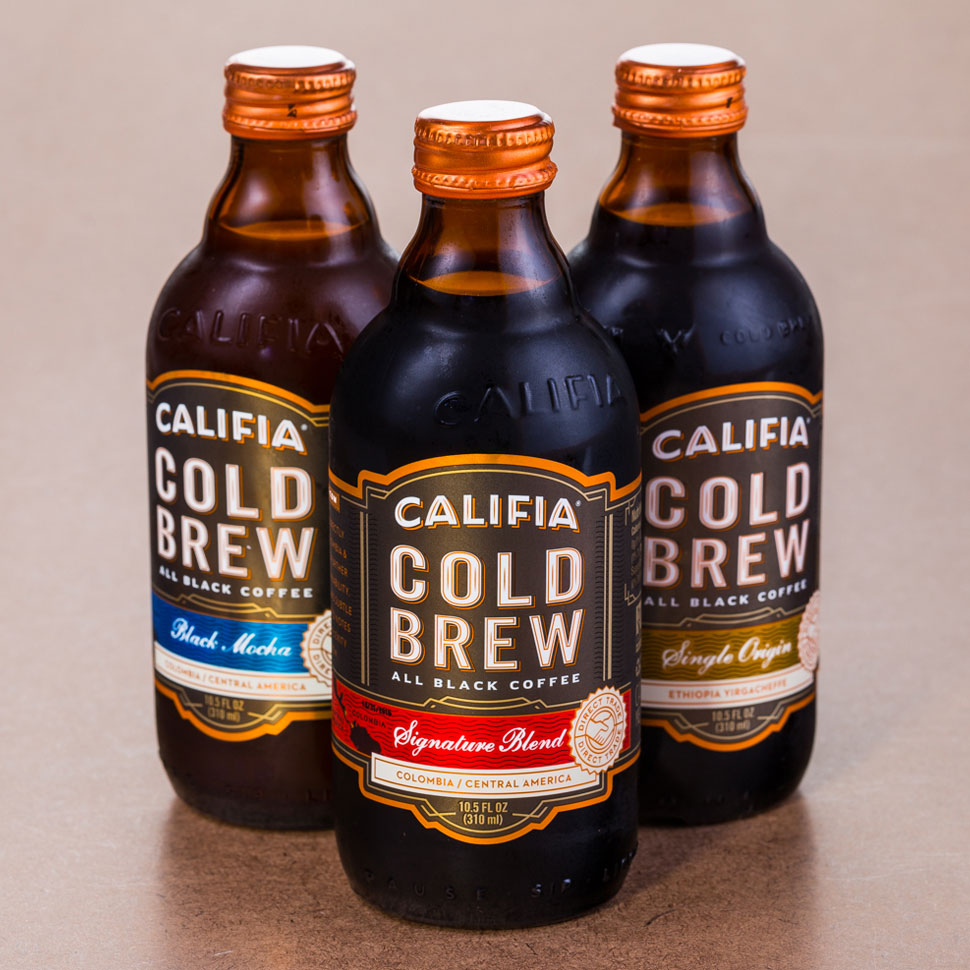 Califia Black Label Cold Brew comes in three varieties, including Single Origin, Signature Blend, and Black Mocha, and it represents the first time that Califia Farms has released a ready-to-drink straight cold brew. The company’s other coffee offerings are either concentrate or blended with almond milk (including a nitro-infused line), so this this was really the only piece missing from having a truly complete line.

As for these three products, Califia Farms has done a really nice job with them. The two unsweetened offerings, Signature Blend and Single Origin, are really smooth and full-bodied products. The differences between the two are subtle and nuanced, which will probably only benefit the coffee nerd more than a mainstream consumer. But both are really top-notch and can stack up to anything that’s currently out there. Then there’s Black Mocha, a blend of coffee, water, sugar, and cocoa. It is, as the name suggests, Califia’s take on a mocha, but without the dairy. With only 50 calories per bottle, we really enjoyed this take on what is often a high-calorie product. However, it is slightly bitter at the finish compared to the other products. Ultimately, we really enjoyed all three.

Packaging is a custom 10.5 oz. amber glass bottle. We like how Califia has taken a familiar approach (it looks similar to the stubby glass bottle that many are using) and given it a unique visual twist. The design is clean, intuitive, and feels great in your hand thanks to the slim profile (compared to a stubby bottle).

If there’s any feedback that we have, it would be to round out the flavor lineup a bit more. As with other cold brew lines that have taken similar approaches, we feel as though having some flavors that are unsweetened and unflavored alongside ones that are sweetened and flavored results in something that isn’t completely cohesive when you’re looking at it on a cooler shelf.

Overall, Califia Farms, which has been on a tear in 2016 with a seemingly never ending supply of well-executed innovation, definitely does not disappoint with the new cold brew line. While there’s some room for adjustment, it’s come out of the gate quite strong.