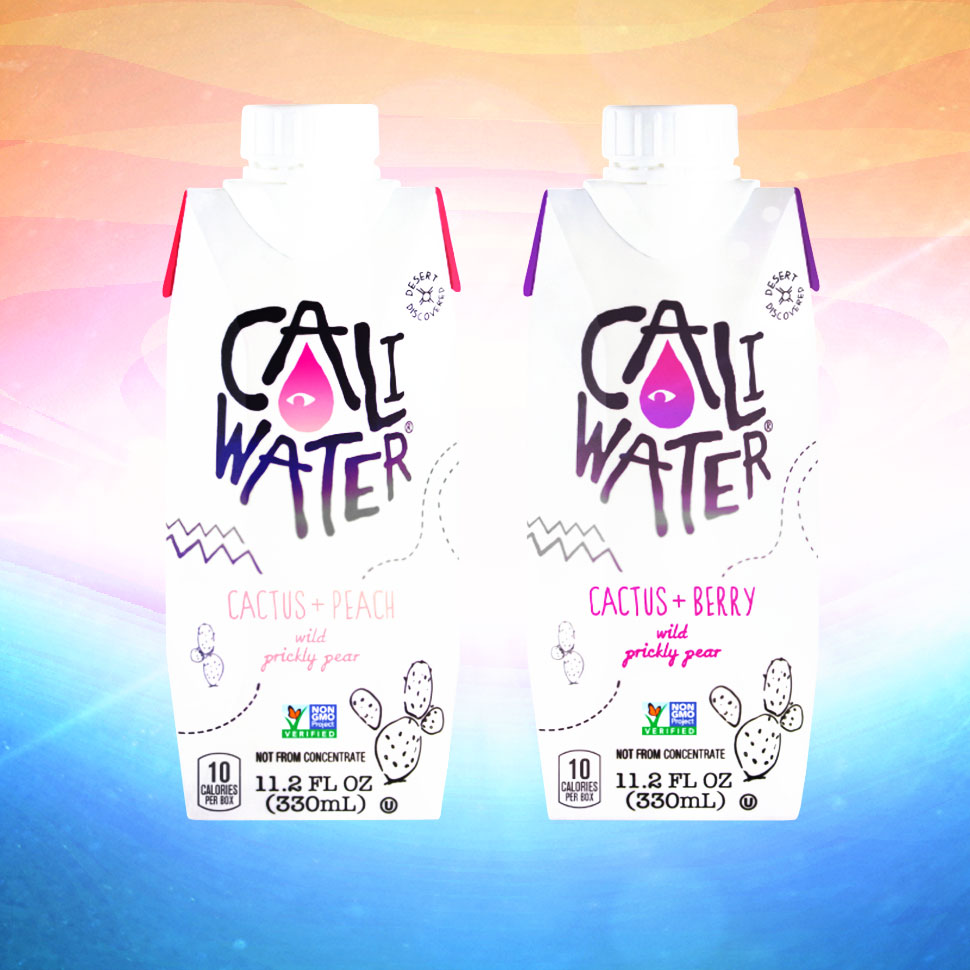 Caliwater, which launched back in 2014, is a brand of prickly pear-based beverages that recently introduced new flavors and a new package format.

Originally offered as a single SKU that was packaged in a PET bottle, the new flavors, which include Cactus + Berry and Cactus + Peach, are packaged in a resealable 11.2 oz. Tetra Pak carton (note: the brand has also moved its flagship flavor into this packaging). From a positioning perspective, this seems like a smart move. Unlike the old package, which feels like an ambiguous functional beverage of sorts, this one looks very much like a coconut water. While that’s not what it is, it does help align it with similar plant-based beverages.

As far as the flavors go, they are both very subtle, with 10 calories per carton and no added sweetener. We found it quite hard to taste much of the peach flavor, although there is definitely a pleasant peach aroma to the product. With the berry variety, there’s a more pronounced fruit flavor, but we still feel as though it’s a bit too light.

Why are we hung up on this? Ultimately, if they are trying to help establish cactus water as a thing -- and we assume they are or they wouldn’t be in business -- we feel as though they need to be creating flavors that are memorable and to provide an experience where consumers seek out cactus water. The current formulations probably won’t disappoint anyone, but we feel as though they have some room for improvement.

Packaging and branding are, on the other hand, an improvement over the original Caliwater. The illustrations are clean and intuitive, and they do a nice job of keeping with the simple, plant based concept of cactus water. Our only comment on the design is that the readability of the Caliwater logo could be improved slightly, with the shape of the “A” in Caliwater being subject to visual disruption caused by the water drop. Otherwise, we think they’ve done a nice job moving the branding forward.

Overall, we feel as though the new flavors and packaging are indeed a step forward for Caliwater. However, what they’ll need to address going forward is how to pull in consumers to this relatively new category. While the carton copy gives some potential glimpses of the product as a functional beverage, we feel as though the liquid and the messaging need to connect to the consumer in a better way than it does right now.