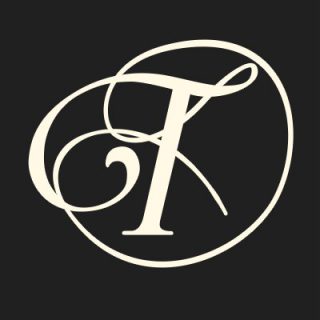 “According to public health experts, high-risk populations include congregate care facilities, homeless shelters and essential workers like first responders, public safety officials, grocery and sanitation workers, who are unable to practice social distancing,” says Jon Kreidler, founder of Tattersall Distilling. “And as more and more places completely run out of sanitizer, we as distillers decided to come together to produce for the people who need it most. We’re truly using an “all hands” approach to make this possible.”

The shared sanitizer product, named All Hands Sanitizer, will be distributed to organizations in need throughout the state. Subsequent production will also be distributed through a partnership with Johnson Brothers and Lunds & Byerlys to ensure that individuals are also taken care of. On a weekly basis, 7,000 gallons of ethanol, a key ingredient in hand sanitizer, will be delivered to the distilleries for the production of sanitizer. The ethanol for this effort has been purchased from Glacial Grains Spirits based in Benson, Minnesota, a part of the Chippewa Valley Ethanol Company. Other key ingredients are being sourced from Hawkins, Inc. in Roseville, Minnesota. The first truckload will be made into approximately 9,000 gallons of sanitizer.

“This is another example of the power of community,” says Rhonda Otteson, Executive Director of the Minnesota Coalition for the Homeless. “I applaud Tattersall Distilling, Du Nord Craft Spirits, Brother Justus Whiskey Company, and other distilleries across the state that are stepping up to fill the dire need for sanitizer. All Hands Sanitizer is helping us ensure that the places we provide are clean and safe for staff and residents.”

Producing this volume of sanitizer is not an easy task for local distilleries, each of whom has lost major revenue with the closure of cocktail and tasting rooms and the voluntary shutdown of onsite bottle sales. The upfront investment is being made out-of-pocket, with additional financial support from the Graves Foundation, who funds and supports historically underrepresented communities’ leaders and organizations in Minneapolis. The distilleries have requested help from the state to cover the out-of-pocket costs of the program. With no response yet, the distilleries will look to finance the operation by selling a portion of the sanitizer to public-health oriented buyers that have funding, so they can give the majority away.

Dozens of distilleries in Minnesota have converted some or all of their production capacity to making sanitizer in the past few weeks. Distilleries are uniquely positioned in this crisis due to licenses and permits to produce and purchase ethanol and/or isopropyl alcohol, key ingredients in sanitizer certified by the World Health Organization (WHO). In response to the COVID-19 pandemic, the FDA issued guidance allowing the extension of a Distilled Spirits Production license to include hand sanitizer and other disinfectants.

For more information and to request sanitizer for a high-risk organization, visit www.allhandsmn.org.

Founded just four years ago, Tattersall’s portfolio has grown to more than 30 all-natural spirits and liqueurs available in 30 states. Products are always made from the best ingredients available, which are locally sourced whenever possible. As such, Tattersall has gained national recognition with top honors at the San Francisco World Spirits Competition, American Craft Spirits Association Awards, American Distilling Institute Awards and more. Tattersall is a proud member of Minnesota Grown, meaning all products include at least 80% of Minnesota grown ingredients. Recently, Tattersall was named on the Inc. 5000 list of fastest-growing private companies in America. For more information visit www.tattersalldistilling.com or follow them on Instagram and Facebook @tattersalldistilling.

In 2013, Chris Montana had a crazy idea to start a distillery in the middle of the city he loved. The goal was to start a family business that would bring together Shanelle Montana’s rural upbringing on a Cold Spring, Minnesota farm and Chris’ experience growing up in Minneapolis, where product is manufactured. The result is Du Nord Craft Spirits, a micro-distillery born of rural practicality and city hustle. Since 2013, the Du Nord family has grown from those small beginnings to now selling eight products managing a cocktail room in South Minneapolis which serves as a collaboration and community space for the surrounding neighborhoods. For the last two years, Chris has been the President of the American Craft Spirits Association, actively working on federal and state legislation for the craft spirits industry. In addition, he has focused Du Nord and ACSA’s attention to diversifying the craft spirits community.