Ending months of waiting, the Coca–Cola Co. has finally purchased a majority stake in ZICO Coconut water, consummating a deal that has lingered in the final stages since the early Fall.

Independent shareholders of the brand began to receive checks for their stakes in the company in April. Coke’s initial investment in the

company, in 2009, was part of a combined $15 million round that divided a 20 percent stake between Coke’s Venturing and Emerging Brands group (VEB) and a group of entrepreneurs, distributors, and celebrities.

As with its purchase of Honest Tea in 2010, the rest of Coke’s investment was contingent on ZICO making certain sales goals.

“We’ve acquired an additional stake in ZICO,” confirmed Coca-Cola spokesman Scott Williamson in an e-mailed statement. “The additional stake validates the broad potential we’ve known ZICO had from the outset and is the natural progression for successful brands in which VEB has an interest.  This further investment will allow our companies to continue to drive growth opportunities and expansion of the brand and the coconut water category.”

Although exact sales figures are not available for the company, sources have indicated that sales were in the range of $45 million last year; additionally, the company’s advertising agency, Ignited, notes that ZICO tripled sales from 2010 to 2011.

Founded by entrepreneur and international businessman Mark Rampolla in 2004, ZICO was one of the three original coconut water brands (the others are O.N.E. and Vita Coco). It was the second to receive financing from one of the beverage giants, pulling Coke on board soon after PepsiCo invested in O.N.E.

The company appears to have thrived with Coke as a partner, making a strong move into mainstream distribution via its move into an HDPE bottle and a from-concentrate format, although it continues to also sell a not-from-concentrate product as well. The company added a hot-selling chocolate flavor variety last year and also released a Latte line extension earlier this spring.

Sales of Fair Trade Certified ready-to-drink beverages grew by 37 percent in 2011, according to new SPINS data reported by Fair Trade USA. In a recent press release, Fair Trade USA cites rising consumer demand for Fair Trade products as well as a number of new beverages in the segment as chief reasons for continued growth.

Tea companies led the charge for Fair Trade beverages as brands including Honest Tea and Steaz introduced a number of new Fair Trade tea drinks in the past year, while others, such as The Republic of Tea, have begun converting their lines to include Fair Trade certified ingredients.

Even if we could make this stuff up, we wouldn’t – Nicole “Snooki” Polizzi, the oft-mocked and ever-tanned star of MTV’s “Jersey Shore,” has launched her own soda. Yup. You read that right. 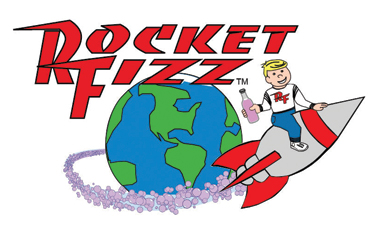 In collaboration with Rocket Fizz, a chain of franchise-owned soda and candy shops, Polizzi introduced Snooki Wild Cherry Soda, a cherry-flavored drink made with cane sugar as well as natural flavors and – much like her spray-on orange tan – artificial colors. The reality TV icon, who trademarked the name “Snooki” in early 2011, is in the midst of a whirlwind effort to expand her brand to a variety of consumer products, including perfumes, headphones, sunglasses, and fake jewelry.

Considering that Snooki Soda would appear to lack any sort of mainstream appeal, Rocket Fizz, which is best known for its variety of novelty drinks, is perhaps the best beverage company suited to take on Polizzi’s newest venture. Rocket Fizz carries a number of oddball brands including Judge Wapner Sodas, a line of soft drinks featuring an image of “The People Court” star emblazoned on each label, as well as the infamous Lester’s Fixins Sodas, a stomach-churning line of fizzy drinks that includes bacon, buffalo wing, and sweet corn flavors.

Snooki Wild Cherry Soda will be available exclusively in Rocket Fizz stores located in Southern California, Nevada, Nebraska, Arizona, and Colorado. No word on whether Polizzi is considering a line extension, but it would be a good guess that some sort of orange flavor is in the works.