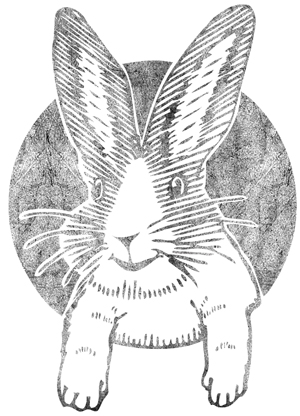 Since late March, the successful initial public offering (IPO) of natural foods company Annie’s Inc. (you’ve probably bought their macaroni and cheese before) has dominated market-related discussions within the natural products industry.  One reason for this is that, unlike the technology industry, where IPOs frequently happen, consumer brands usually get acquired prior to achieving the size necessary to garner sufficient institutional investor interest to support going public. For example, prior to the Annie’s IPO, the last two successful healthy consumer food or beverage IPOs were Teavana (July 2011) and The Fresh Market (late 2010).

Although more common transactions like acquisitions and private placements are certainly newsworthy, they do not create the same high profile of a public offering, nor do they provide the associated transparency of valuation and business performance.  The IPO remains an option that beverage companies should remember. A deep look at the Annie’s IPO shows why.

At its core, Annie’s business shares many of the fundamentals of successful beverage companies.  A review of Annie’s IPO prospectus reveals that the business evolution from staple foods like macaroni and cheese to snacks provided nearly all of the company’s growth over the past two years, and now represents a large component of revenue. Beverages are attractive to investors for many of the same reasons as snacks.  With both, faster consumption rates (daily habits) and broad distribution (grocery, C-Store, delis, etc…) lead to rapid growth compared to many other categories.  Annie’s aggressive move with snacks increased revenue 40 percent and, more importantly, gross profit dollars by over 60 percent from levels experienced in the company’s fiscal year ending March 2010.

The lessons from mining Annie’s IPO prospectus and related documents provide some additional insights of value that have parallels in the beverage industry:

Capital efficient growth: Annie’s paid-in capital to revenue ratio was about one-to-one as of 2009, a high level of investment for a later-stage business approaching $100 million in revenue.  Since then, through margin improvements and growth driven by new product introductions, the ratio dramatically improved, enabling the company to grow profitably without the influx of additional capital.

Extendable brand:  Through its growth, Annie’s successfully retained a clear brand identity with consumers across multiple SKUs and categories.  Beverage brands that can do this also can become winners (think Honest Tea and SoBe, for example)

Price point: Annie’s product line is priced at a premium to mainstream products – but not materially higher than less-healthy alternatives so as to limit its customer base.

That’s not to say that it’s easy to go public. A successful IPO requires favorable market and industry conditions and a company of sufficient size, growth, and profitability to draw interest from institutional investors. The IPO size requirement has grown substantially since the 1990s, as target investment funds have grown larger and demand significant liquidity before making investments. A further danger is that many companies manage to complete an IPO but then fail to attract sufficient investment interest to sustain trading levels.  To provide an idea of how successful the Annie’s IPO was, consider the following points:

• Annie’s stock opened at $31.11/share and now trades near $38.00/share as of writing this article—an enterprise valuation of nearly 5x and 30x trailing twelve-month revenue and EBITDA, respectively.

• Over 80 percent of the Annie’s shares offered were sales by insiders, an amount significantly higher than average.  For comparison, the 2011 IPO Report published by WilmerHale states that for all U.S. IPOs between 2007 and 2010 only 54 percent had selling shareholders and the median percentage sold was 33 percent.

So, knowing it’s a success, what else does that mean for beverage companies? First, consider the sector implications: A successful IPO provides confidence to institutional investors in regards to the fundamentals of the healthy living consumer sector.  Annie’s was a target investment from a growth investor (Solera Capital).  Growth investors typically seek companies with established brands with the ability to expand in a capital-efficient manner to a size that will support a much higher-value exit.  According to Annie’s IPO prospectus filed with the SEC, Annie’s had approximately $7 million in revenue in 1999 and presumably had 2x to 3x that amount when it received its first investment from Solera in 2002, given that it had revenue of $65 million in 2007.

Beyond that, however, an IPO like Annie’s helps buttress the idea that large mainstream brands can still be built independently and profitably. There has been an accelerating trend of health-oriented consumer companies selling to large corporations at earlier stages of development.  This is particularly true with beverage companies, as nearly all of the major players have formed special internal groups focused on locking up promising brands at early stages.

On the other end, however, there are few instances where institutional investors have made large commitments of capital with the purpose of growing a consumer brand independently until it can merit public ownership.  But Solera’s approximately $75 million investment in Annie’s is unusual and proves that the model of independently building brands is still valid: The IPO cashed out Solera with more than their investment amount — plus, their retained stake has a paper value of approximately $400 million, based on current trading values.

Investors and acquirers become more aggressive during favorable economic times. Today’s active IPO market is reflective of favorable economic and broader market conditions as a strong IPO market can be the first to vanish in a downturn and the last to flourish in expansions.  Everyone remembers the high valuations associated with the Internet IPO and investment frenzy.  A similar ‘bubble’ was observed with beverage angel funding after the success of Glaceau before the 2008 recession. It is expected that the remainder of 2012 and 2013 will feature more high-profile M&A announcements, and again, here is a place where we can look at the Annie’s IPO for another important financial tool: comparable data, or “comps.” IPOs Provide Valuable Information to Investors and Other Sector Participants

Investors at any stage evaluate an investment based on its internal fundamentals such as revenue, growth, profitability, management team, etc., and also on the certainty of a successful exit.  Financial investors benefit greatly from the disclosure of all of these fundamentals within the IPO prospectus — but so can companies in the industry.  For example, it is helpful to an investor that is evaluating a healthy beverage company to know that Annie’s gross margin improved from 30 percent in 2009 to approach 40 percent prior to going public.  This benchmark can then be used to evaluate projected margins of the target investment company when it reaches critical mass.  Other branded product companies will be interested many of the disclosures on strategy such as the significantly increased use of six to nine month forward contracts to hedge ingredient costs.  Acquisition announcements may disclose price but rarely reveal revenue, gross margin or overall profitability.  All sector participants benefit from the detailed disclosures that offer unique insight into the growth and development of well-known private companies.