The stock market has hit all-time highs, private equity has over $320 billion of capital looking for a home, Coca-Cola and PepsiCo have more than $27 billion of cash on their combined balance sheets, carbonated soft drinks continue their seemingly perpetual, long-term decline and the robust move towards healthier and functional beverages continues. What does that mean for the beverage capital markets? Good things. This article highlights some notable investments in and acquisitions of beverage companies in the United States since January 2012. Many deals have occurred. Our consumer investment banking team at Silverwood Partners has directly participated in eight different beverage transactions since January 2012 – not all of which have been or may ever be made public.

In the past I have written articles for BevNET on topics such as strategic acquirers and innovation, the company characteristics that venture capital and private equity funds look for in an investment opportunity, and the numbers and metrics that matter most for investors and acquirers. When we looked at the notable deals from 2012 and so far in 2013, we believe those earlier observations hold. Investors and buyers look for brands that can be very large “permission to extend,” are on trend and are highly innovative. They want leaders. When they get into the numbers, growth in same-store-sales matters: when a company promotes, sales will lift, but the new post-promotion baseline sales levels had better exceed pre-promotion levels. And making money matters…if you’re not there now, then you need a believable path towards profitability: the higher the gross margin, the better. How else can you afford the marketing needed to become that billion dollar brand? 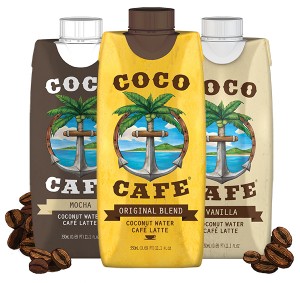 In addition, some themes within the deals clearly stand out. Although we cannot print many of the deal specifics we know for many of the transactions noted in this article, there are clearly deals that are winners and losers. For example, mix-1 did not turn out the way Hershey would have liked. PDK Energy’s SEC filings detail a price paid to Hershey of $120,000 in cash and 2.5 million of non-trading company shares for the brand. This multiple will likely not appear in many business plans as an example justifying pre-money valuations of 3-5X sales.  On the other end of the spectrum, some deals have outstanding multiples – almost always well-earned.

On the investment side, the themes of healthy beverage growth, the importance of science and functionality (KeVita and NextFoods – probiotics; Neuro, Bai, FRS), low-cal (Bai, Balance, Hint), coconut water (Maverick Brands, Coco Café) stand out. The near-ubiquity of Emil Capital Partners (four deals) as a new, active investor in the beverage space must be acknowledged. Angel investors still matter as well and will continue to do so for quite some time. For beverage companies with less than $5 million in sales, angels are often the only capital available.

The joke on investors is true – they always enter the room walking backwards with their eyes on the exit. They have to. Without eventual liquidity, why would they invest? At Silverwood, we see hundreds of potential beverage investment and M&A client opportunities a year – and just like the process that investors and strategics go through, the vast majority of these companies fail to pass our filter: too small, too limiting or niche a brand, poor margins, lack of enough same-store-sales growth, excessive capital burn, competing in an overly-crowded category or competing in one where strong exit opportunities are rare. The novel opportunities and break-out brands with long-term staying power are, rightfully so, few and far between. But they are there. Look for some more interesting deals to be completed in the second half of 2013 and the first half of 2014. Not all of these will likely be announced and known – but several are in process already, and those that have that “special something” will find the capital and liquidity events they deserve. After Annie’s successful IPO last year, also look for an increasing trend towards IPO as a viable exit option for independent beverage brands with scale and sustainable growth potential. More exit opportunities equates to more investment opportunities. Stay tuned…

Michael Burgmaier is a Managing Director at Silverwood Partners.