Here in the beverage innovation space we talk a lot about, well, innovation. But it’s a slippery concept, subject to qualification in all kinds of ways.

There’s close-in innovation – line extensions and the like – and there’s breakthrough innovation. (The big beverage companies do the close-in stuff well enough, the reasoning goes, but struggle with the breakthrough stuff.) There’s product innovation, packaging innovation, marketing innovation. What’s innovative in a new item often seems not to be recognizable even to retailers and its own distributors until the brand is well advanced. But in a kind of circular logic, the concept of innovation seems to expand to accommodate any product that ever attains any kind of breakout success, at least at the premium end.

Most often, it seems, we associate innovation with some daring new ingredient or some startling new functional claim that will jolt consumers out of their buying habits and, as important, get them to pay a premium price. Partly, I think, that’s just because such products are easier to get one’s hands around. They have more of a man-bites-dog kind of newsiness. Yet some of the most highly touted “innovations” of recent years – the cap-dispensed Activate, the massively fortified Body Armor – so far have failed to reach ignition, though it’s still early days. 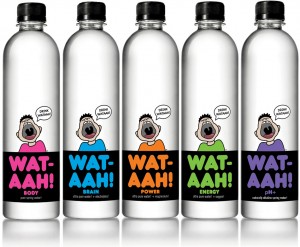 Rather, many of the more successful brands of recent years seem to defy common notions of what’s innovative.  We’ve had Vita Coco Coconut Water, which represents more a mainstreaming and repositioning of an ethnic staple, than any kind of pure invention. (In that sense, the marketing has been the innovation.) Even Marley’s Mellow Mood, which had a flamboyant run its first two years, can be seen less as an example of functional innovation (helping to inaugurate the relaxation category) than as a branding play based on a reggae icon whose legacy seems to resonate across generations, putting it more in the marketing innovation camp. (Complicating the analysis, that brand’s flattening over the past year coincided with its reformulation away from melatonin, supporting the notion that it did represent a degree of ingredient innovation. But not everyone is convinced that’s been a decisive factor. Stay tuned.)

If you look at some of the brands that have been igniting lately, they’re bold in taste, approachable in price, require little consciousness-raising to understand and – psst! – contain precisely the ingredients that consumers tell pollsters they’re trying to stay away from these days. Calypso Lemonade, for example, contains gobs of sugar, but resonates enough in some ways to have transcended the traditionally heavy seasonality of the category.

Which brings us to that phenomenon called Sparkling Ice. It’s taken the market by storm, exploding in sales and prompting responses from Coca-Cola and PepsiCo that bear earmarks of being panicked rush jobs. The brand, as you know because you’re likely drinking it yourself, is a zero-calorie, sucralose-sweetened, bright-tasting “water,” often priced at a very approachable $1. It contains only token nutritional fortification, and its conventional twist-cap plastic bottle makes no claim of being a new “delivery system.” It has artificial colors and preservatives that supposedly are no-no’s to lots of consumers these days. Its marketing so far hasn’t seemed very special. So where, then, is the innovation?

Maybe the innovation is in simply offering a different take on a classic established category – in this case, diet CSDs. The different form factor and the fruit flavors (even though there’s no fruit in Ice, not even in its new lemonade extensions) and the positioning as “the bold side of water” seem to be convincing consumers it’s a healthier alternative to items like Diet Coke or Pepsi Max. Given the ominous softening diet CSDs have suffered lately, that would explain why Coke and Pepsi have moved into emergency-response mode, with Fruitwater and a restaged Aquafina Splash, respectively.

If there’s something familiar sounding about that theory, it may be because you can make a good case that another vibrant new category – energy drinks – similarly represents a redefining of a major incumbent segment. The drinks’ taurine and ginseng and guarana merely serve to disguise that they’re sodas in different-sized cans from regular caffeinated CSDs, backed by a new genre of marketing that eschews paid media in favor of building relationships with cutting-edge young athletes and musicians. Indeed, under regulatory pressure lately, the energy drink marketers themselves have essentially been arguing, “Hey, we’re just soda!”

So what are the lessons here? Most of all, I suppose, not to overlook simple new twists on conventional beverage genres. A few years ago in this column I coined the phrase “functional fatigue” to suggest that many beleaguered consumers, in the wake of the financial crisis, had moved on to addressing more fundamental issues in their lives than figuring out the function of ingredients in expensive, highly engineered products. The success of items like Sparkling Ice and Calypso suggest there’s a lot to be said by offering down-the-middle products that most anyone can afford.

The same dynamic may play out in other segments. After countless entrepreneurs have foundered in efforts to offer “better” kids drinks, one of the few that’s shown any kind of staying power has been Wat-aah – unsweetened, unflavored, colorless spring water with the merest token of nutritional reinforcement. The only thing special about it seems to be the flamboyant branding that doesn’t pander to adult notions of what kids want. Though its CEO likes to mock-apologize for failing to offer any innovation, once again, the innovation may be simply in the branding. Hey, winning in beverages is always going to be something of a crapshoot, but maybe we’re overthinking what “innovation” means.