In 2010, Four Loko found itself somewhere between Legos and Windex on the definitive list of things that no human being should ever consume as compiled by screaming heads on television, concerned politicians and horrified parents alike. The flavored malt beverage (FMB), known both affectionately and disturbingly as “Blackout in a Can,” packed a jolt of caffeine with a walloping alcohol content, but also boasted palatable fruit flavors in its infamously huge, brightly colored 23.5-oz. cans. Those attributes, paired with a rash of debauched and deadly incidents across the country where the drink could be found at each proverbial and literal crime scene, earned the drink the unwanted reputation as a weapon of campus destruction.

It was just too much booze, with too much caffeine, in too big a can, and it was bound to kill us all. And people loved it. In the year leading up to Phusion’s forced decision to tweak Four Loko’s formula in November 2010 by voluntarily removing its controversial ingredients – caffeine, guarana, and taurine –  its top three flavors sold an accumulative $97 million, BevNET reported around the same time, making them the  #3, #5, and #18 overall SKUs in the “progressive adult beverage” (PAB) category.

But the heat surrounding the brand was intense, which helped bring about a number of still unsettled wrongful death lawsuits, and the fallout from lobotomizing the recipe cost the company 30,000 points of distribution. “We were off the shelves in a lot of markets for two months,” Jeff Wright, co-founder of Phusion, told The Fix in April 2011. “[T]he competition came in and took that distribution.” Now, with the help of some new rising flavors as the standbys decline and a staunch defense of its practices past and present, the company’s flagship brand is holding on in the PAB category, despite its name’s enduring presence on political hit lists.

Still, there have been some changes in the old gang. One of Phusion’s original bad boys, Watermelon, is floundering since being stripped of its super powers. Data from IRI, a Chicago-based marketing firm, measured through Dec. 29 of last year had the brand down 16.6 percent in dollar sales in multi-outlet and convenience channels (MULC), as it rang in $32.7 million. Fruit Punch, another former titan, saw its dollar sales slip 5.7 percent in the same time span, selling just south of $41 million in MULC. That downward trend has continued into this year as Watermelon’s dollar sales have decreased 15.6 percent through Feb. 23 versus where they were at that time a year ago, while Fruit Punch was down 0.2 percent.

“Some of the [product] changes were certainly critical,” said Jeff Nowicki, chief strategy officer of BUMP Williams Consulting, a beverage industry insight firm. “The caffeine infusion, that was huge. They were using that as kind of a Red Bull.”

Nowicki added that losing its notorious energy boost may have changed the consumer acuity of the brand, skewing its perceived value.

“I think the consumer perception was it was a big bang for their buck and that’s not the case today… Obviously it certainly doesn’t pack as much in the can,” he said.

Meanwhile, weapons of slightly less mass destruction have shown gains. Anheuser-Busch InBev’s Bud Light Lime Straw-Ber-Rita hit the market in the FMB category in March of last year and raked in more than $245 million. Sales of its Lime-A-Rita, introduced the year prior, were up 35 percent in 2013 and earned $201 million. Doubling down on the success of the Rita brands, A-B InBev announced in March of this year its plans to add two new flavors to the lineup.

The flailing sales of Four Loko’s Watermelon and Fruit Punch are noteworthy as well because the PAB category itself has grown 16 percent this year in MULC, behind only craft and cider in the broader beer category.

Phusion did regain those 30,000 lost shelves over the years, however, and is now selling Four Loko in 49 states (excluding Utah) and new flavors, bereft of caffeine, have been flourishing nevertheless. 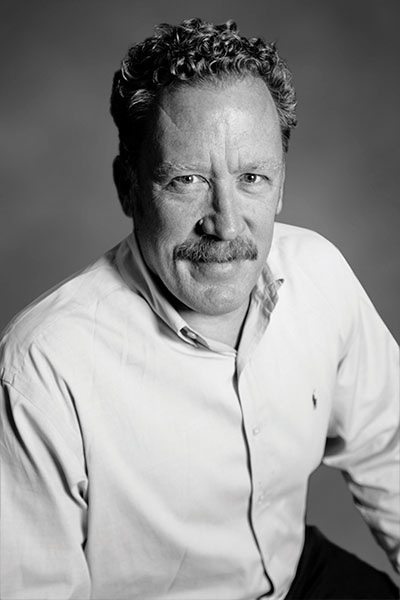 “To keep us as [at] the forefront of consumer demand, earlier this year we introduced our newest flavor, Blue Hurricane,” Phusion president Jim Sloan wrote in an email to BevNET, which brings the Loko portfolio to nine varieties. Phusion declined for anyone to participate in a more formal interview.

That share number alone is proof positive that Phusion doesn’t need caffeine to stay afloat, but caffeine, as you may recall, was never the only controversy surrounding the brand.

In fact, a number of wrongful death lawsuits have also been levied at the company, alleging in some way or another, that Phusion failed to disclose the dangers of its product, a negligence that ultimately led to death or other injury.

Sloan said the company does not typically comment on ongoing legal matters, but did offer the following on the matter: “[I]t is important to remember that just because a lawsuit is filed does not mean it has merit. We have successfully resolved most of the lawsuits and are confident that we will achieve that same result for the handful of cases that remain.”

But as long as there are social media outlets, it seems people are going to be talking about Four Loko – whether that’s to the brand’s advantage or not is in the eye of the observer.

On November 16, 2011, attorneys general from 36 U.S. states and territories submitted comment to the Federal Trade Commission (FTC), praising its complaint with the company, stating that Phusion’s “express or implied representations” on social media and in advertising that a single can of Four Loko in its more nefarious form was safe for individual consumption constituted “unfair or deceptive practices or false advertising in violation of the Federal Trade Commission Act.”

Fast forward to 2014: the headlines are reporting the final demise of Four Loko as Phusion agrees to pay $400,000 in a multi-state settlement over allegations that the company “unlawfully marketed its flavored malt beverages, promoted the misuse of alcohol by underage individuals, and failed to disclose the effects of drinking alcoholic beverages combined with caffeine,” according to a statement from Massachusetts Attorney General Martha Coakley’s office.

The highlighted social media campaigning that so irked these attorneys general were of the predictable ilk and posted primarily by consumers to Four Loko’s Facebook pages: “these aint for no sissy these will get u right,” or “four loko did more than turn me into a clown last night,” or “Already 3 blueberrys in the system,” – you get the picture.

“While we strongly support the right of our consumers to voice their opinions on our social media sites, we never want to see our products portrayed irresponsibly. Added Sloan,  That’s why we constantly monitor our sites to remove unacceptable comments or images,” added Sloan, who said that the company still stands by its belief that caffeine and alcohol can be mixed and consumed safely and responsibly.

When reached for comment on whether Phusion has sufficiently distanced itself from promoting the brand as an energy drink or a beverage designed especially to turn its drinkers into, as one of the above commenters so eloquently put it, clowns, Janet Evans, with the FTC’s Bureau of Consumer Protection, said simply there is no public information on that.

Sloan added, however, that this settlement was “a practical way to move forward,” and finally put the past four years to bed, maintaining the company has not broken any laws with its advertisements or recipes. Nowicki, the consultant, had a slightly different take.

“If they had been misrepresenting their brands and 20 states went after them, and they got a $400,000 settlement, that’s almost like, really?” he said. “They just gave them something to placate somebody and go away. If it would’ve been a multi-million dollar type settlement, I would’ve said, ‘well, then I suspect they had some major infractions,’ but I suspect they nitpicked minor infractions.”

A Facebooking patron had yet another take on Four Loko, this one grammatically haphazard and dated April 13, 2014: “One time i drank four loko.. Thats all i remember.”