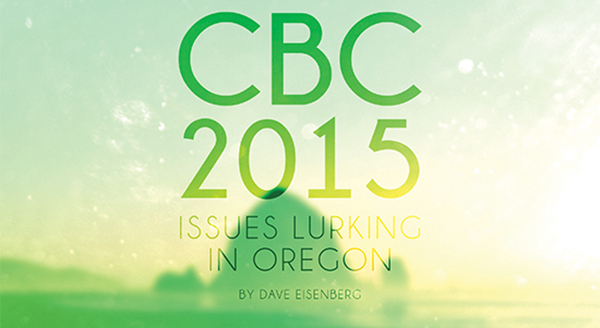 ADDRESSING THOUSANDS OF BEER INDUSTRY PROFESSIONALS AT THE CONVENTION CENTER IN PORTLAND, ORE., CHARLIE PAPAZIAN, THE PRESIDENT OF THE BREWERS ASSOCIATION, DETAILED THE SIGNIFICANCE OF CRAFT BREWERY SELF-REFLECTION.

Kicking off this year’s Craft Brewers Conference, Papazian expressed the importance of brand development, cultivating an image and “knowing who you are and why you do the things you do” in order to succeed in a crowded marketplace that shows no imminent signs of plateauing.

“Never ever under-estimate the importance of defining yourself, your company, your brand and your uniqueness as a group of small and independent brewers,” he said. “Don’t let others define you.”

The BA, for its part, actually does define craft brewers. By their standards, a craft brewer must be small (producing less than 6 million barrels per year), independent (less than 25 percent owned by a company that is itself not a craft brewer) and traditional (the majority of a brewer’s total beverage output is comprised of traditional or innovative brewing ingredients).

While last year’s opening session focused heavily on maintaining quality, this year Papazian, alongside other BA executives, focused on the future, discussing not only identity building, but also legislative initiatives and the sudden influx of private equity money infiltrating the space.

Speakers during the general session also addressed legislative issues, specifically the Small BREW Act, a BA-backed tax initiative on Capitol Hill that aims to dramatically cut back the federal excise rate brewers pay on every barrel of beer they produce.

Katie Marisic, the BA’s newly appointed federal affairs manager, called for attendees to consider how such legislation would impact their businesses.

“I want you to think about what you’d do with that type of money,” she said. “Reinvest, grow your brewery, hire employees.”

Gary Fish, chair of the BA board and president of Oregon’s own stalwart Deschutes Brewery, reminded the audience that such initiatives aren’t entirely unopposed.

“We face a barrage of opposition on Capitol Hill, all from within the beer industry,” he said.

The Beer Institute supports a competing tax cut proposal, the Fair BEER Act, which would benefit brewers of all sizes, not just those that produce fewer than 6 million barrels per year.

And then there’s increased frequency of dealmaking in the space, by global beer corporations, recognized craft breweries, and private equity firms alike. By BA director Paul Gatza’s calculus, over the past year, there’s been a deal of some sort about once per month on average.

What that all means, exactly, Gatza has yet to make heads or tails of, he said.

“When the large buys the small, there’s a bit of backlash,” he said. “But the private equity deals, I don’t really know how that’s going to play out.”

Gatza also touched on some of the other conflicts facing the industry, including intellectual property disputes, difficulties with distribution partners, and FDA labeling requirements. 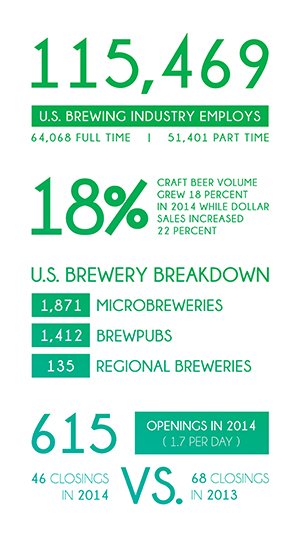 Lastly, BA staff economist Bart Watson laid out some of the cold hard numbers, putting into perspective what this industry has wrought to this point:

• Meanwhile, overall beer was up a mere 0.5 percent (“Without craft brewers, the overall beer market would be lagging,” said Watson.

Meanwhile, another key session at the conference to one of the biggest issues facing the craft brewing industry as it continues to evolve: franchise laws, the rules that contractually bind manufacturers to their wholesaler partners.

Across the country, brewers are trying to find more latitude in how they bring beer to market. On the other hand, wholesalers want not to be at the flippant will of a partner who may terminate a relationship for no good reason, thereby crippling their own business.

It’s a tricky situation and the laws and solutions vary from state to state. But that didn’t stop Marc Sorini, an attorney with McDermott, Will & Emory who specializes in alcohol regulation, from tackling the subject.

Before making the case for reform, Sorini explained some of the benefits of tied house laws. He brought up the example of a major soda brand essentially buying a retail franchise, keeping a major establishment stocked only with Coke or Pepsi products, for instance.

That is to say, the current system comes with certain protections for brewers providing them viable routes to market. Nevertheless, he said, reform is necessary and a net good for the industry at large.

Laying out the case for brewer-friendly reform, one of the main things Sorini discussed was self-distribution. He said the freedom to do business without a wholesaler in the first place alleviates some of the risks assumed by wholesalers when they take on new brands.

Sorini said self-distribution provides an incubator for smaller brands to test the market on their own before a wholesaler commits valuable resources behind selling a new and unknown product.

“How many great brands have been created by self distribution? When you think of Stone, think of Widmer,” he said. Now, however? “They’re making distributors lots and lots of money.”

Sorini also spent a sizeable portion of the talk countering some of the arguments against reform. One of the oft-cited rebukes is rooted in the old adage, “if it ain’t broke, don’t fix it.” While the system may not be broken, Sorini noted that more lenient laws are in place in some of the nation’s most notable craft markets. The three-tier system of brewers, distributors and retailers has not been fractured in those areas, he said.

Regardless of the contentious nature of the subject matter, Sorini said he expects to see “more reasonableness on both sides” over the next five years as industry stakeholders in all 50 states evaluate the mechanics of the three-tier system and push for reform.