Consumers have been changing the way they eat for years now, purchasing more organic and natural products, and among other things, cutting sugar, avoiding additives and preservatives, reading labels more closely, and watching for allergies.

But they’ve also been doing that from the start for the next generation: as far back as 2013, organic baby food had become more than 20 percent of the total category in the U.S. – five times the 4 percent share of organic in food overall.

All those kids have to grow up, and as a result, the suppliers of beverages to those children are also evolving. 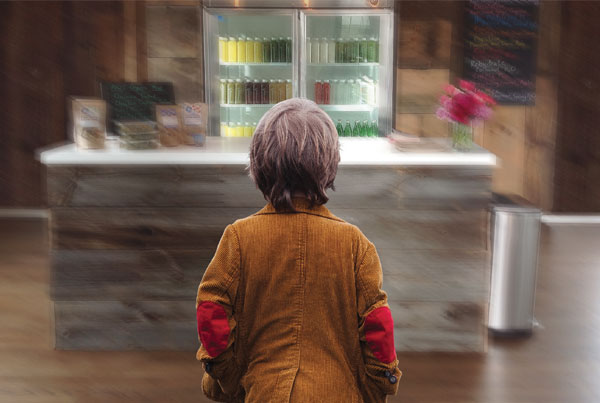 Some brands, including good2grow, have retooled formulations to reduce sugar and calories. Others such as Juicy Juice and Capri Sun introduced organic product lines, while Hain Celestial-owned Ella’s Kitchen has focused on creating nutrient dense formulations. Honest Tea has shown massive growth in extending its brand to a younger set, as well.

Robyn Mermelstein, the Director of Brand Marketing and Director of Digital Marketing & Social Media for Hain Celestial, sees a long runway for innovative kids’ beverages targeting 2-5 year-olds – but adds that there is also significant opportunity to create new product lines for older kids.

“We really want to crack the code on 5-10 [year-olds],” Mermelstein said. “What does that look like and how does it look different, taste different, act different to a 10-year-old versus a three-year-old?” Mermelstein said. “And how do we deliver a product that is fun, that they’ll enjoy as an alternative to if they’re already drinking sweet drinks or soda?”

Replacing sugary drinks with healthier ones has become of significant importance to parents, according to a new report published by industry trade group the Food Marketing Institute and Rodale. The report found that a product’s healthfulness for children influences 91 percent of parents’ food and beverage purchases. Moreover, market research firm Packaged Facts found that nearly half of parents consider nutritional value as a top influencer.

Ella’s Kitchen beverages were born out of a partnership with Target and that retailer’s Made to Matter program, which focuses on working with existing purveyors to increase shoppers’ access to natural and organic products. The initial focus was on the youngest consumers via an aloe-infused hydration line that comes in mainstream flavors, including strawberry lemonade and blueberry apple, and a smoothie line focused on providing nutrition and satiety through varieties blended with beets, zucchini and sweet potato.

Target and Ella’s Kitchen have since expanded their partnership with new drinks aimed at older children. Ella’s Kitchen Pressies is a new four-SKU line of cold-pressed, high pressure processed juices made for kids aged two and up. This month, Target will introduce a dairy-alternative beverage line developed by Ella’s Kitchen as well: he new drink blends are made with rice, coconut and nut-based milks and sweetened with fruit puree, Packaged in 200 mL drink boxes.

While Ella’s Kitchen drinks may have gained traction at Target and other retailers, they have yet to move the needle in terms of market share in a category dominated by legacy kids’ brands. Like Ella’s, however, other brands, including old standbys like Juicy Juice, are also trying to extend their brands to older kids with new products.

Earlier this year Juicy Juice introduced Juicy Teasers, a blend of fruit juice and decaffeinated tea. Ilene Bergenfeld, the Chief Marketing Officer of Harvest Hill Beverage Company, which owns Juicy Juice, said that the line originated from research that found that “older kids are looking for more beverage variety, but there was a gap in the better-for-you beverage category since most options have sugar and/or caffeine.”

Juicy Juice Teasers were launched a year after the brand’s Splashers line, which Harvest Hill released in 2015. The pouch product is a blend of fruit juice and filtered water made with less sugar than other varieties. The line is targeted to reach kids aged 5-8, a group slightly older than the consumer base for Juicy Juice juice boxes, according to the company.

Keeping the kids happy and engaged is the key. In a recent report on the market for kids’ food and beverages, Packaged Facts found that kids aged six and older “wield a considerable amount of purchasing power” and that “brand loyalty is nurtured in children even younger.” It’s a big reason that Ella’s Kitchen and others are attempting to build a base of consumers at an early age and innovating to meet both the wants of children and needs of parents as they grow.

“Everything’s on the table,” Mermelstein said. “We work very closely with our retail partners. We’re setting up dates to do innovation sessions together so that we can build platforms… so that at the end of these sessions we’ve got a 2-3 year pipeline of items to develop.”