Rohan Oza and Brett Thomas of CAVU Venture Partners, a recently launched food and beverage fund that’s invested in the likes of Bai, Health-Ade, High Brew and WTRMLN WTR, sat down with BevNET Editor-in-Chief Jeff Klineman to discuss some of the keys to growth.

“First of all, they need money,” said Oza, the former chief marketing officer at vitaminwater, when asked what all founders require for success. “The biggest mistake some founders make is trying to raise too little because they’re fearful of dilution. But it’s better to own 20 percent of a $1 billion company than it is to own 80 percent of a $5 million company that’s headed to bankruptcy.”

“The challenge is always trying to find the perfect sweet spot where the entrepreneurs are OK with the dilution and managing that versus handcuffing them with not enough capital,” added Thomas. “Fundraising is very time consuming, so to be able to raise enough earlier on will prevent you from having to go back out four months later if you run out of capital. Especially in beverage, it takes a lot of money.”

Klineman was next joined by Sheryl O’Loughlin, current CEO of San Francisco-based beverage brand REBBL. In a discussion on navigating companies through various stages of growth while maintaining their core values, O’Loughlin spoke not only on her recent experience at REBBL, but also looked back at her time as CEO of Clif Bar, where she took the company from $100 million to $200 million in revenue.

Also taking a trip down memory lane was First Beverage Group managing director Tom First, whose presentation on “The Evolving Challenge Set Facing Beverage Innovators” saw him compare his early days in the beverage industry as a co-founder of Nantucket Nectars to today’s state of affairs.

“The next 10 years are going to be even more dynamic than the last 10 years,” First told the audience of entrepreneurs. “Founders are smarter than ever and they need to be. I’d love to say I built Nantucket Nectars with Tom in as challenging a time as you guys are in today, but that’s not true. All the same challenges existed but they were less intense than they ever were before. But it’s a great time to be in this industry.”

Celebrity trainer and entrepreneur Jillian Michaels would take the stage next, alongside business partner Giancarlo Chersich, with whom Michaels acquired a controlling stake in Las Vegas-based Lucky Jack Coffee at the top of 2016. Together, the two took on the topic of consumer lifestyle trends and influencer adoption, and the keys to introducing beverage brands to the fitness and wellness community she made a name for herself in.

Following the lunch break, Brian Ross (chief innovation officer at Made in Nature), Jordan Silbert (founder and CEO of Q Drinks) and John Maggiore (founder of Maggiore Sales & Marketing) explored the intricacies of the center store grocery environment and how brands can find success and drive revenue in this lower-traffic section of the store. 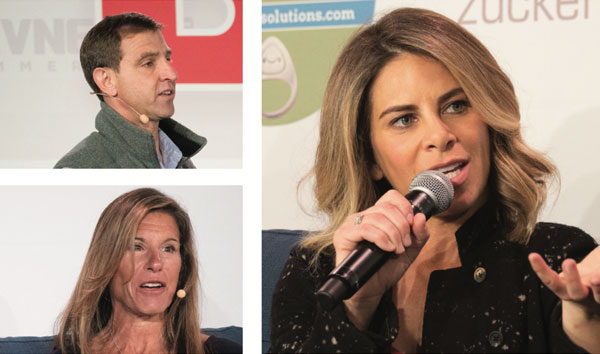 “As the [craft soda] category began to get a little traction and new players came in, craft soda went from this very refined palate to big, punch-you-in-the face gigantic soda,” said David Lemley, president and creative director of Retail Voodoo, who led the Dry Sparkling name change. “That was confusing our core customers and creating more confusion amongst the people we decided were our customers-to-be. Changing the vocabulary from Dry Soda to Dry Sparkling clarified the category.”

Next, in a sit-down with BevNET managing editor Ray Latif, Todd Carmichael, the founder of La Colombe Coffee Roasters, discussed how his coffeehouse company is looking to leverage its existing strengths in brewing and blending to take the brand into the ready-to-drink beverage segment and earn the “love” of a wider set of consumers.

“We’re not competing for the dollars of the clients against the guy next door, we’re competing for [consumers’] love, their attention,” Carmichael said. “When you get that, you’ve got a customer. So when I’m asked who our closest competitor is, I never say The Green Mermaid or Caribou Coffee, I say Apple. I say Nike. Companies who have earned that space in the consumer mind.” 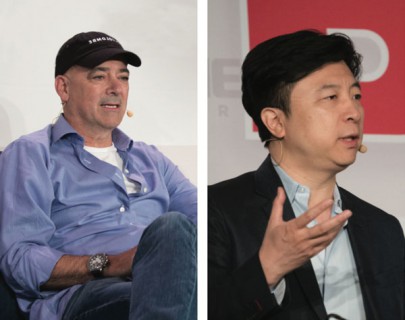 Weiland arranged for all the attendees to leave with a small bottle of Underberg, a brand of bitters said to aid digestion. It was a welcome digestif for many — there had, it was true, already been much to chew on and digest.

Day Two began with a data-driven dive, as Andrew Henkel, vice president of growth solutions for SPINS, the leading market research provider for the natural and specialty products industries, guided entrepreneurs across the natural beverage landscape.

In examining the trajectory of growth in refreshment beverages, Henkel took a step-by-step approach to which channels, categories and product types are driving growth. The findings revealed that growth is coming out of natural and specialty channels — which Henkel called “innovation channels” — and that shelf stable functional beverages, water and ready-to-drink tea and coffee, and natural beverages, respectively, are helping grow the overall pie.

Shen Tong, co-founder of incubator fund Food Future, would follow, taking on the topic of impact investing and his goal of making changes of substance in the world’s food supply. Joining the former Chinese dissident on the stage were Jomaree Pinkard of Hella Co. and John Houseal of GIVN Water, two likeminded brands looking to achieve social change by way of the beverage business.

In a sit-down with Latif, Shauna Martin, the founder and CEO of Daily Greens, and Justin Trout, co-founder and COO of Health-Ade Kombucha, discussed strategy for attacking the leading brands – Suja and GT’s – in their respective categories.

“In our category, the leader is beloved, and people like what they have, to an extent,” said Trout. “But we’ve found that when we give them a truly different option from what they already have – something that looks, tastes, talks, acts different – and we believe, better, it’s been shown that we’re bringing in customers by the boatfull.”

Following a networking break and commencing the finals of the New Beverage Showdown, Daniel Lohman led a presentation on category management and how smaller, entrepreneurial brands can use that discipline to level the playing field with their larger, more established, competitors.

ZICO founder Mark Rampolla and Chris Hickey, president and CEO of Isopure, explored the sale of their companies – Zico to Coca-Cola and Isopure to Glanbia – in a sit-down with Klineman, discussing the lessons learned throughout the process.

“If you’re so focused on an exit it likely won’t come,” said Hickey, who likened the process to getting into shape. “But if you’re focused on building a fantastic brand and a fantastic business, an exit partner is going to come.”

Up next was Renny Wilmer of Compass Group USA, who discussed how the current trends permeating the food and beverage industries are affecting the leading foodservice supplier, which services some of the country’s largest offices, universities, arenas, hospitals and museums, among other entities. Wilmer explored those trends and discussed the opportunities for brands as a mechanism for exposing new brands to consumers in various foodservice channels.

“It’s a great small format, it’s very intimate when you think about the community involved at a college campus or an office,” Wilmer said. “It’s self contained so you can make an impact with your brand and get people talking about it.”

Day Two came to a close with a panel on strategics, featuring representatives from three beverage giants – Coca-Cola, Nestle Waters North America and WhiteWave Foods – as well as investment advisor Michael Burgmaier of Whipstitch Capital. And while their agendas vary in nature – Nestle being focused on building the portfolio, WhiteWave looking at high-growth, on-trend companies, and Coke seeking to acquire the next potential billion-dollar brand, all panelists stressed the importance of the role of strategics in today’s current beverage landscape.

No Fear of Ginger in Monfefo’s Win 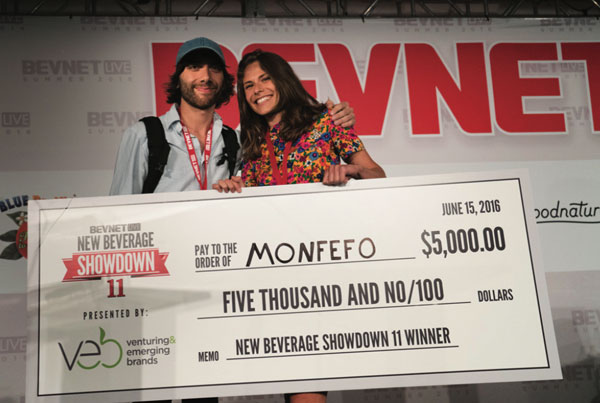 In the 11th installment of BevNET Live’s New Beverage Showdown, high pressure processed (HPP) organic ginger shot Monfefo punched well above its 1.7 oz. weight class to take home the title of winner, along with $10,000 in cash and prizes.

“Unique”, “Focused”, and “Hot (both literally and figuratively),” were just a few of the words the New Beverage Showdown judges used to describe the Brooklyn-based brand’s flagship ginger shot, a powerful blend of cold-pressed ginger juice, lemon juice and honey, all organic.

A day before, Monfefo founder Justine Monsul’s two-minute elevator pitch had been cut off by the sound of the BevNET Live gong, but it was apparent her product had already made quite an impression on the semi-final round judges.

In Wednesday’s final round, Scott Uzell, president of the Coca-Cola Company’s Venturing & Emerging Brands division, applauded “the thought leadership that went into the product,” while ZICO founder and PowerPlant Ventures co-founder Mark Rampolla claimed to be enjoying “the little rush to the head” the product provided.

The judges also took a liking to New Beverage Showdown runner-up WellWell, a recently launched HPP juice positioned as a workout recovery beverage. Like Monfefo, the product features a simple, three-ingredient blend of watermelon, tart cherry and biodynamic lemon, albeit one that was quite a bit smoother on the way down. Despite some concerns regarding its sugar content and the ability to communicate the benefits of tart cherry, all judges were impressed by WellWell’s packaging and flavor profile.

“The flavor’s refreshing, the benefits are clear, I think it’s interesting,” said Bill Weiland, president and CEO of Presence Marketing. 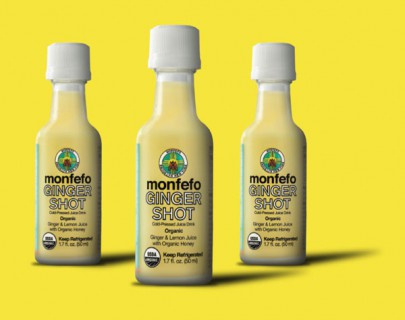 The New Beverage Showdown had tea offerings aimed at both adults and children, with LOFT, a Brooklyn-based brand of hemp-infused teas making its debut, and Bossi, a caffeine-free tea for kids made from the rooibos bush.

But in the end, all it took to win was a single shot.