U.S. sales of bottled water will surpass those of carbonated soft drinks for the first time this year, with much of the former category’s booming business coming at the expense of the latter’s. Within the greater growth of bottled water on the whole has been the rise of the fast-growing functional bottled water category, a segment that global market research company Euromonitor recently predicted to “grow very fast, with an expected $3 billion absolute growth between 2015 and 2020.”

It’s a space where brands have been pretty innovative of late in offering consumers more than H2O hydration, ranging from caffeine to antioxidants to probiotics to protein and more. Here’s a look at three subcategories gaining traction in the functional and enhanced waters segment. 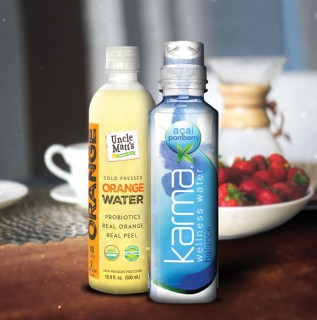 The continually growing consumer demand for probiotic food and beverage products has recently pushed Ganeden – the leading probiotic ingredient manufacturer – and its patented Ganeden BC30 probiotic strain into the functional waters space. A category that was virtually non-existent a year ago, several probiotic waters have since emerged from established beverage brands like Suja Juice, Karma Culture, Rawpothecary and Uncle Matt’s Organics.

Uncle Matt’s, a Florida-based organic juice company made its initial move into probiotics in 2015 with the launch of two orange juice blends infused with Ganeden BC30. A year later, the company doubled down on its presence in probiotics, this time with a three-SKU line of high pressure processed, citrus peel-infused organic waters.

“We’re going to go where the consumer is telling us to go and lower calorie, lower sugar beverages is what’s trending in the grab and go section,” said Uncle Matt’s founder and CEO Matt McLean.

C.J. Rapp, the co-founder of Karma Culture, utilized his company’s patented KarmaCap to manufacture a first-to-market shelf-stable probiotic beverage that dispenses the Ganeden BC30 probiotic into flavored water. Rapp says the line extension has been advancing at a significantly faster pace than its flagship vitamin-infused waters, already available at 9,500 retail locations nationwide.

“The timing of the launch comes at a point where the category is evolving and exploding and retailers are looking for high-quality probiotic products,” said Rapp. “There are many instances where a shelf stable probiotic is a real benefit to the consumer and it opens up new forms of distribution and merchandising at retailers.” 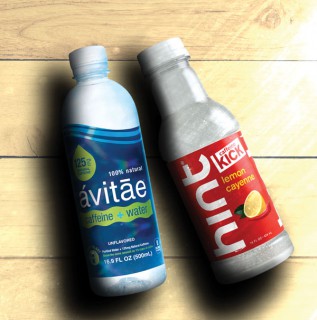 Consumers’ comfortability with caffeine and their pursuit of its functionality without sugar, calories and the artificial ingredient list of traditional energy drinks is driving the growth of the caffeinated water space. Euromonitor senior beverages analyst Virginia Lee identified caffeine as “a white space opportunity in the small but rapidly growing functional bottled water category” in her report on the category earlier this year. Lee added that the space “may have a chance to take some share from sports drinks and low-calorie cola carbonates, as well as to attract older energy drink consumers.”

Avitae, which first launched in 2008 as a healthier alternative to coffee, sports drinks and energy drinks, has been banking on just that. While the brand may have been a bit ahead of its time when it launched with two unflavored caffeinated water SKUs, it appears to have gotten a second wind since a company overhaul in 2013. The addition of flavored varieties and a SKU amped up to 125 mg of caffeine has significantly accelerated the brand’s national distribution footprint.

“The market is now ready for this, awareness is growing, and the brand has been picking up speed organically,” says Avitae CEO Norm Snyder.

This past spring the brand introduced Sparkling Avitae in a play looking to tap into people’s affinity for bubbles amidst big declines in sales of diet soda.

Hint, a decade old still and sparkling essence water brand, also sees opportunity in the segment. A year ago the brand introduced ‘Hint Kick’, a three-SKU line of enhanced waters infused with 60 mg of caffeine from coffee bean extract. What began as an experimental launch of sorts with Hint’s corporate customers, which include the offices of Google, Yahoo, Twitter and Facebook, “bypassed all expectations” according to Hint CEO Kara Goldin. The line has since begun rolling out into the brand’s other retailers. 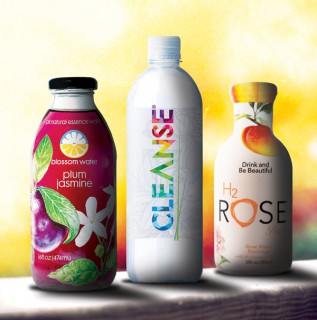 For Blossom Water, the brand’s recent authorization at more than 1,000 Kroger-owned stores – twice its existing distribution footprint – serves as further validation for the floral-infused essence water space. It’s also eliciting the company’s first institutional capital raise, which Blossom Water president and co-founder Steve Fortuna says the company is embarking on in the fall.

“The category has proved itself,” says Fortuna. “We’re beyond the question of whether floral essence waters appeal to the consumer. The answer is they do, so now it’s time to knock down more distribution points.”

Blossom Water isn’t alone. H2rose, a rose water-infused beverage made with saffron and other natural ingredients, secured a national distribution partnership with KeHE Distributors a month prior to Blossom Water’s announced deal with Kroger.

“We love that these other brands are coming onto the market because it gives more credibility and establishment to this category,” says Balance water co-founder Martin Chalk.

While antioxidants – among other reported benefits are certainly at the core of flower essences and flower extracts – the botanical beverage brands have been cautious in claiming functional benefits of the product, instead leaning on consumers’ emotional connection to flowers – and the flavor and fragrance attributes of floral-infused beverages.