In an effort to focus on the development of Heineken’s emerging international brands, and their integration within the U.S. market, Heineken USA this month announced the creation of Five Points Trading Company.

In a statement sent to BevNET, a Heineken spokesperson said the new trading company would prioritize sales of the Red Stripe, Tiger and Birra Moretti brands in the U.S., while Heineken USA continued to focus on driving the growth of its core Heineken, Dos Equis, Tecate and Strongbow business.

Import contracts for the smaller brands were set to expire at the end of this year, Heineken said, prompting the creation of Five Points Trading Company and the decision to acquire the distribution rights from a variety of U.S. importing companies.

Total Beverage Solutions had been importing Affligem and Birra Moretti products, while United States Beverage had been importing the Tiger and Murphy’s brands. Saraiva Enterprises imported the Sagres brand to a handful of markets throughout the U.S.

Red Stripe, meanwhile, had been majority owned by Diageo until last year, when Heineken acquired a 57.9 percent stake in that brand’s parent company, Desnoes & Geddes. Prior to the transaction, Heineken already owned 15.5 percent of D&G, which trades on the Jamaica Stock Exchange as “Red Stripe Jamaica,” and Diageo paid City Brewing in Wisconsin to contract produce the popular Jamaican product for U.S. markets.

Five Points Trading Company will operate as a separate division out of Heineken USA’s headquarters in White Plains, NY, a spokesperson said. Importer transitions will be effective on January 1, 2017, Heineken said.

“Five Points Trading Company will provide a nexus for new thoughts, perspectives and cultural exploration, while tapping into the legacy and import expertise of Heineken USA,” Heineken GM Charles Littlefield said via a press release.

The Equity for Punks campaign gave non-accredited U.S. investors an opportunity to purchase shares of the company’s U.S. business at $47.50 each; BrewDog is requiring investors to purchase a minimum of two shares.

“This unprecedented response to our first crowdfunding round in the States shows the demand for our beer in America, and sets us up with a community of like-minded individuals ready and waiting to help us make our U.S. business an explosive success,” the company wrote on its website.

This isn’t the first time BrewDog has turned to crowdfunding to help fuel its growth: Over the last five years, the company has raised more than $33 million from 46,000 investors via four equity crowdfunding rounds to finance its European brewing and expansion initiatives.

In the U.S., BrewDog is taking advantage of new JOBS Act regulations that enable small businesses to offer equity stakes to non-accredited investors.

BrewDog’s Ohio facility is slated to open in late 2016, the company said.

Bosteels, which is famous for its Tripel Karmeliet, Kwak and Deus brands, will join ABI’s “growing portfolio of European craft and specialties beer,” according to a company statement.

The focus, according to Korneel Warlop, an A-B InBev spokesman, will be to grow Bosteels’ presence in European export markets while also continuing to export small volume to the U.S.

“With Bosteels already available in European markets such as France, the Netherlands and Italy, we will work together to continue offering its products at the pace of their brewery capacity while ensuring the highest quality of the beers,” Warlop wrote to Brewbound. 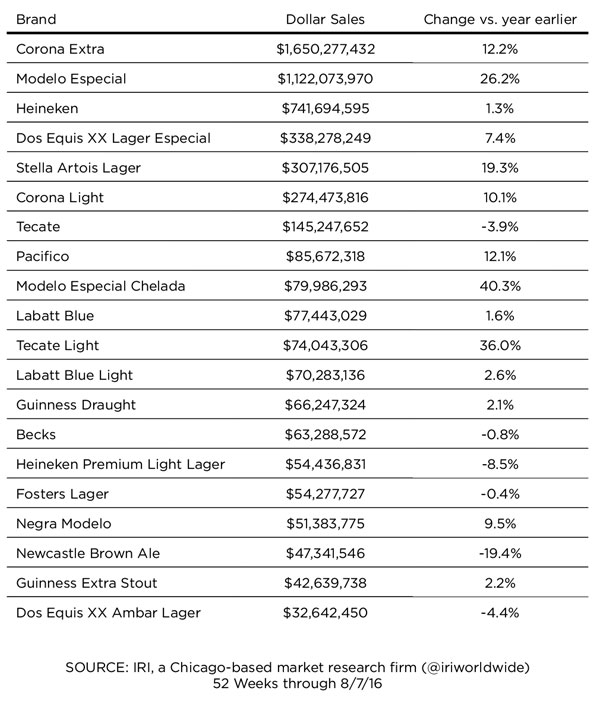 In a press statement, brewery chief Antoine Bosteels said he was happy for the opportunity to transfer ownership of the brands to another Belgian beer company. A-B InBev is based in Belgium but the ZX Ventures division operates out of a New York office.

Dutch beer maker Bavaria N.V. in June announced it had acquired a 60 percent majority stake in Palm Belgian Craft Brewers and planned to fully absorb the company by 2021.

“We are proud of this cooperation and the merging of two wonderful family-owned companies that each have a centuries-old history,” Jan-Renier Swinkels, who heads the board of Bavaria N.V., said in a press release.

“This is an important milestone for us,” Palm brewery owner Jan Toye added. “In order to maximise our international distribution power, we went in search of a strategic partner, and Bavaria immediately felt like a perfect fit.”

Founded in 1686, Palm has an annual brewing capacity of nearly 1 million hectolitres (about 850,000 barrels) and produces a wide variety of brands including Palm, Rodenbach, Brugge, Steenbrugge, Cornet, Arthur’s Legacy and Estaminet.

Bavaria – which already has a distribution network spanning 120 countries – projected the two companies would together produce more than 6.5 million hectolitres (about 5.5 million barrels) of beer in 2016.