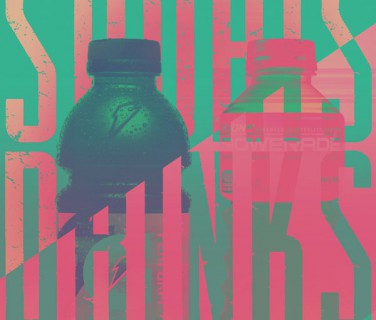 In a category where two brands – owned by the two largest nonalcoholic beverage companies in the world – hold nearly 98 percent of the market share, it has long been an uphill battle for any sports drink not named Gatorade or Powerade. Maybe it’s the margins, maybe it’s that they’re actually designed to fuel healthy activity, but the established strength of the category leaders has allowed them to enjoy continued growth in near business-as-usual fashion, seemingly much less affected by the widespread consumer shift towards healthier foods and beverages that other beverage categories.

That’s not to say that brands operating within the remaining two percent aren’t finding success. They are, albeit on a much smaller scale. But are such brands resigned to fighting over their tiny fraction, or is there opportunity to compete and contend with the seemingly impregnable category leaders? If so, it appears, it certainly won’t be an easy feat, and will require not only bringing innovation to the space but also having deep, cash-lined pockets, an experienced leadership team, and a strong distribution strategy to make an impact upon the established patriarchy.

The success of BodyArmor has been the most compelling argument to date that there’s room for a third party candidate. Introduced in 2011 by Fuze founder Lance Collins and Vitaminwater co-founder Mike Repole as a modern day upgrade to an outdated status quo, BodyArmor’s coconut water base ushered in a new take on the longstanding definition of what a sports drink contains. 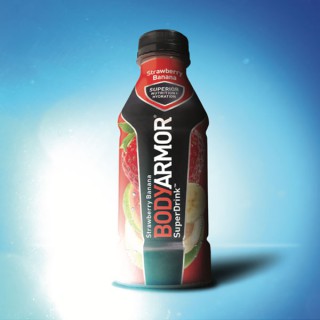 The brand’s bet that the category was ripe for premiumization paid off. While still in a distant third place behind Gatorade and Powerade, the brand has been punching well beyond its weight class and claims to have a 1.5 percent share of the sports drink market; according to IRI, the company’s dollar sales were up 162 percent in the 52-week period ending May 15.

Repole believes there’s much more of the pie to be had, projecting his brand to increase its market share to 10 percent within the next three years.

“The opportunity and consumer need for a healthier and better alternative had been there, as it’s been in other beverage categories, but because this space is so dominated by two players it’s been almost impossible to break into,” says Repole. “[Until BodyArmor] nobody could provide a product for that need that was scalable, mainstream-able, and able to go national.”

That route to market, by way of an alliance with and investment from Dr Pepper Snapple Group, has been a critical component to BodyArmor’s ongoing growth. For BodyArmor, the partnership has given the brand the distribution muscle and funding to fight with Gatorade, who it’s taken direct aim at in its marketing campaigns. For DPSG, it’s given it a horse in the race in a growing category the company has long struggled in, and the premium option in that category. 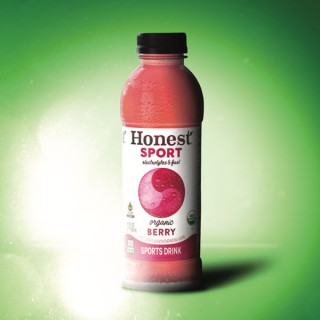 Wells Fargo Securities analyst Bonnie Herzog has been bullish on the brand since Dr Pepper announced its $20 million purchase of an 11.7 percent stake in the company in 2015 – which it later increased to 15.5 percent. In a recent Wells Fargo “Beverage Buzz” survey, convenience store retailers pointed to the brand as having the potential “to explode.”

Organics have been blowing up as a food category for several years, so one interesting new sports drink with potential to make an impact is Coke-owned Honest Tea, which debuted ‘Honest Sport’ this summer at Whole Foods Markets in the natural and organic grocer’s Mid-Atlantic region. A USDA-certified organic sports drink, its formulation is based on The American College of Sports Medicine’s guidelines for the category. The story behind the line is that it came out of Honest co-founder Seth Goldman’s participation in a triathlon, and his realization that the Honest Tea audience, and like-minded consumers, were lacking a sports drink option that spoke to their needs.

“As we talked to people about this category, we heard so many people say “I drink sports drinks because there are occasions when I need one but I don’t feel the options there are meeting what I’m looking for,” said Goldman. “And you know that’s the same thing I heard 19 years ago when I started talking to people about tea.”

Honest Sport isn’t the first organic sports drink brought to market, but as an established leading organic beverage brand with a track record of crossing into conventional retailers across multiple beverage categories – tea, juice, kid’s drinks, etc. – it may be the best equipped to capitalize on consumers’ continued demand for all things organic.

“When you’ve got the right umbrella, the master brand, you have the opportunity to reach your existing consumers on additional occasions,” Goldman added. “Then I think there will be incremental customers who may not be our tea consumers but are seeking clean hydration.”

But for all the talk that the category leaders have rested on their laurels, BodyArmor, Honest – and other sports drinks upstarts that have marketed themselves as a better-for-you alternative – will still have to pay close attention to the upcoming launch of an organic Gatorade. 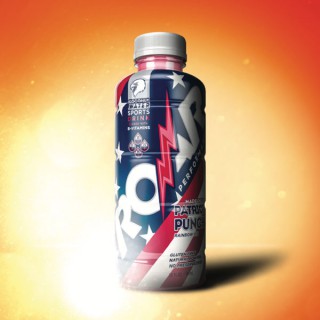 “It’s an interesting experiment,” Goldman adds. “Who’s better suited to reach the natural and organic consumer? The brand with the sports credential or the organic brand moving towards sport?”

Slated to hit shelves in 2017, it’s not PepsiCo’s first attempt at reaching the natural and organically inclined sports drink consumer; in 2014 the company discontinued its “Gatorade Natural” line extension, reporting the product “did not resonate with [their] core consumer.” Still, PepsiCo’s got the resources to give it another go, even though more often than not, natural brands have had better luck crossing into mainstream channels than the other way around.

Whereas BodyArmor mounted a full fledged attack on the throne, and ‘Honest Sport’ seeks to be the go-to organic option in the category, there are others operating within the two percent without nearly the same level of backing. Still, they’re taking alternate approaches to plant their flag in the category. Plant and juice-based products like maple water, beet juice, cherry juice and pickle juice, have sought to carve out their niche in smaller sporting communities outside of the four major professional sports leagues, touting the inroads they have made with college athletes, marathon runners, triathlon competitors, bodybuilders and cyclists.

Then there are brands like ROAR, another coconut water-based brand like BodyArmor, who, instead of looking to eat Gatorade’s lunch, is making a generational marketing play, aiming to tap into youth culture on a wider level by embracing the model of the energy drink category.

“We want to be the Monster of sports drinks,” says founder Roly Nesli. “We’ve set out to bridge the lifestyle gap between the image and attitude of energy drinks wrapped around a healthier and more functional sports drink. We’re going after young kids that don’t have a brand that they’re loyal to that want something that matches up with their individuality.”