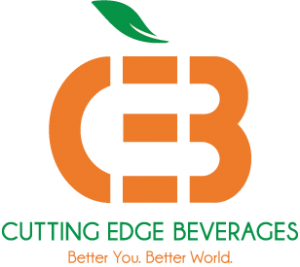 Tulsa, Oklahoma – March 12, 2012.  Whitlock Packaging Corporation, the largest contract manufacturer of non-carbonated beverages in North America, is pleased to announce the appointment of Mr. Chris Cronje to the position of President and CEO effective March 12th, 2012.

Mr. Cronje, a native of South Africa, has over 35 years of increasingly significant management experience encompassing the automotive, steel fabricating and beverage industries.  Mr. Cronje will be responsible for all Whitlock Packaging Corporation activities, including working with the Board of Directors as well as the management team in developing and implementing overall corporate strategies and goals.

“We are excited to have Chris Cronje join our organization and head up the team at Whitlock”, said Jerry Whitlock, Chairman.  “He will hit the ground running as he brings with him significant management and industry experience and knowledge.  Most importantly, he shares the Board’s vision and is in tune with our philosophy of open and honest communication with a “can do” attitude”.  Whitlock says, “We have great people in our organization, great customers and great suppliers.  We are convinced Chris has the leadership to take us to the next level of success in our industry”.

Mr. Cronje joins Whitlock after most recently serving as COO of Cott Corporation.  Prior to that, Cronje served as President and COO/CFO of Cliffstar Corporation, the largest private label manufacturer of shelf-stable juices in North America.

Mr. Cronje is a FCMA (Fellow Charted Management Accountant) 1974 (London Based) and attended the Advanced Executive Program (1989) at the University of South Africa.

Whitlock Packaging was founded in 1980 and has grown from a one-line canning operation into the beverage industry’s undisputed leader in contract manufacturing of non-carbonated branded beverages in North America.  Whitlock’s customer base represents the largest food and beverage brand holders in the world.  The Whitlock companies are proud to be American owned, producing American products and creating American jobs.

For more information on Whitlock Packaging Corporation please go to the company’s website at www.whitlockpackaging.com , www.cuttingedgebeverages.com