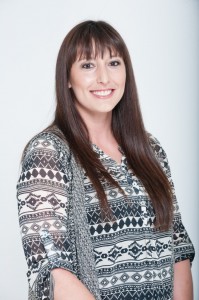 LAS VEGAS (Mar. 6, 2014) – XYIENCE, a leading sports nutrition company and maker of Xenergy, the official energy drink of the UFC®, announces the promotion of Aimee Wenske to brand and social media manager. In this new role, Wenske oversees all brand and interdepartmental communications, manages social media and the brand’s team of brand ambassadors as well as working with XYIENCE’s executive team on national retail and online promotional programs.

“Aimee is a go-getter who truly understands the difference between a fun and creative idea and a viable business solution, and how to make it happen,” said John Lennon, XYIENCE’s president. “The results she has produced speak volumes. In our brand philosophy we talk about having the power to win. Just like our team of pro-athletes, Aimee’s motivation, passion and drive are an example of putting this idea into practice in the workplace and coming out with a big win. We are lucky to have her on the XYIENCE team.”

Under Wenske’s guidance, XYIENCE’s national retail and online promotions have produced record-breaking numbers, and her management of the brand’s social media has yielded triple-digit growth.

Wenske is charged with managing and orchestrating the XYIENCE Power to Win™ campaign, a multi-faceted grassroots program aimed at bringing the brand’s philosophy to life among fitness-minded adults and boosting brand awareness in key markets. She will manage XYIENCE’s new team of Power to Win athletes and fitness ambassadors, along with XYIENCE’s growing team of professional athletes, which includes UFC fighters Dan Hardy, Mark Munoz, Ronda Rousey and Matt Serra.

Outside of work, Wenske is involved with the Las Vegas Interactive Marketing Association and UNLV Alumni Association. A longtime believer in the importance of volunteerism, she spearheaded XYIENCE’s community relations program that has included volunteering and supporting the Childhood Foundation of Nevada, American Cancer Society, Blind Center of Nevada and the Wheelchair Tennis Tournament, to name a few.

Headquartered in Las Vegas, XYIENCE’s sports nutrition products, which include Advanced Protein Complex, Pre-Workout Booster and Thermogenic Fat Burner, among others are designed to support an active and healthy lifestyle. The brand’s flagship product is Xenergy (pronounced zen-er-gy) –the official energy drink of the Ultimate Fighting Championship® (UFC®). Launched in 2006, Xenergy is the first energy drink created by a nutrition company and the fastest growing brand in its category. Positioned as the energy drink of the health club, XYIENCE Xenergy is marketed to adults over the age of 18. Xenergy is a sugar-free, zero-calorie beverage that is made with all-natural flavors and colors. Xenergy energy beverages are available in Frostberry Blast, Cran Razz, Fruit Punch, Mango Guava, Blu Pomegranate, Cherry Lime, Tangerine and Melon Mayhem. The Xenergy energy family also includes: Xenergy + Lemonade Pineapple and Raspberry and Xenergy + Tea Honey Ginseng and Raspberry Acai. Xenergy + Hydration Grape and Tropical Punch are non-caffeinated beverages fortified with electrolytes and a blend of B vitamins. For more information about XYIENCE Xenergy, visit www.xyience.com. Or connect with XYIENCE on Facebook, Twitter and YouTube.