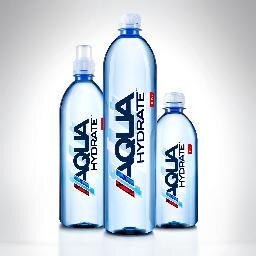 Los Angeles, CA (January 25, 2016) — Today, California-based AQUAhydrate has pledged one million bottles of water with a long-term commitment to support the people of Flint, Michigan. The company plans to provide water to Flint citizens until the issue is resolved.

An initial donation of 5,000 cases is making its way across the country, and is expected to arrive by mid-week. The company is working closely with Michigan State Emergency Management and Homeland Security, Genesee County Emergency Management, the Red Cross and local community leaders to integrate AQUAhydrate into ongoing water distribution and relief efforts.

While a small company, AQUAhydrate wants to make a significant impact by committing to help Flint for the longer-term as the city’s water issues won’t be resolved overnight. Company execs Mark Wahlberg and Sean “Diddy” Combs are urging high profile friends to join them in their cause with donations and raising public awareness of the Flint water crisis.  Musician Eminem, a nearby Detroit area resident, and Hip-Hop superstar Wiz Khalifa has already joined the effort. Together they have pledged to continue to deliver AQUAhydrate until this crisis is over.

“The AQUAhydrate team is doing everything it can to help with this issue,” says investor/board member Sean “Diddy” Combs.” Mark and I made an initial pledge to donate and are committed to the continued aid to Flint residents as long as they need it. We hope this commitment will inspire others to get involved as well.”

“A crisis in Flint is an American emergency that we will meet head on,” said Hal Kravitz, CEO of AQUAhydrate. “Our first trucks are en route, and our long-lasting commitment to Flint’s residents will ensure AQUAhydrate will be on the ground through the length of this disaster.”

AQUAhydrate hopes by taking action, they can assist with bringing healing to Flint.

AQUAhydrate, Inc. is a Southern California-based performance lifestyle beverage geared towards the new generation of Millennial consumers. Through a proprietary process, its water is purified to some of the most rigorous standards in the industry, supplemented with electrolytes and natural trace minerals and then elevated to an alkaline pH of over 9. It is this powerful synergy between alkalinity, electrolytes and minerals, which fuels ultimate hydration, balance and performance. To produce AQUAhydrate to the brand’s exacting standards, UNIX Packaging Inc.serves as a primary West-coast copacker. AQUAhydrate is the water of choice for a myriad of health/fitness authorities, professional athletes, and sports teams. AQUAhydrate also boasts active investors and board members Mark Wahlberg and Sean “Diddy” Combs as owners. AQUAhydrate is available at retail locations across the U.S. and at www.aquahydrate.com<http://www.aquahydrate.com/>. Follow on Facebook (facebook.com/AQUAhydrate<http://facebook.com/AQUAhydrate>), and Instagram and Twitter (@AQUAhydrate).