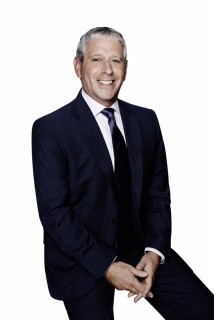 Celsius is showing no signs of slowing down its recent run of reputable additions to its senior leadership team. On Tuesday the functional beverage company announced that Hal Kravitz, CEO of high alkaline and enhanced water brand AQUAhydrate, has joined its board of directors.

In a press release, Celsius president and CEO Gerry David called Kravitz “an innovator within the beverage and consumer products industries”, adding that his experience “in beverage industry operations, business strategy and revenue management will be extremely valuable as Celsius continues to expand worldwide.”

A 30-year veteran of the Coca-Cola Company, Kravitz departed from his dual role as senior vice president of franchise and commercial operations for glaceau and director of customer governance in Coca-Cola North America’s franchise relations group in May of 2013. At the top of 2015 AQUAhydrate announced it had tapped Kravitz to lead the company as CEO.

Kravitz joining Celsius’ board of directors arrives as the latest in a string of additions to Celsius’ team. In January, the company announced the hire of former Lacroix executive Vanessa Walker as executive vice president of sales and marketing, as well as five new regional sales managers. Earlier this month the company brought on John McKillop, formerly of PepsiAmericas Beverages Company, Keurig, Javo Beverage, Core-Mark and Glanbia Performance, as national director of sales for the fitness channel.

The company’s full press release can be found below:

Boca Raton, FL (May 10, 2016) – Celsius Holdings, Inc. (OTCQX: CELH), the creator and marketer of Celsius®, the world’s first negative calorie drink, backed by clinical science, announced today the appointment of Hal Kravitz, Chief Executive Officer of AQUAhydrate, to Celsius’ board of directors. Kravitz brings a wealth of knowledge to the Celsius board, with extensive general management experience on both the brand owner and distribution sides of the beverage business including marketing and brand management, finance and revenue management, sales, and operations.

Before Kravitz joined AQUAhydrate as CEO in November 2014, he spent over 30 years as an officer and leader at Coca-Cola, earning credentials in general management, strategy and planning, operations, sales, marketing, business development and revenue management. After serving as President of The Glaceau Division, he successfully led the integration of the Division into Coca-Cola North America (a division of The Coca-Cola Company), Kravitz became Senior Vice President, Franchise and Commercial Operations for the Glacéau Division in August 2009, for brands including, Powerade®, Fuze®, Vitaminwater® and Smartwater®. In addition to his role as SVP at Glacéau, he simultaneously served as Director of Customer Governance in Coca-Cola North America’s Franchise Relations Group, where Kravitz worked with Coca-Cola Refreshments and the 69 independent Coca-Cola Bottlers on system alignment, customer management and go-to market strategy.

“In recent years, I have come to admire the Celsius brand for its innovative products and dynamic leadership team,” added Hal Kravitz. “I have a tremendous amount of respect for a brand that responds directly to consumer demand, especially within such a competitive industry. Celsius does just that, while continuing to exceed consumer and industry expectations. I am honored to be joining the Celsius board, and look forward to contributing to the company’s ongoing success.”

“Like Celsius, Kravitz is an innovator within the beverage and consumer products industries, and we’re thrilled to welcome him as a member of our board of directors,” said Gerry David, President and CEO of Celsius. “Especially during the midst of a tremendous growth period for our company, we believe his unmatched experience in beverage industry operations, business strategy and revenue management will be extremely valuable as Celsius continues to expand worldwide.”

Celsius is named for its correlating ability to raise heat production in the body, a process known as thermogenesis. Powered by a proprietary MetaPlus Blend® of ingredients, drinking Celsius will trigger the body’s ability to effectively burn fat and calories, accelerate metabolism, boost endurance and drive, while providing lasting energy.

Celsius is available in seven flavors, carbonated and non-carbonated, as well as powder stick packets to mix with water. Celsius has no preservatives, no aspartame, no high fructose corn syrup, no artificial flavors or colors and is very low in sodium. The Celsius line of products is vegan certified, gluten free, and sugar free. Celsius is available nationwide at retailers across all channels, including supermarkets, convenience stores, nutritional stores, mass merchants, health clubs, spas, gyms, specialty stores, the military and e-commerce websites.

Celsius Holdings Inc. (OTCQX: CELH) is a global nutritional science based company, founded in April 2004. Celsius® negative calorie drink is available in the form of ready to drink and powder formulas powered by MetaPlus™, a proprietary blend of quality ingredients including Green Tea with EGCG, Ginger, Taurine, Gaurana, and B and C vitamins. Backed by multiple published university studies, drinking Celsius before exercise has been proven to help burn more body fat, burn 100 calories and more per serving and provide healthy energy.

Celsius comes in seven delicious flavors, carbonated and non-carbonated, and also in powder stick formulas that can be mixed with water. Celsius has no preservatives, no aspartame, no high fructose corn syrup, no artificial flavors or colors and is very low in sodium. The Celsius line of products is vegan certified, Gluten Free, and sugar free. The first university study was conducted in 2005, and additional studies from the University of Oklahoma were conducted over the next five years. All studies were published in peer reviewed journals and validated the unique benefits Celsius provides to the consumer.

This press release may contain statements that are not historical facts and are considered forward-looking within the meaning of the Private Securities Litigation Reform Act of 1995. These forward-looking statements contain projections of Celsius Holdings’ future results of operations and/or financial position, or state other forward-looking information. In some cases you can identify these statements by forward-looking words such as “anticipate,” “believe,” “could,” “estimate,” “expect,” “intend,” “may,” “should,” “will,” “would,” or similar words. You should not rely on forward-looking statements since Celsius Holdings’ actual results may differ materially from those indicated by forward-looking statements as a result of a number of important factors. These factors include, but are not limited to: general economic and business conditions; our business strategy for expanding our presence in our industry; anticipated trends in our financial condition and results of operation; the impact of competition and technology change; existing and future regulations affecting our business; and other risks and uncertainties discussed in the reports Celsius Holdings has filed previously with the Securities and Exchange Commission. Celsius Holdings does not intend to and undertakes no duty to update the information contained in this press release.