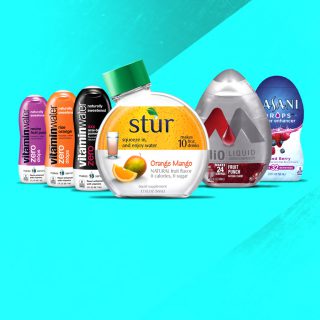 When Kraft launched the MiO brand in 2011, the concept was simple: the flavored liquid drops, called “water enhancers” and sold in pocket-sized packages containing less than two ounces, were going to shake the powdered soft drink category out of its slumber in the U.S.

The product launch itself matched Kraft’s ambitions: with over $50 million spent in first-year advertising and consumer education, MiO became the company’s biggest brand launch in over a decade. Within a year, MiO won a Gold Edison award for CPG innovation and sales soared to $125 million.

By 2013, Coca-Cola, PepsiCo, Dr Pepper Snapple Group and Nestle had all entered the market with their own water enhancer lines, sporting familiar brand names like Vitaminwater and Hawaiian Punch, that promised to move the format to even greater mainstream success. Industry confidence was sky high, as evidenced by a 2014 report by food and beverage consulting group Zenith International which predicted a global market of $1 billion by 2015.

In 2016, even as the global market value for water enhancers sits at $1.2 billion, the beverage landscape looks much different. While MiO continues to dominate the category, expanding its line to include new flavors and adding functionality to the liquid, the big companies have fallen away. Dasani Flavor Drops are Coca-Cola’s only remaining water enhancer product on the market, having discontinued lines for both Powerade and vitaminwater. PepsiCo, Nestle, DPSG and Arizona Beverage Company have phased out their offerings in similar fashion.

Yet even as some of the major players rush for the exit, the water enhancer market continues to grow. According to statistics from Market Data Forecast, the North American water enhancers market was worth $455.4 million in 2016, and is projected to continue growing towards an estimated value of $799.3 million by 2021. As larger companies depart the category, a number of smaller, nimbler brands aimed at younger consumers have moved to occupy the fertile ground left behind. For them, water enhancers are still very much the future.

According to data provided by market research firm IRI, overall revenue for the liquid drink enhancer category in the U.S. decreased 10.7 percent during a 52-week period ending October 2, 2016.

Despite that, MiO has retained its position as the leading liquid water enhancer in U.S. multi-outlet stores across all subcategories, including energy, fruit drink and sport drink mixes, according to statistics provided by market research firm IRI. MiO Fit, the brand’s sports drink line extension, displayed the strongest growth, up 16 percent within the sports drink mix category from the same period last year with sales of over $11 million according to IRI. Growing at just under two percent, MiO’s flagship fruit flavored water enhancers generated sales of over $89 million in the same period, nearly double that of second-place Kool Aid.

Overall revenues for the liquid drink enhancer category in the U.S. during a 52-week period ending on October 2, 2016, were $311 million, a 10.7 percent reduction from the same period last year.

Bob Levi had a front-row seat to witness both the successes and struggles of the water enhancer category since the beginning. As President of Kraft’s Beverage Unit, Levi was an early believer in its potential, overseeing strategy and development for MiO as it was introduced to the market. In an interview with BevNET, he emphasized the critical importance of Kraft’s substantial financial support in launching MiO, along with the category as a whole.

“Especially when you come with a new brand name, you really need to spend,” Levi said. “MiO came on, established a behavior and spent the required amount of money to really make it successful. The other brands were largely extensions of other brands, so they didn’t spend as much incremental money to drive the category.”

Representatives from Kraft Foods did not respond to requests for comment for this story. 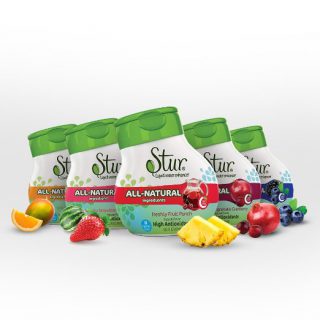 According to Levi, however, size is not always an advantage. As Coke, Pepsi and other major beverage companies scrambled to join the water enhancer stakes, adding more names to their already bulging portfolio of brands in various formats, Levi believes they struggled to receive the attention and development needed to thrive.

“I think it’s a matter of focus more than anything else,” Levi said. “[Water enhancers] are such a small part of the Coke and Pepsi portfolio, they didn’t get the marketing they needed to continue to expand. Kraft really backed away as well from spending much money on the business. So it hurt the category, the category slowed down. It just wasn’t core enough of a business for the big guys to stick with it. It’s still a nice business for Kraft, but it’s not a real focus category for them.”

Nestle, through the Nestea brand, is one of the major brands who have recently discontinued production of water enhancers. In an e-mail to BevNET, Cassin Chaisson, tea director for Nestle North America, said the liquid water enhancers were conceived only to complement the brand’s RTD products, and that declines in volume and retail shelf space subsequent to the category’s peak in 2014 contributed to the decision to phase out Nestea’s iced tea liquid water enhancers.

“We are seeing that consumers are shifting to products that are more authentic. To meet that need, we have focused our efforts on improving the Nestea formula with no artificial colors or flavors and developing a real brewed product line,” Chaisson said, alluding to a bottom-up brand revamp for Nestea that will begin rolling out next year. The redesign will feature a proprietary bottle, a new visual identity and a new formulation sweetened by cane sugar and stevia instead of high fructose corn syrup.

Instead, Levi sees opportunity for smaller brands like Stur, an all-natural line of water enhancer products, which he joined as an advisor and investor earlier this year. In a 52 week period ending on October 2, 2016, Stur recorded sales of $4.7 million, a 116 percent increase over the same period last year, according to statistics from IRI. By entering a marketplace in which consumers are already familiar with the concept of water enhancers, the company has not needed the massive initial investment in advertising and marketing that Kraft used to launch MiO.

In the years since MiO’s launch, Amazon has also developed into a stronger retailer for food and beverage brands, particularly smaller ones that had yet to secure national grocery distribution. Levi credited positive user reviews on the site for helping build word-of-mouth marketing for Stur and creating a strong sense of customer loyalty.

Perhaps most importantly, Stur is adjusting to the shifting preferences of millennials by touting its all-natural, non-GMO formulation that is rich in antioxidants and vitamin C, includes just five ingredients and is sweetened by stevia. Levi said that future SKUs with added functionality or health benefits, such as protein, will help keep the format fresh and newsworthy.

“A big piece of the success was getting the natural side of it right,” Levi said, though Stur isn’t the first brand to attempt this. VitaminSqueeze, another natural water enhancer sweetened by stevia, secured significant grocery distribution several years ago but has since folded.

“If one of the big guys were to have launched a natural version instead of just ‘me too’-ing MiO when it came out, they would have gotten a big chunk of the market right away,” Levi added. “But instead they really just extended off their existing brands and didn’t add a lot to the category versus what MiO had already staked out. Stur was the only company that took a different approach and went after a different user base that wasn’t being served by MiO.”

Other brands have sought to emphasize the healthy characteristics of water enhancers through formal outreach efforts. SweetLeaf, makers of the stevia-sweetened enhancer Water Drops, recently announced it will be collaborating with the American Heart Association to develop ideas and strategies for reducing sugar consumption. 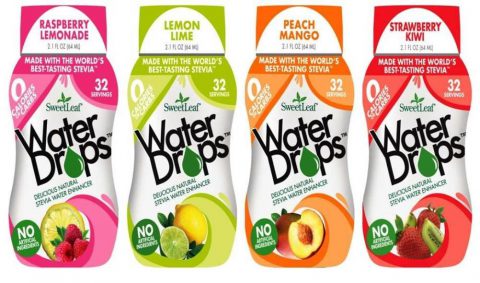 “We are the first company that is not a medical device or a prescription medicine that’s been invited to exhibit at the American College of Cardiology’s annual meeting,” said Carol May, president of SweetLeaf. “We are going to bring our story on how to reduce or eliminate sugars, which has been shown to have a direct negative impact on the cardiovascular system, in a tasty and enjoyable way.”

In some ways, innovation has outpaced the category’s growth. Brands such as NUUN, dripdrop and SOS make electrolyte-enriched rapid hydration products, available as tablets that dissolve in water, that focus on high performance athletes. Yet consumers have consistently proven that product flavor, branding and availability are more important than better science, and a broader audience for such products has yet to develop.

Even as the North American water enhancer market continues to enjoy double-digit compound annual growth, Levi is skeptical that the major brands will decide to jump back in the category.

“My guess is the big guys will stay out,” Levi said. “They see Kraft having the number one position, and they’re just not as nimble as the smaller players who stay and stick with category. I think you’ll see some pretty good growth out of it.”