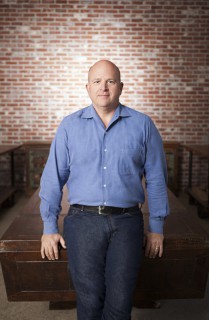 Juicero, which earlier this year made headlines with the launch of its innovative countertop cold-pressing machine, has tapped food and beverage industry veteran Jeff Dunn as CEO, effective Oct. 31. Dunn, most recently the president of Campbell Soup’s Campbell Fresh (C-Fresh) division, takes the reins from Juicero founder Doug Evans, who will retain his role as chairman of the company. Meanwhile, Campbell has announced that Ed Carolan, the company’s president of its Integrated Global Services (IGS) division will succeed Dunn as the head of Campbell Fresh.

Dunn, a former president of Coca-Cola North America, and the president of Bolthouse Farms from 2008 through 2015 (the company was acquired by Campbell Soup in 2012), was named CEO of Juicero approximately seven months after its market debut. Juicero’s appliance uses four tons of force to press fresh, organic fruits and vegetables, finely chopped and packed in proprietary, vacuum-sealed bags, into 8 oz. of juice. Juicero monitors the freshness of the produce via a QR code stamped on each bag and scanned by the Wi-Fi enabled machine.

Juicero promotes its system as offering customers a simple way to create nutritious, ultra-fresh juice at home. However, the launch, widely covered by mainstream and trade media, came with some criticism: the unit’s $700 price tag and $4-10 cost per bag were viewed as prohibitive for most consumers. Nevertheless, the company pointed to “accelerating consumer growth” of Juicero in a recent press release. Dunn, a board member since the company’s inception, praised Juicero’s “strong early revenue” and called out its senior executive team as having “built a strong foundation and are on the cusp of significant growth.”

The transition in leadership comes as Juicero looks to refine its complex organizational structure, which operates at the intersection of agriculture, cold-pressing equipment and internet-based technology. Juicero is also developing a second generation of machines and new product lines. Evans told BevNET that the company’s strategic plan required a split from his day-to-day responsibilities as CEO. 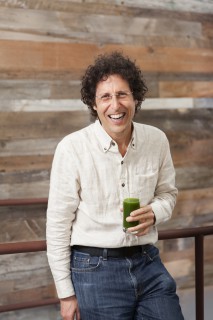 “We have a whole road map of new products, inventions and technology that we want to pursue.” Evans said. “And it’s hard to swim and run at the same time.”

Evans said that he will now turn his focus to product development, innovation, recruiting, company partnerships and investor relations.

Meanwhile, the company is eyeing new opportunities for Juicero in commercial outlets, including hotels, natural grocery stores and universities. Juicero is currently placed in select locations of upscale bakery chain Le Pain Quotidien and Whole Foods’ 365 Markets as well as some corporate offices, including the headquarters of concert producer Live Nation.

Randy Komisar, a partner at Kleiner Perkins Caufield Byers, one of several high profile investors in Juicero (the company has also received funding from Google Ventures and Campbell Soup Co., among others), stated in the release that “commercial outlets are shifting quickly to serve the growing customer demand for healthier options,” and described Juicero as “today’s fresh, healthy beverage fountain.” Taking advantage of that opportunity in food service is a priority for Dunn, who will initially focus on streamlining the process that enables Juicero to deliver fresh juice “from seed all the way to glass.”

“The supply chain, the packaging, the interface with the press and then the software interface around that — we’ve got to do a lot just to bring that up to scale.” Dunn said. “As we both deal with commercial clients and consumers of Juicero, building out the commercial aspects is a full-time job,” Dunn said. “That’s what I view as my job as CEO.”

Replacing Dunn at C-Fresh is Carolan, who has been with Campbell Soup since 2001. The longtime executive has held several leadership roles within the company, including President, U.S. Retail, and general manager of Campbell’s Pepperidge Farm Snacks division. Earlier in his career he was the general manager of the company’s StockPot fresh soup and North America Foodservice businesses. 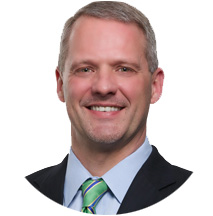 Carolan will be tasked with leading C-Fresh amid a recent shakeup and new structure within the fresh-focused, chilled-transport division, which is comprised of Bolthouse Farms, Garden Fresh Gourmet, Campbell’s Fresh Soups and My Goodness Soup! Last month, Scott LaPorta was removed from his position as president and GM of Bolthouse Farms following a disappointing fourth quarter for C-Fresh, much of it attributed to a massive recall of two Bolthouse Farms’ product lines. At the time, Campbell Soup CEO Denise Morrison described C-Fresh’s performance in the quarter as “unacceptable.”

In a company statement, Morrison praised Dunn has having made “important contributions to Campbell during his time with the company,” and called Carolan “an excellent leader” who “will be supported by a strong and seasoned leadership team at C-Fresh.”

“I am confident that Ed and the team will continue to expand our presence in the faster-growing packaged fresh category,” Morrison said.

Despite Dunn’s departure from the company, Campbell stated that he will remain involved in its independent venture capital operation Acre Venture Partners. Campbell has committed $125 million to Acre, which is focused on startup investments in healthy food companies. Juicero has received funding from Acre and separately from Campbell, which has invested $13.5 million in Juicero to date, according to the company. Campbell holds a board observer seat at Juicero.