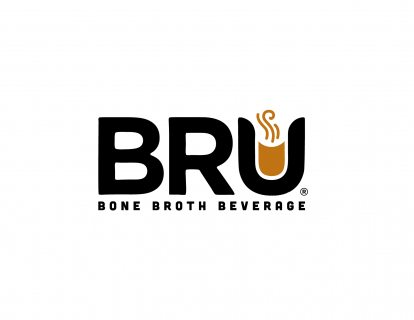 Say this about Bru Broth founders Soo-Ah Landa and Mary Butler: they aren’t afraid to delegate.

Just two years after deciding to start a bone broth company and about a year after launching in a sprinkling of Marin County stores, the pair have entered into an agreement with Coke-backed beverage incubator L.A. Libations to help them expand. As part of the deal, L.A. Libations will purchase equity in the fledgling bone broth company, and will also help shepherd it into the core accounts that are the brand development company’s stock-in-trade.

Butler and Landa both had accomplished careers in the business world before developing Bru, which combines long-simmered bone broths made from organic chicken or organic, grass-fed beef with other functional ingredients like high-pressure processed juices, turmeric, coffee, and coconut oil. The pair said they want to focus on product development and operations, while bringing on L.A. Libations to handle bringing the product to market.

“They’re acting as our sales and distribution arm and helping build our brand in the national market,” Landa said. “It’s a traditional broker relationship and a little bit of an equity play.”

It also fits with the pair’s background. They met and started brewing and decided they had a commercial concept early on, Landa said, and they decided to work on developing a product that could work on store shelves rather than take the farmer’s market route. 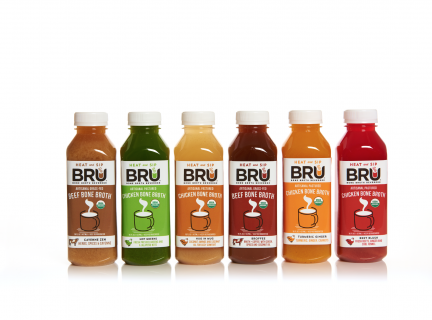 “Look, we’re corporate executives turned entrepreneurs,” Landa said. “We have a set of goals and milestones. My thoughts were always to figure out what you don’t know, and figure out what it took to find the path. We wanted to be on shelf, and [L.A. Libations] know how to do that.”

The partnership formed soon after Bru nailed down an authorization in Whole Foods’ Northern California region. As it moves through that trend-setting retailer in the San Francisco area, L.A. Libations plans to build the product through its specialty store connections in Southern California, including Gelson’s, Bristol Farms, and others, before eventually taking it into conventional accounts.

“Our whole goal is to get entry into the industry using the natural banners,” said Pat Bolden, a co-founder of L.A. Libations. “We’ll work into Kroger and Safeway’s natural banners, but start with Whole Foods and Sprouts.”

One of Bru’s points of differentiation, Butler noted, is that it’s the first ready-to-drink certified-organic bone broth to hit the shelves. It comes at a time when awareness of broths has accelerated over the past two or three years — to the point where it might have exceeded the overall product set, which is still nascent, according to Bolden.

“It’s a complete complement to our portfolio, as it’s all centered around health and wellness,” Bolden said. “When we speak about what’s really trending in the emerging beverage industry, it creates more validity, and aligns us with the retailers. They are all aware of bone broth — and now we can play in the category that they’re so interested in. It’s to both of our advantages.”

Terms of L.A. Libations’ overall investment were not disclosed, but Coca-Cola’s minority stake in the incubator means that, in a sense, the beverage giant has now moved into the bone broth business.

L.A. Libations CEO Danny Stepper would not comment on that particular part of the relationship, but noted that “all of our partners, both retail and strategic, have wanted us to make broader bets.”