“I am excited to continue my partnership with the XYIENCE team this year. Between work and raising a two year-old, XYIENCE has become a staple in my life to help me get through long days,” says Ponder. “No sugar, no calories and it genuinely tastes great! XYIENCE gives me the energy I need to be the best wife, mom and broadcaster I can be.” 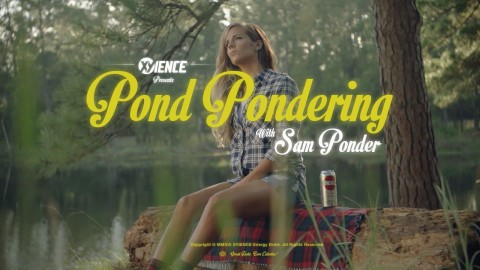 “XYIENCE’s new college football marketing campaign aims to reach older millennials who are increasing their consumption of energy drinks faster than any other age group. Part of our target demographic herself, Samantha Ponder is a household name when it comes to college football, so she is the perfect person to be the face of XYIENCE this season,” says Thomas Oh, SVP of marketing for Big Red, the owner of XYIENCE. “This campaign highlights Sam’s dry yet relatable sense of humor and lets fans engage with both XYIENCE and her throughout the college football season.”

ABOUT XYIENCE (pronounced zi-ence) Launched in 2006 and now headquartered in Austin, Texas, XYIENCE is the original zero calorie energy beverage with all natural flavors and colors. XYIENCE is available in eight exclusively zero calorie flavors: Cherry Lime, Mango Guava, Frostberry Blast, Blue Pomegranate, Cran Razz, Fruit Punch, Tangerine and Melon Mayhem. XYIENCE is marketed strictly to consumers ages 18 and over. XYIENCE was acquired by Big Red, Inc. in 2014. Find more info about XYIENCE online at www.XYIENCE.com or at a retailer near you. Connect with XYIENCE on Facebook, Twitter, Instagram and YouTube.