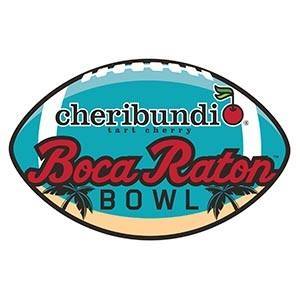 The Cheribundi Boca Raton Bowl will host two Division 1 College Football teams at FAU Stadium on Dec 19th, 2017. Cheribundi is thrilled to be the title sponsor as the Boca Raton Bowl approaches their fourth-year anniversary. The only stadium with a view of the Atlantic Ocean, the major sports event will be televised on ESPN and is ranked as one of the top Bowl games.

”Over 200 professional and collegiate sports teams use Cheribundi as part of their training regimen for muscle recovery and rest, so it only makes sense for the brand to sponsor a big national bowl game,” said CEO Steve Pear. “Cheribundi continues to grow 50% year over year with national distribution at major retail partners. I know that expanding our leadership team will continue to fuel our success.”

During Grech’s leadership at MELT, the agency was awarded 2015’s American Business Award, Cynopsis Sports Marketing Agency of the Year, and the EX Award. In 2013, Grech was named a “Game Changer” by the Sports Business Journal.

She is no stranger to integrated beverage marketing. Before joining MELT, Grech was Manager of Brand Positioning, Advertising, and Sports Marketing Strategy for POWERADE, a Coca-Cola Company brand. Also, Grech worked extensively with retail category management on DASANI, another brand under the Coca-Cola umbrella. Grech received her BBA from the University of Michigan and received her MBA from Emory University.

Chief Financial Officer, Bill Brophy, brings over 30 years of senior-level food and beverage experience in Finance and Accounting to Cheribundi. Renowned brands such as Tropicana, National Beverage, and SM Jaleel in the Caribbean are just some of the brands that have counted on his industry expertise. He most recently served as Vice President of the KCM Division of KIK, one of North America’s largest independent manufacturers of consumer packaged goods. He received both his BS in Accounting and an MBA in Finance from Seton Hall University.

Cheribundi is a not from concentrate tart cherry juice made from a proprietary juicing process developed by scientists at Cornell University to yield peak antioxidant levels. 200 NCAA and professional sports teams, plus hundreds of elite and amateur runners, cyclists, and triathletes are using Cheribundi for increased stamina, athletic recovery and sleep. Teams that use Cheribundi include the New England Patriots, Cleveland Cavaliers, University of Clemson football team, University of Texas, Chicago Blackhawks, and the U.S. Women’s National Soccer Team.

Regular consumption of tart cherry juice is clinically proven to increase stamina and speed up muscle recovery. They also contain significant levels of melatonin that is believed to promote deeper, more restful sleep.

You can find more information about the full line of Cheribundi juices by visiting www.cheribundi.com. Or you can discover the benefits for yourself by taking the Cheribundi 7-Day Challenge.