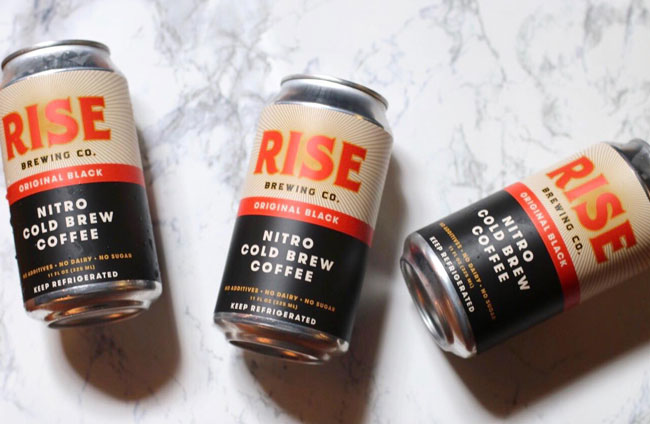 Here’s a quick way to assess any trend in the coffee market: if Starbucks is doing it, it’s going to be a thing.

So when the Seattle-based coffee retail giant announced it would be introducing nitrogen-infused cold brew coffee at 800 stores nationwide one year ago this month, it was less about innovation and more about validation for a drink that has been growing in popularity with coffee aficionados for several years. When Dunkin’ Donuts followed suit last month by introducing nitro cold brew at five locations in the New England market in a test run, it only further confirmed nitro’s growing ubiquity.

As nitro cold brew moves out of boutique coffee houses and into the mainstream, brands are staking out footholds in this emerging market for both on-premise service and packaged products, and keeping the door open for as-yet-unexplored possibilities for infusing nitrogen into other beverages.

In wide-ranging conversations about the growth of the category with several brands working in the space, there was broad agreement that the entrance of Starbucks and Dunkin’ Donuts was good news for the category as a whole.

“It’s validation,” said Mike McKim, co-founder and CEO of Austin-based Cuvee Coffee, of nitro’s move into major retailers. His company was one of the early innovators in nitro, having developed a canned version called Black & Blue in 2012. He called Starbucks’ version of the drink “very well executed,” adding, “It moves the product out of this niche category into obviously something that very smart successful beverage companies are willing to invest money and energy into.”

Jarrett McGovern, co-founder of Brooklyn-based RISE Brewing Co., which offers nitro cold brew both in cans and on draft, said his company we already seeing some of those effects.

“We’ve seen a nice boost in sales and awareness [after Starbucks introduced nitro],” he said. “Starbucks and Dunkin Donuts both are doing a lot of good work in terms of marketing cold brew.”

For brands that have established their reputation as nitro specialists, the way in which nitro is received by customers at the two coffee retailers will likely have a knock-on effect on how they are perceived.

“It’s not rocket science, but at the same time, when someone like Starbucks, Dunkin Donuts, Coke, or whoever gets involved, it’s probably a pretty good bet that they are going to be fantastically consistent, and that’s going to become the benchmark,” said McKim. “So any of us that aren’t consistently at that or beyond that benchmark, it could definitely be problematic.”

As more outlets experiment with nitro coffees, consumers will likely also begin developing preferences for what they expect from them. As the founder of Bona Fide Craft Draft, John Goerke began experimenting with a proprietary process for infusing coffee with nitrogen in 2015. The company currently offers turnkey on-premise services to food and beverage retailers, providing product, equipment maintenance and even cups.

In an interview with BevNET, Goerke described Bona Fide’s nitro cold brew as having average levels of nitrogen, noting that it’s “not all about that visual experience.”

“Nitro doesn’t change the flavor, it only adds to the mouthfeel,” said Goerke in an interview with BevNET. “To me, ‘hypernitroginated’ is more about ‘look how cool this looks,’ not how great it tastes.”

Several of the brands interviewed for this article also pointed out that nitro has had particular appeal with consumers seeking to avoid or cut down on their sugar intake.

“I would say that’s easily the most common response that we get, when people say ‘I don’t have to add sugar to this,’” said McKim. “I’m not a scientist but I think for whatever reason, that texture and that nitrogen creates this perception of sweetness even though there’s no sweetener in the drink when it’s done right.” 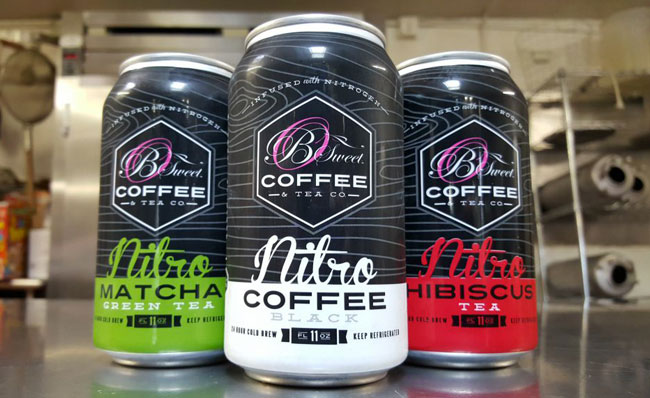 “We are going to stay pretty close to home with coffee, but I see the opportunity with tea,” Goerke said. “We have done a lot of stuff in R&D but some are too early for the market.”

In the wake of Starbucks and Dunkin Donuts getting involved, it remains to be seen how the successful players in this category will eventually be determined. With brands taking somewhat different approaches to taste, visual presentation, convenience and availability, consumers’ collective response to those elements — not to mention the all-important “cool factor” of this trend — will ultimately answer that question.

“At the end of the day, we’re not trying to make it so that people don’t drink coffee with cream and sugar anymore,” said McGovern. “For us, coffee is something that people drink everyday, and I think people are more conscious that they don’t want to drink the calories or sugar.”

“It has to be cool to start with, and second of all it has to taste good,” he said. “At the end of it all, I think taste rules. At the same time, convenience is really important. I think K-Cups proved that with coffee; Americans will sacrifice taste for convenience, even though we don’t like to admit that.”