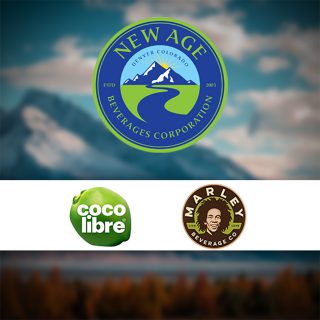 While pitching to investors in February, New Age Beverage Corporation touted its ability to acquire new brands in the healthy beverage space as one of the major drivers of company growth.

Now, just a few months after raising $17.5 million in new financing and earning an up-listing to the NASDAQ exchange, the Denver, Colo.-based company is making good on its claims.

In a pair of moves announced today, New Age Beverage Corporation has acquired Maverick Brands LLC, the parent company of coconut water brand Coco Libre, as well as the assets of Marley Beverage Company, which markets a variety of ready-to-drink coffees, teas and relaxation drinks.

The acquisition of Maverick Brands and its flagship brand Coco Libre for a combination of cash and shares of common stock in New Age “fills an important gap to complete the Company’s functional beverage portfolio,” according to a press release. Specific terms of the deal were not disclosed, and final closing of the transaction is subject to conditions.

Speaking with BevNET, New Age CEO Brent Willis said that he began talking with Coco Libre President Candace Crawford six months ago about how the brand fit into New Age’s corporate structure. New Age has been designed to serve as a one-stop shop for healthy beverages for both retailers and distributors, he said.

“We both saw, and I think their board also saw, this unique window of opportunity in that both consumers are changing — where they aren’t just talking healthy, they are actually buying healthy — and retailers can’t respond fast enough,” he explained, noting that the company passed over 25 to 30 other potential acquisitions before making the deal for Coco Libre.

Along with providing an entry into the $2 billion global coconut water market, Willis said the acquisition will also give New Age an organic sourcing base for a number of new products it has currently in development.

Besides innovations in protein-enhanced and sparkling varieties of coconut water, Crawford said that the fact that Coco Libre is made in America is an important distinction for the brand.

“It’s under all the FDA rules, it’s under everything that is good and pure about bringing products in and making sure they are under regulatory approval over here, that you’re not making things in third-world countries and bringing them in,” she said, adding that the brand has just secured retail placement at Sams Club. “It’s important not only for the American economy but also for regulatory and food safety.”

Willis said the next step would be integrating Coco Libre into New Age’s existing sales, marketing and distribution infrastructure.

“One of the early opportunities that we see is to be able to take the Coco Libre brand really down the street through all of our DSD network,” Willis said. “There are not many coconut waters who have penetrated DSD networks, and it allows you to penetrate a much broader retail universe. In some respects, Coco Libre has a bigger key account presence than New Age does, and so we’ll plan on leveraging those relationships going the other way too.”

The two companies have identified $5 million in cost and revenue synergies to be gained over the next year, according to a press release. The group will gain $3 million in immediate savings from operating expenses and infrastructure convergence.

“We are very pleased to be partnering with New Age and confident that the Marley brand is in good hands,” said Gary Shiffman, a principal of Marley Beverage Co., in a press release, noting that over $35 million has been invested in the Marley brand.

“Our management agreement over the past six months gave both companies a real-time, real-world opportunity to diligence each other, and New Age’s leadership team and commercialization capabilities proved to be exceptional,” Shiffman added.

Willis called the acquisition “the logical next step” after the two companies’ initial partnership. “It really gave the Marley organization and the family time to dillagence us and see if we were as strong as they thought we were,” he said. “Then we got to see the brand and the retail relationships and the franchise, and we also got to test out the people [from the Marley Beverage sales force]. Based on that assessment, we decided to move forward.”

The pair of moves indicate New Age aims to continue building on its momentum from last year, in which the company achieved a new record in gross revenues of $27 million, a 915 percent increase from the previous year. Willis said that the $17.5 million fundraise and the NASDAQ listing helped build credibility and confidence with high quality investors.

“Step one was to get the financial platform for New Age right,” he said. “We’ve been spending the last six months to get the business platform right. Now that you have those two things in place, you have the legitimacy to be able to take on and really build a brand to the quality of Coco Libre and take it to the next level. Without that right financial platform, it would have been no different than Coco Libre as a standalone company, frankly.”